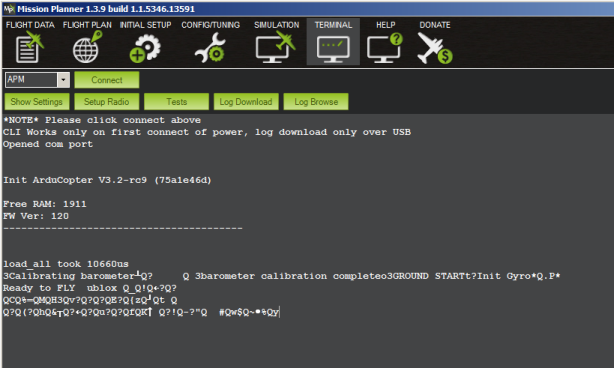 I have been asked to take some pictures of a building going up at my sons school so I thought it would be a good idea to get the latest and greatest going so I could use spline NAV. Repeat the flight again and again as it goes up.

This is an update to my 2013 Steadidrone QU4D which is stock and has performed perfectly to date.

Spektrum DX5e transmitter I think its an AR600 something receiver.

So I did the update, flew an autotune saw that the loiter was toilet bowling (which it did’nt used to) so I thought OK MOT and when I did I received the message above in terminal. Ah not to worry have another APM, 2.7 from HK lying around time to test it. Took out the old one, put in new added all the FW and the same message. Oh blast.

Give it another auto tune anyway just because its cool.

I thought that I had saved it properly but maybe not. After the tune I landed and thought I would fly again and see how the settings were and all was good for a while (minute or so) and then it shot off. I switched to stabilize too late it leveled but still smacked the ground.

I heard an RTL on my Andropilot so perhaps its a radio glitch. I am ashamed to say I did’nt fiddle with failsafes before this flight.

Creating the first LiPo fire I have ever had!!! Nothing serious lots of smoke and excitement.

Your Autotune wasn’t saved and you were flying with the stock PIDs. But they weren’t really far off. For Roll P your actual versus AT result was .150/.105. For Pitch P is was .150/.075 (bigger difference there) your D values for both roll and pitch were really close to the AT results. So your craft was pretty over responsive in pitch and slightly over responsive in roll.

Part of what I find puzzling in your log is the rapid climb it made toward the end of your flight. Your throttle in/out was about the same you had been flying with during hover periods. Yet it climbed pretty rapidly.

Your BaroAlt and RelAlt track real well so no vibration or apparent baro badness.

From what I can see, your excitement begins for no apparent reason at line 31950 when the desired yaw starts increasing at an oddly linear rate. Your craft dutifully follows it. Since the change is so very linear it doesn’t feel like it would be a compassmot sort of thing. There’s no increase in yaw requested on the RCIn channel so your APM didn’t get the idea from your Rx. On top of that you were in Stabilize so the APM shouldn’t be doing too much thinking on it’s own.

I’m not sure if an electrical failure or flaky connection to the compass could cause that, but I’d lean in that direction. Looks like a real interesting problem to me.

That was pilot input, look at RCIN.C4

You are right. I had seen that in C4 but didn’t think what looked like a modest control input would produce such a large yaw departure. Especially since just prior to that there was an even larger C4 input (shown on attached plot) which seemed to result in no yaw response at all.

Another thing I find curious is two instances of Stabilize displayed with no apparent mode change in between. Filtering the log for Mode shows four instances of blank entries for the Mode. I’ve never seen that before but my experience with logs is admittedly not extensive. Always interested in learning more about them though.

Thanks very much for the replies, still uploading the video you will see it very clearly cants left and is off for a few seconds I then switch to stabilize too late. It levels but smacks the ground. Maybe a motor or ESC.

I have rolled back to 3.15 and the baro error message is gone 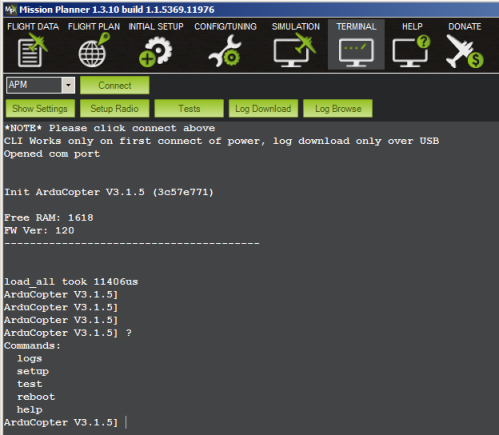