No Parachute? No problem! (There's an app for that) 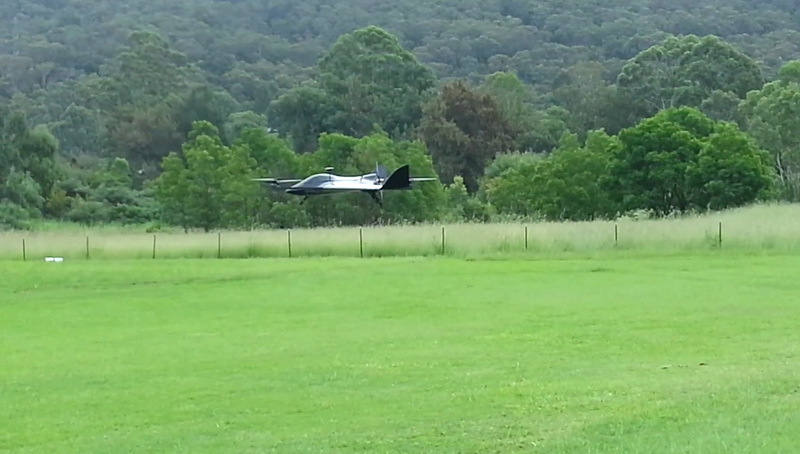 But … the upside down attitude is detected by Ardupilot’s Q_ASSIST_ANGLE code, which re-engages the quad motors and flips back the wing upright. The pilot is then able to land the plane safely. Q_ASSIST_ANGLE saves the day.

Thanks to lead plane developer Andrew “Tridge” Tridgell for his analysis and the link to the video from Darrel Burkey, of Canberra UAV. Tridge as some others calls that recovery feature “Quadchute” [Edit 4/14/17:], a term first coined by developer Sander Smeets of the PX4 team who implemented similar functionality.

Q_ASSIST_ANGLE: Don’t leave home without it! (But do perform pre-flight, including control surfaces, checks. ;)) From Ardupilot’s wiki:

thanks Olivier! I didn’t actually make up the term quadchute though, you’ll find its been used by others

Gotta love that recovery. It was a goner… and then it was saved. fantastic.

Impressive!!!
Can you share a detailed photo from landing legs? sorry offtopic.

Tridge thanks, corrected. Cala: You could try to contact Darrel on YT. Or Canberra UAV.

I love this community! I had a terrible crash due to a stall on my Skywalker 1880 Quadplane. I wrote it up and Tridge created Q_ASSIST_ANGLE (I suggested Q_ASS_SAVE, but he didn’t go for that).
Seeing your plane saved by this bit of code is very satisfying, my loss was not in vain.

Mind blown! I love that recovery! I’m pretty certain there’s no other AP in the world than can get close to the practical application of APM Plane, considering the huge community and the exceptional developers.

There are lots of build photos here: https://flic.kr/s/aHskzLBC9x
Those legs are actually from the original 3DR quad/hexcopter kits. Simple, light and effective.

I’m in the process of doing a qaudplane conversion to a Skywalker X8 now. I’ll be blogging the build a bit better than I did with the Darkwing so hopefully it will be helpful to others. However, I have no intention of ever testing out the Q_Assist_Angle functionality again!

It was very cool but I hope that I never see it again.

Yes, I like them, perhaps is my choose, thank´s