I’m doing a project where I would like to simulate two planes flying around each other and will need to see both at the same time.

I’ve got two instances of Mission Planner’s built in simulator running on two separate computers. Is it possible to connect both instances to a single Mission Planner such that I can see both on a single screen? Otherwise, is that another way to display two simulated planes at the same time?

Thanks in advance for any responses!

You can even have different voices for each. Four tlog’s are written. 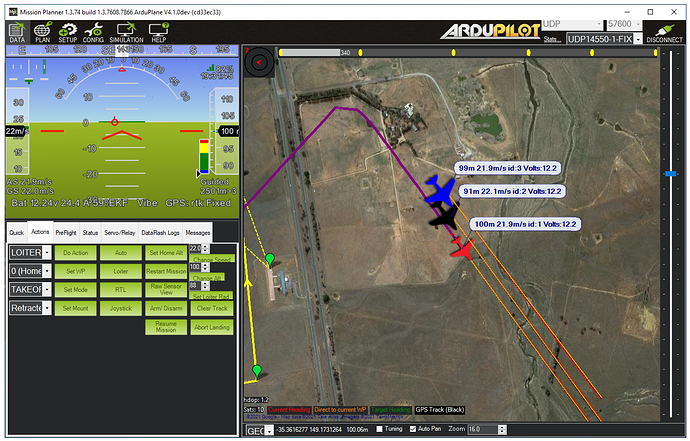