On MP, what does number above {sysid} on tlog Rover indication mean? 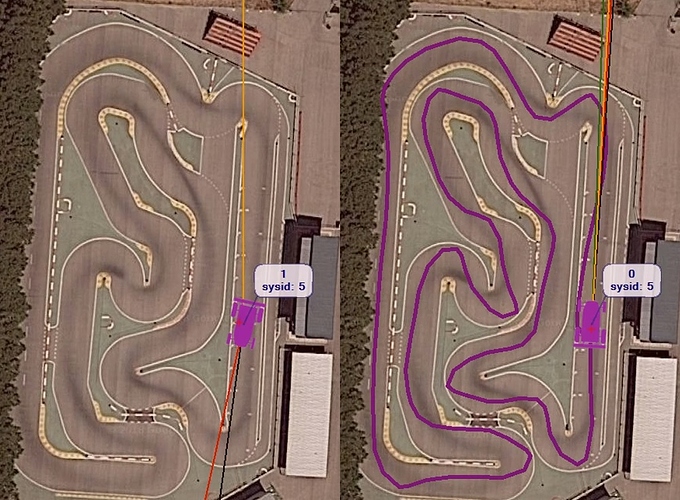 These are captures from a Rover ({sysid}=5) telemetry log capture video:

This mysterious number appears as 0 or 1 along the video. What is it?

It displays the altitude

Thanks a lot for your reply. I suppose it is somekind of a check (altitude should be 0 on rover) or a preparation for this to be incorporated on copter and plane.

But {compid} is always heard as “one” (“uno” in spanish) on both laptops. Where do I adjust it? MP GCS ID seems unrelated.

Suppose the laptops are near (normally in the same LAN, both sounding), and you want to distinguish from which laptop comes a message.

compid is hardcoded in ardupilot. normally each device attached to the drone will use a different compid. eg gimbals, they apear as sysid the same, compid different

Thanks. Then I will also hardcode the laptop identification (not too much work with just two laptops).

It displays the altitude

I see this has been enhanced:

Very nice; thanks a lot.

The right part (.tlog capture) was time adjusted; from day 1 I observe that when MP represents a .tlog file there is a delay. For example, for above, a 1 minute interval on the MP .tlog original file (on the hud GPS atomic clock) display is timed (with a hand chronometer) as 1’05".