Module SSd1306 not working on Pixhawk 2.1 but works fine on pixhawk.

What port are you connecting it to?

I connect it to I2C and set NTF_DiSPLAY_TYPE to 1.

There are two I2C ports in the Pixhawk2.1, if I’m not mistaken you need to connect it to the one integrated in the GPS 2 port. We will need to add a parameter to allow the user to choose what bus they want the display, but that’s not done for now.

I have used GPS port 2 and only used (+, gnd, scl og sda) for checking if it works but no luck so far.

However, neither port would drive my i2c oled display on either of the two available addresses.

This is the display I have.
http://www.heltec.cn/project/minimalist-interior

I thought it was the other way around, the I2C 2 port was connected to the GPS 2 port, but @RawLiquid is right, according to @proficnc website documentation. So, you need to connect it to the GPS 2 port, that’s the one that has the old external bus.

I have tried it too but no luck so far.

The firmware for the Pixhakw 1 and Pixhawk 2.1 is the same and although there are differences in code in some places, this isn’t one of them. Please check if you aren’t mixing the connections.

In your previous answer you mentioned old external bus which you mean internal bus(according to website documentation).Am I right so far?

You are quite right about that but in documentation they have placed GPS 1 as external and GPS 2 as internal. Which it should be the other way round.I ll try that if it work.I ll let you know.

I have tried what you said and checked the wiring diagram in documentation and measured the output Voltage in both SCL and SDA and shows 3.27V through
USB connection. But still doesn’t show anything on Module.Some part of documentation info is misplaced and confusing.If you look at board diagram and the wiring connection to each port GPS 1and gps2 info are misplaced.I have the same display as RAWLIQUID has.He tried both gps1and 2 with no luck.It seems it works on gps1 as Christian Mauch has tested it.
https://m.facebook.com/groups/847946361954654?view=permalink&id=1215970931818860

So apparently my initial thought was correct:

Problem solved as you said .The connection should be on pin 1,4,5,8 of GPS 1 according to documentation.Thanks

It sounds to me like the silkscreen is wrong? I will connect it in series with the compass and expect that will work, I had tested it using gps2 and the i2c2 port based on the silkscreen details. good to hear I can add a display to this…Now to just figure out what needs changing to make the 1.3" one work…

I did the same thing and found out some of the documentation need to be rewritten to avoid misunderstandings. 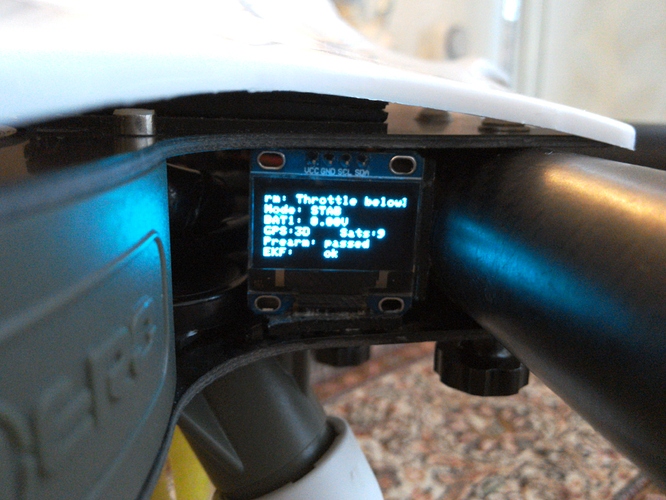 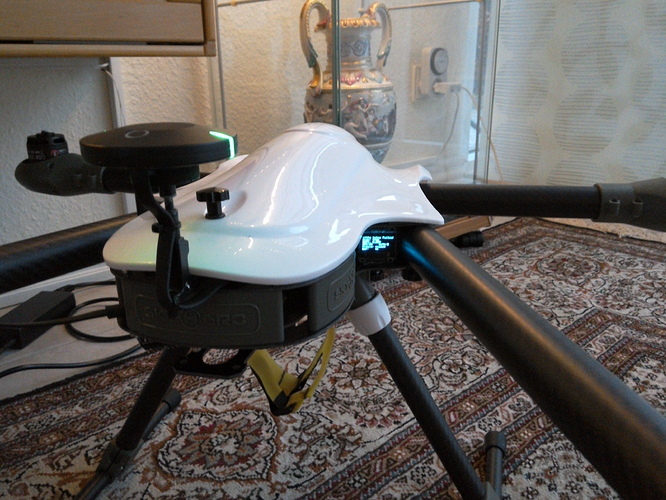 Hello,
Where is connected display on GPS port 1 on the I2C bus?