In earlier posts today I’ve been getting helpful instruction about Mavlink commands for missions.

I had seen in the instructive video about creating a mission that lands, disarms, re-arms, and continues, how to use the “unknown” waypoint to call one of the Mavlink commands that’s not on the Mission Planner list.

I’ve re-watched the video - and was reminded about using the “unknown” waypoint to use an option not listed in Mission Planner.

To test this - I wanted to use the command “197” for DO_SET_ROI_NONE. This command requires no parameters according to the doc contained in the XML file.

Using the simulator, I created a simple mission that takes off, sets a ROI, goes to a couple of waypoints, and then using the “unknown” option, calling mavlink command “197” that re-sets the ROI to nothing. Essentially, turns off the ROI.

Following the instructions in the video, I’ve done this - but Mission Planner fails to write the mission to the copter because of the 197 command.

Can someone please help me figure out what steps I’ve missed that are necessary to use the unlisted mavlink commands using the “unknown” waypoint? 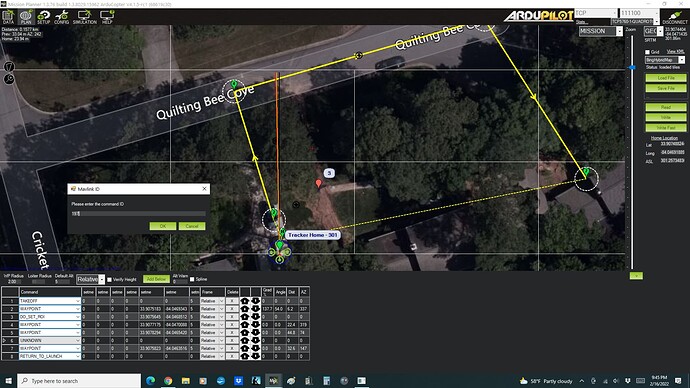 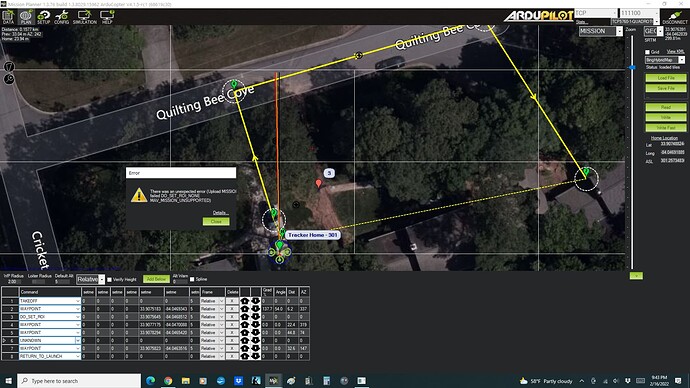 In the link I sent you earlier:

After setting the ROI, the camera/vehicle will continue to follow it until the end of the mission, unless it is changed or cleared by setting another ROI. Clearing the ROI is achieved by setting a later DO_SET_ROI command with all zero for param5-param7 (Lat, Lon and Alt).

Thank you Yuri - I appreciate your helpfulness, but unfortunately there’s a long list of other commands to use.

You’d first need to determine if the command is supported (again, via the resources given in your other thread on the topic). It appears that canceling an ROI is not done the way you thought.

If you find a case where the command is supported but not offered in MP, it seems as if you have the right idea as to how it might be used in a waypoint file.

Can you suggest a way to determine if a command is supported?

Maybe not foolproof, but simply search the source code: 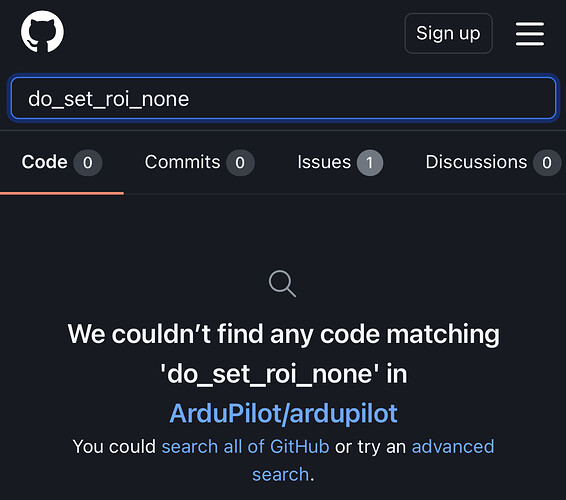 Actually, pretty foolproof. Just not very useful when trying to construct a mission.

And begs the question of why it’s on the list of ArduPilot MavLink commands if it’s not supported.

Not foolproof in the sense that GitHub’s search engine can be finicky.

It’s in the ArduPilot MAVLink dialect fork. That doesn’t mean it’s used (just like any number of library methods and constants).

And I gave you what’s needed to construct a mission.

I’m sorry if you find my questions irritating.

I guess few others are exploring this. But where there is an ArduPilot video detailing the exact technique I tried to use in my test example, I think I’m within bounds to be frustrated that there are so many obstacles.

A list of supported MavLink commands would suffice for my needs. I think anyone would be surprised that the commands documented in the XML file describing the ArduPilot MavLink fork includes unsupported commands.

You may wish to review this video. 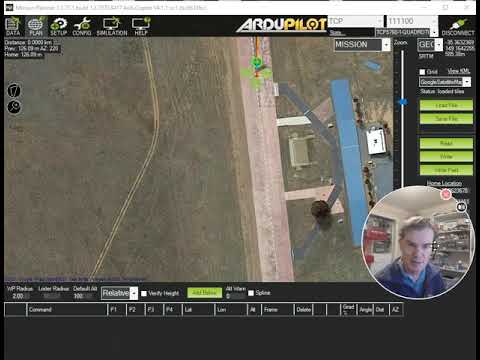 It illustrates using mavlink commands not on the list in doc on your link.

I’m well aware of that video and very familiar with waypoint files. You attempted to use it to do something that is supported in a way that you didn’t expect. I showed you where to find the documentation of the function you wanted (and then some). Somehow you’re still frustrated. I’m out.