I am using the latest build.

I thought I read this was corrected in the latest release? 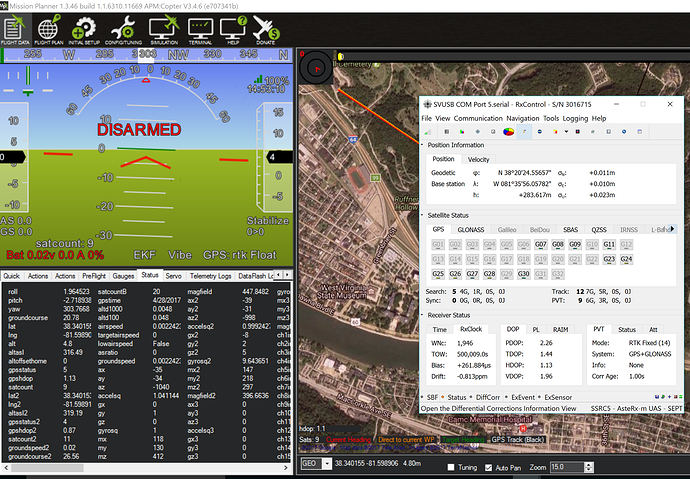 can you provide the Septentrio log? just so I can see how its reporting fixed

Thanks for taking a look. Attached, please find the text file for the GGA string.

ideally the original source sbf file was what I was after. the nmea stuff doesn’t really help

ArduCopter 3.4.6 doesn’t report RTK float vs fixed settings. You need ArduCopter 3.5 for that. On 3.4.6 I believe RTK fixed is reported as RTK float while float comes in as dgps. This has to do with a MAVLink limitation.

Here is the bin file

that file didn’t have the info I was hopeing for 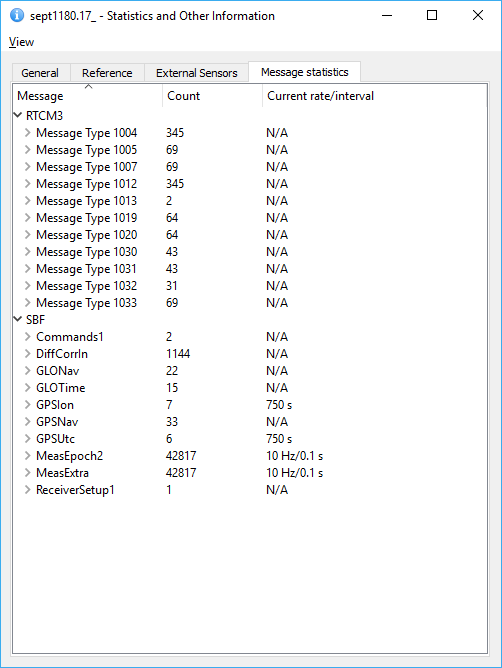 Can I change the logging to get that? 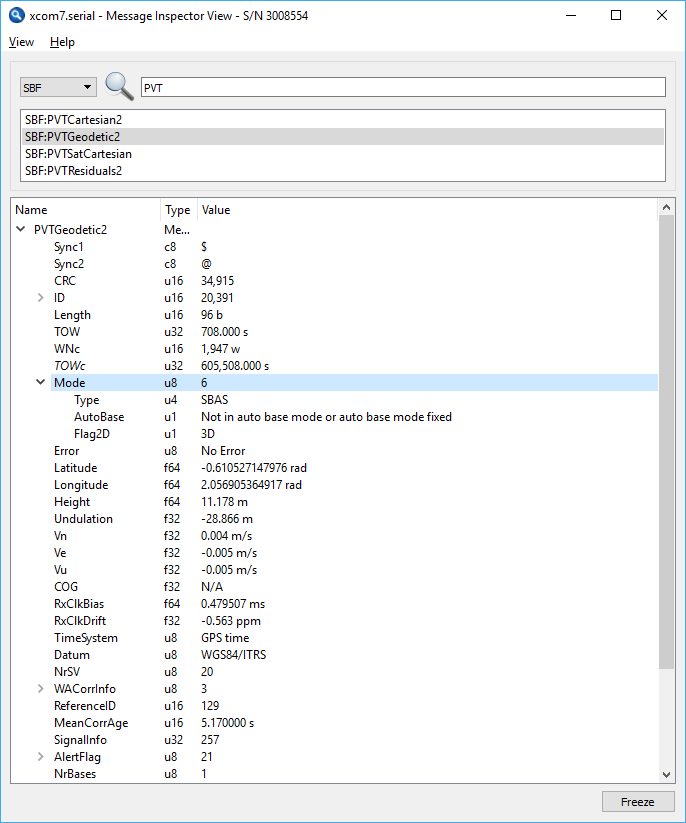 I used rxcontrol to get this

I checked PVTGEODETIC and logged a brief session. It took a few minutes to get a fixed solution, but eventually got there. Here is the bin file.

And here is the requested screen shot 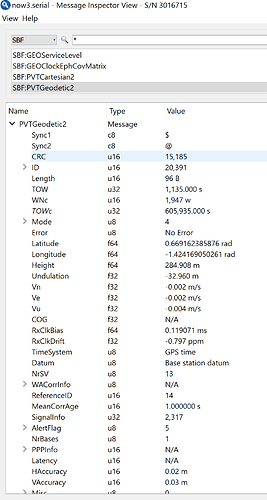 Please let me know if there is anything else I can do to help troubleshoot.

could you do the same SS just with “mode” expanded

Sorry about that. I noticed the drop down after the SS. I shut my rig down for the night. I send you another one tomorrow. 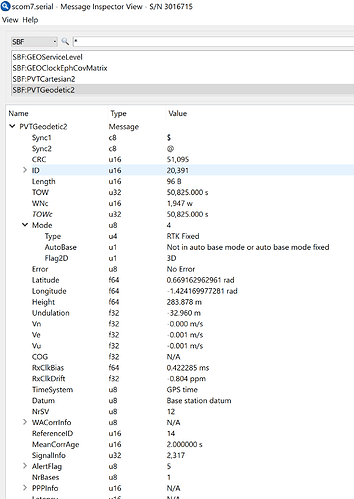 Here is a screen shot with mode expanded. Before I connected, I installed the lastest update.

Here is the bin file with the last two seesions.

Michael dB is correct, this is an issue because of the changes made to AC3.5, I believe Mission planner changed to support those changes. but in earlier versions of AC report it differently. If this needs fixing then it should become conditional on the version of AC being used. I had this same issue earlier with my septentrio and I confirmed that MP reports float when the AsteRX actually reports fixed.

what Jamie and michael said. is the answer. 3.5 is the only software that supports the correct display.

I’ll wait for a stable 3.5 release before I update. Until then, I know RTK float means I have fixed solution, which is the thing I care most about.