Mission Planner not connecting to PH2 by RFD900x

I have been trying to get mission planner to connect to the Pixhawk2 by RFD900x serial connection.

I have successfully connected the modems, the status LEDs are both green. I have also updated the firmware to 2.55 from the RFD firmware site. I have used default settings for the radio modems except for NetID that I have changed to 92. I have also tested on NetID 25.

My Modem settings are in this screenshot 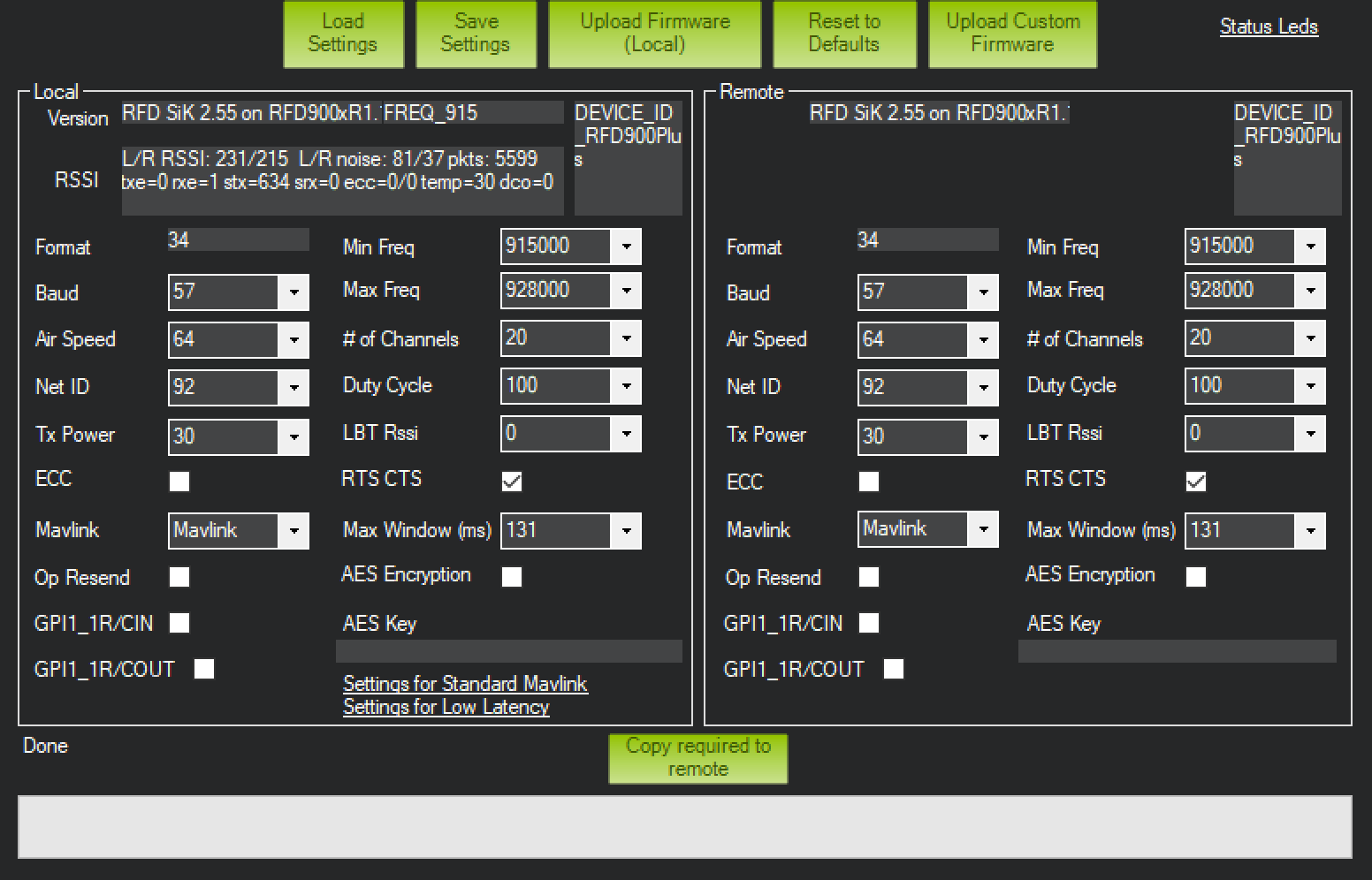 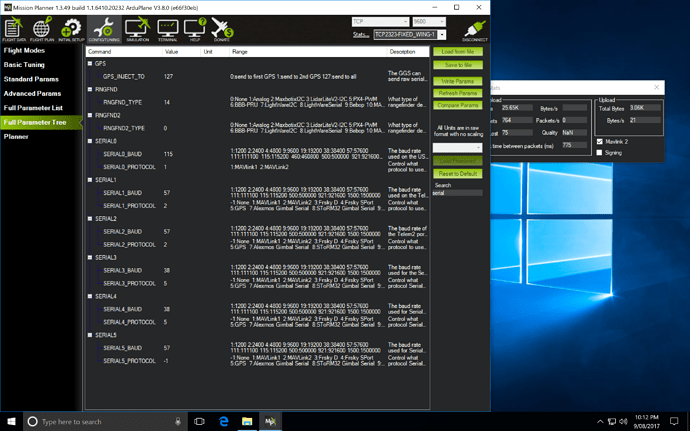 I have tried both MAVLINK 1 and MAVLINK 2 on the serial port.
My RFD900 radio is connected to Serial 1
I have a little banggood esp8266 WiFi radio that is working on Serial 2 the PC connects to the TCP address and mission planner connects.

I have also tried QGroundControl and APMPlanner with same results.

Any help is appreciated, thanks.

try disabling rts/cts as a test

Hi Michael, Thanks for the idea. I have tried but no change.

I’m beginning to think it might be something with the FTDI driver? How might I test that?

The FTDI device is correctly loading the radio settings so it is probably not at fault. I’d try setting the the SERIAL1_PROTOCOL to MAVLink 1 as a quick test, and also check that with just the aircraft side on the RFD LED is indicating that data is being sent to it.

I had to solder up an extension lead and wing connector, maybe I have my TX and RX around the the wrong way?

Yeah verifying the TX/RX swap would be my first guess. You could also use jumpers from your FTDI cable to check that your extension/connector is correct, as you should be able to use the FTDI cable through the telemetry port.

Ok I belled out all my conductors with a multimeter to check both point to point and insulation resistance between conductors.

I found a 7Mohm resistance between earth and TX out from the PH2.

I checked my connector terminals at the wing connector visually and couldn’t see anything obvious. I then sprayed the connector with contact cleaner and the 7Mohm short has gone.

Testing connection still failed. I then moved the WiFi on to Telem 1 and WiFi does not connect on Telem 1, WiFi does work on Telem 2.

I suspect my Cube carrier board has a damaged TX out line? Does this go straight into the Cube or is it the Carrier board that is probably damaged?

Ok no damage to the board. phew!
I have reinstalled arduplane 3.8 back to standard parameters. The RFD is now working so its a parameter thing.

Now I just need to step through resetting my params until the RFD drops out.

Hi @Duds, did you ever get the parameter figured out?