Mission Planner in Ubuntu Stuck on "Done" Screen After Connection

I have a simulator running for this test - but I don’t think that is causing my issue.

After connecting to the aircraft, I successfully get all parameters but then the “Done” dialog box does not go away. Thus, I can not interact with MP. Data in the background shows full connection and updating well. Any thoughts? 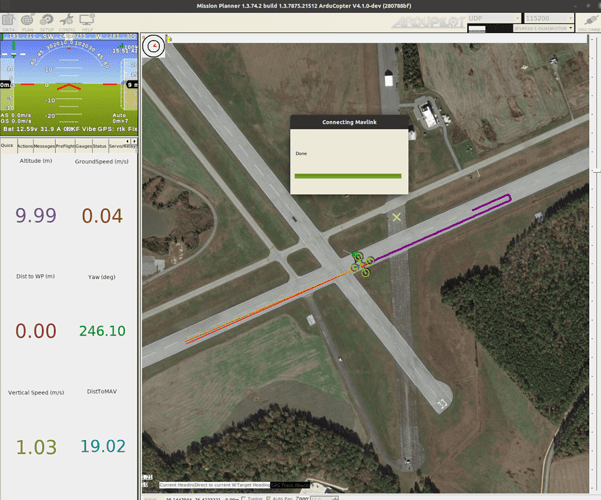 could you please send a screen shot of terminal window 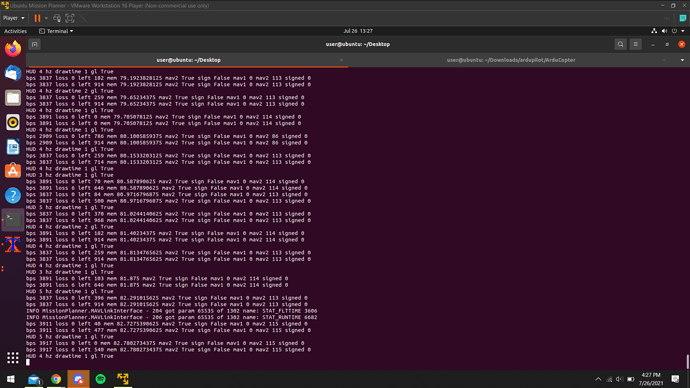 Did you tried this ?

Yes - I followed those instructions.

Mission Planner is working perfectly in the background too - I can observe by sending mavlink commands and see the GUI updating properly. The “Done” window just doesn’t go away and removes my ability to interact with MP.

Rolled back to latest stable and still stuck on Done. 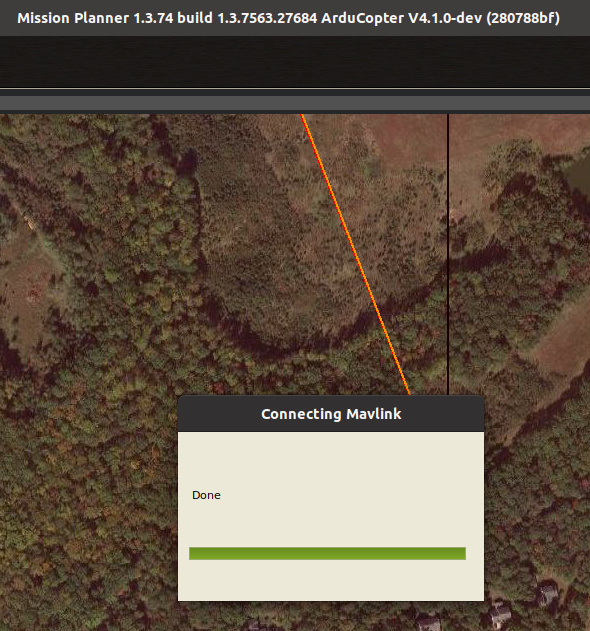 I can now confirm that this only happens when connecting to an SITL setup via the following steps:

It looks like connecting to the sim opens up two windows sometimes which is where the issue arises: 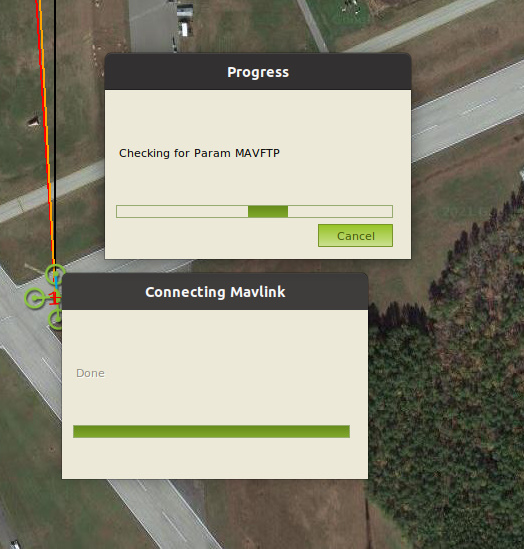 Is there anyway to make it so that MP doesn’t autoconnect to TCP/UDP ports? I believe this is where my issue stems.

I played around with this a bit more and I think I have narrowed down the issue to the exact problem.

If I run the simulator and restrict it to only streaming out at one address MP works properly. However, as soon as I start outputting data on a second stream MP tries to connect (even though it is already connected to stream 1) and then gets stuck on “Done” again.

I do need to have two data streams being outputted via mavproxy - so I will have to find a fix eventually.

Any input is greatly appreciated!

Right now my best bet has been to spam cancel as soon as MP starts automatically connecting to both IPs and then manually connect normally. Not ideal - but functional till I figure out the bug.

This doesn’t work 100% of the time though - I run into very slow parameter loading sometimes followed by a “Failed to Connect”.

This might help to configure different streams in different ways

do you not get a X in the corner? 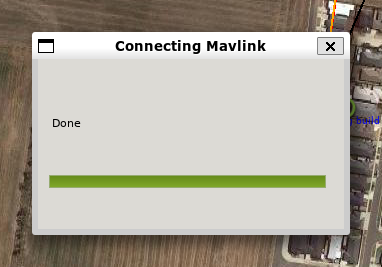 I can confirm that there is no any close button with ubuntu 20.04 latest gnome version

I am facing the same problem; seems to be a problem with UBUNTU 20 ( not sure though as the same works like a charm with UBUNTU - 18). I am ON it will update if i find a work around.