I was able to make survey(grid) missions and the software was working without problems, but today for no reason it began to crash, I reinstall the software but the problem remains…after drawing a polygon when select the survey (grid) option, mission planner crash and never come back.

I use the last version of MP on windows 8.1 and as I said until today all works fine

please post screenshots or any information about the crash. you have not given me anything to go on at the moment.

for the last screen it takes several minutes to show the survey grid windows and sometimes show a lot of colours finally when I try to do something it close down. 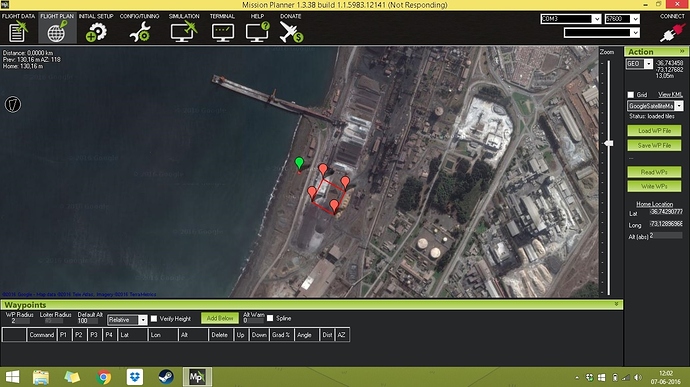 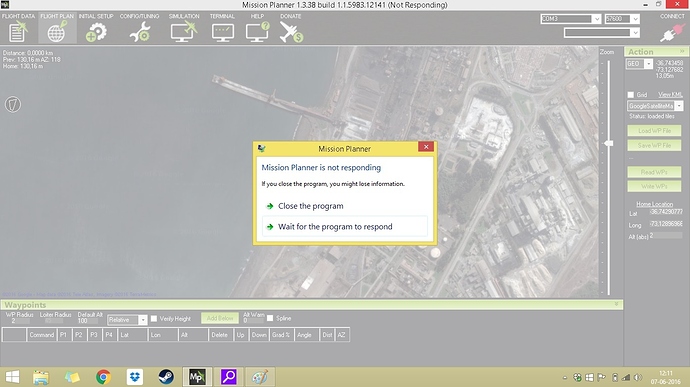 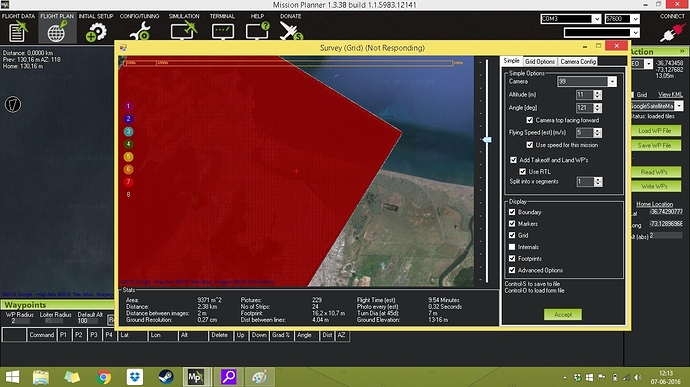 I belive that its crashes because of footprints, if there are many photos to take, I tried whit smallest area and unchecking the footprints box and it doesn’t crash. Then, when I click on the footprints box appear a lot of coloured points, I think that it’s collapsed my computer. 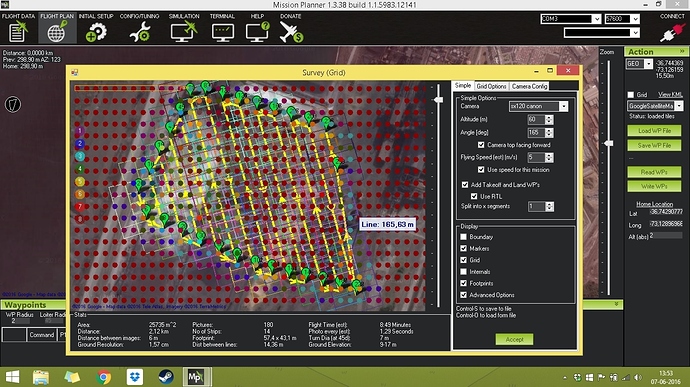 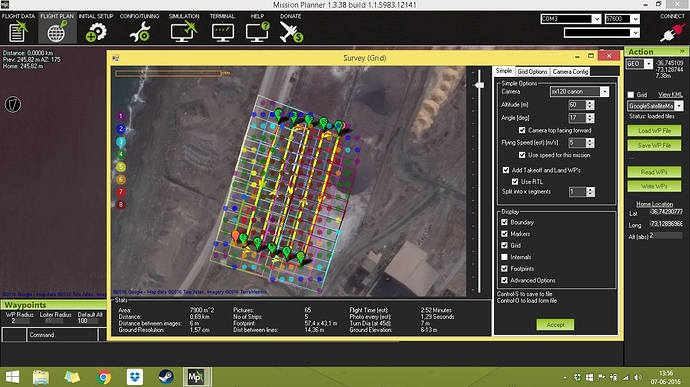 beta mp changes how many point are displayed. sounds like a bug I have fixed, but hasn’t made it to release yet.
also my guess is its not crashing at all. its just taking a very long time because of the dots. it uses a lot fo cpu to generate those overlaps.

Yes it’s, anyways when I uncheck the footprint box I don’t have problem with that.

But recently I’m having another issue when a mision survey grid it’s going on, some photos aren’t taken, is not a camera trouble, the ardupilot doesn’t send the signal sometimes.

I cant really comment on that issue. but I would check cabling, as I do think ardupilot will be triggering.