Flying a typical test mission today the copter was flying faster than the 3 m/s than I had programmed in the mission.

I check everything back on the work bench, and found that the copter had been flying 10 m/s - which is the setting for WPNAV_SPEED.

It appears that the DO_CHANGE_SPEED command of “3 m/s” was ignored.

Attached is a link to the log - if anyone has any ideas on what I might have done wrong to cause this, I’d appreciate the help. 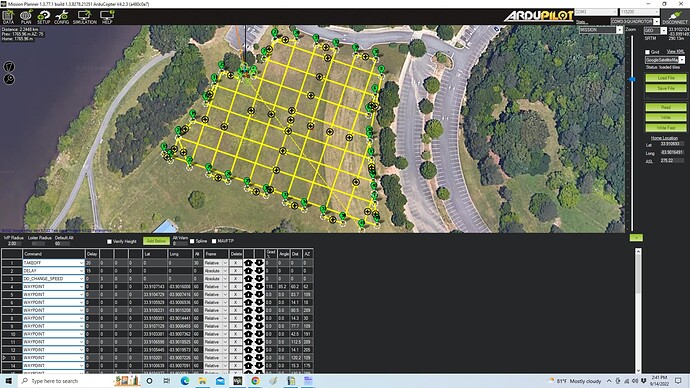 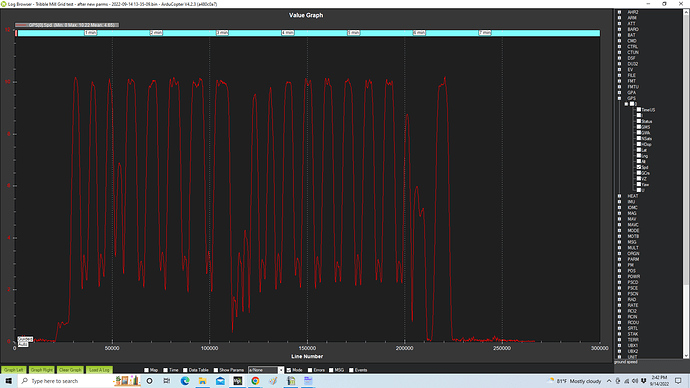 I do have the same problem.
WPNAV_SPEED is set to 8 m/s.
In the misison I command 5 m/s with DO_CHANGE_SPEED, yet the drone continues to fly with 8 m/s after the command.

I’ve just been playing with this in the simulator and I’ve noticed the same thing. DO_CHANGE_SPEED in a mission was ignored and the quad flew at WPNAV_SPEED.

Thanks very much for testing. I’ve added this to our 4.3 issues list and we will investigate.

EDIT: ah, wait. This is a known issue. If you move the DO_CHANGE_SPEED command to be immediately after a waypoint then it will work. I think we can get this fixed before the final release.

I just realized that I posted this in the wrong section. I’m using the latest stable version of copter - not the new beta release. So the issue pre-dates the beta. Sorry for the confusion.

No problems. Thanks for the clarification and I hopefully we can resolve this for Copter-4.3 in any case.

I’ve added the variation (NAV_DELAY vs TAKEOFF) to the issue as well, I’m sure it’s the same underlying issue.

I use the DELAY function frequently. (I’m not sure if “NAV_DELAY” is the same as “DELAY” on Mission Planner mission grids.)

Typically I takeoff, then delay for 15 seconds. This time allows for any yaw resets or other anomalies to occur before continuing on the mission.