I’m experiencing some strange issue with my Matek boards. I’ve taken a fresh FC from the bag installed the firmware and calibrated the accelerometer. The board ever since the first boot is showing ground speed which is accelerating and climb rate which is decreasing(increasing towards negative). I wouldn’t think much of it and would take another board, but I had the exact same issue on a used board as well. I tried to see if it’s maybe the GCS software by leaving the FC connected and switching from MP to QGC, the numbers continued where they left off so it’s either a hardware or firmware issue.
In either case I’d be very surprised if it was just me experiencing this. Has anyone seen this on their end? Is it just because there’s no GPS connected and that’s supposed to be nominal behaviour? Is there a fault in the FC? What’s causing this?

I’m not excited to spend time to build the system with the flight controller doing this without anything connected to it on the table as if this persists, the EKF will never initialize and I’ll have to go back and change the FC again.

I’d appreciate any thoughts on how to troubleshoot this.

Here’s what it looks like on my QGC screen. 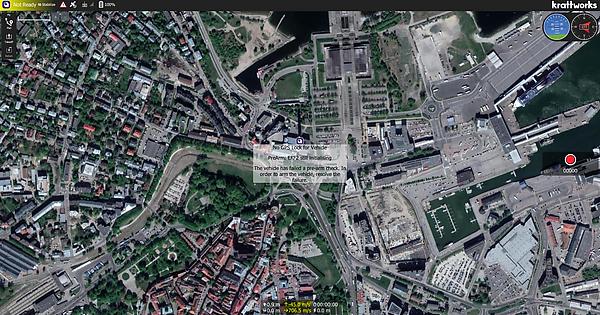 I took another Matek board the F405 WING and tested it. It seemed to have no problem like that. Then I updated it to 4.0.6. and then, the same issue appears. Board sitting without any extras on the table and the speed starts picking up. So it looks to be some possible 4.0.6. bug