I have an 8+2 separate lift+thrust vtol that i’m trying to transition into airplane mode. The vehicle immediately upon transition starts yawing and spins. I looked through the log, and apparently the moment the flightmode switch goes from QLoiter to FBWA, the desired yaw is set to 0. Any ideas? 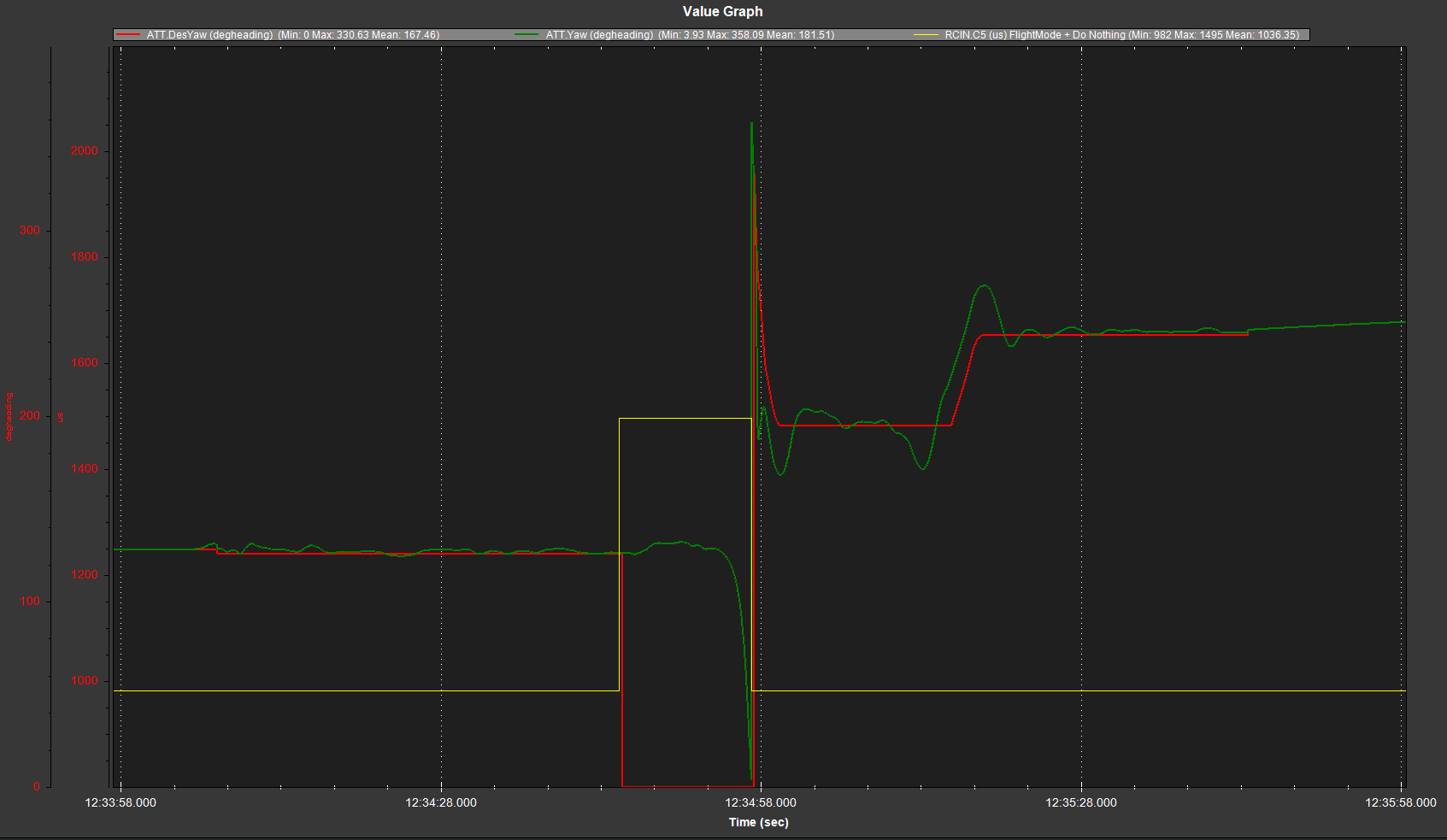 Here’s two logs where this behavior was observed:

Yes, ArduPlane shuts off yaw control from the VTOL motors entirely during transition to prevent wing twist. As far as I know, this is only documented in a comment in the code (though I could be wrong). This is less important on an octo setup, and if you have a rigid enough frame, you could try commenting this out, but it might be risky. Your particular problem seems to persist after transition though too (more on that later), so this might not be the answer for you.

Since you have two forward thrust motors, they could be used for yaw stabilization. From your logs, I see that you have the differential thrust configured. You would need to set up the Yaw Damper. I don’t have experience with that feature, so I don’t know for sure if that is the right way to approach this.

If you look at the RATE messages, and channels 11-13, the rudder, and to a much lesser extent the differential thrust, were trying to compensate for the spin (I’m not sure why, because as mentioned earlier, I thought the yaw damper needed to be configured in order to do that), but either there is some reversed control (like having the left/right throttle channels reversed, or the servo direction wrong on the rudder), or the aircraft is highly directionally unstable, and it needs more aggressive damping, and maybe a higher value for RUDD_DT_GAIN. In one of the logs, you actually managed to complete a transition, and still got into a flat spin after that point, which sounds like poor directional stability to me, which can be compensated for, but will be tricky.