Mapping Quad to Africa for OpenMap Tanzania. Anyone got anything to donate?

A Facebook post by @Walter_Volkmann caught my eye a few months ago about a guy in Tanzania named Bornlove Ntikha flying with Ardupilot Bamboo and Expanded Polystyrene Quadcopters to show what was possible with locally available materials. 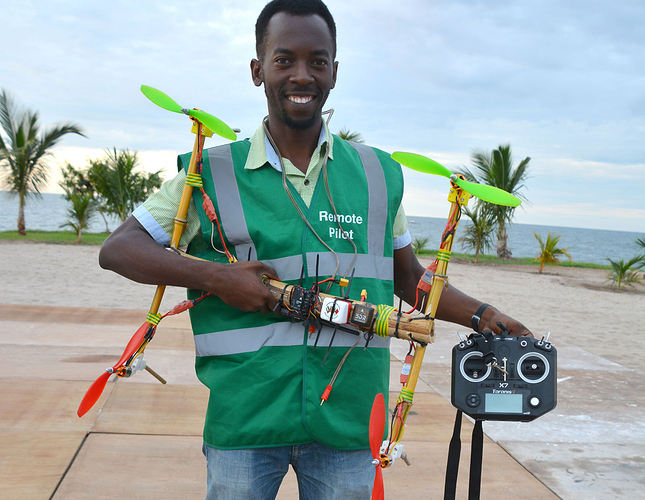 MzMwOTAyOA1240×960 344 KB
I read it literally at the time I was wondering what I was going to do with my unused 2016 vintage mapping quadcopters. A few emails later and I had agreed to send one to Tanzania. Turns out you cannot ship any drone into Tanazina without it being impounded. Then I found someone in the US working for Open Map Development Tanzania with whom Bornlove is working with. So I can dismantle the drone and have it carried into Tanzania. Plan A was to send a bigger 17 inch propped 6S machine but then I found out that LiPo batteries for it would cost north of $1000. Lithium batteries are only available in most parts of Africa direct-shipped from the US at about 300% mark up on US retail. So Plan B was to fire up the 4S powered Y6 12 inch mapper I first built since they have some of those batteries and I could supply a few to be carried in check-in luggage. 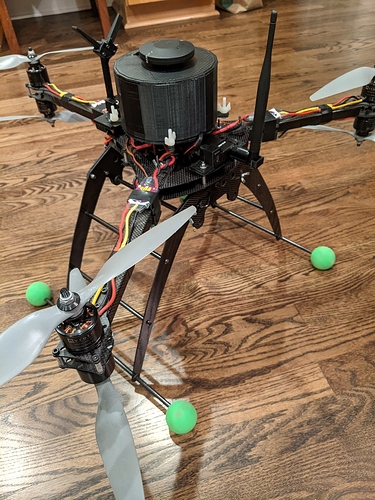 y6small1000×1333 448 KB
It seems they already have some ZF9Ps for GCP. The reason for this post is to see if anyone else has unused mapping quads that can hoist Sony mirrorless cameras and they wish to donate them – either as frames or electronics. This class of multirotor does not have a lot of value now, sadly.

Additionally if anyone has a long range telemetry radio they can spare, message me (like an old RFD900 – I have lots of low power telemetry radios). There is an educational component to this so spare parts are useful too: current flight controllers, smaller quads, etc. Open Source is the key here I believe – so Ardupilot rules.