Is this system compatible with the Mac OSX?

If not, are there any plans for a Mac OS version?

@taras3,
The APM code runs on the Atmel 2560 mcu and is independent of Windows, Mac OS, and Linux operating systems. There are versions of the Arduino IDE that will run on Windows, Mac OS, and Linux.
There are versions of the Mission Planner, which is used to communicate with the APM, that will run on Windows and the Mac OS.
Look here: ardupilot.com/downloads/
Regards,
TCIII

Which versions? I’m trying to get Mission Planner to run on my Mac (Big Sur) using the recommended mono and it fails with ERROR MissionPlanner.Program - System.DllNotFoundException: libdl.so assembly

I just downloaded build #468 - great progress in a short time. Great to see a proper installer. I’ll use this new version on the weekend, I already think I see UI improvements. Thanks @Michael_Oborne and team!

Do you hear speech with #468? I never heard anything with previous versions, but could never knew or be informed if speech was not included yet, or if I was missing some configuration on the Mac Mini 2014 I was using for this.

Mode change is a simple test which can be done at home. I see mode change on the hud when changing it with transmitter, but don’t hear it (speech enabled (shown in spanish, but the same happens in english)).

Speech works in the Android version.

Does anyone know how to access the “Control-F” menu in the Mac/OSX version of mission planner? I’ve tried control-F, command-F, option-F, fn-F and many combinations of these - nothing works. Surely this should just be a menu option anyway?

Thanks @Michael_Oborne - wow there is a lot! Perhaps others have said this - but this really deserves a “proper” menu/button somewhere.

what feature are you looking for in that screen?

Thats true yes, but how about this:- Add a new “Tools” button on the top Mission Planner toolbar. When you click tools, there can be a set of side menu groupings of tools.

This might also make a better home for somethings that are on the tab menu on the main Data page which is getting pretty busy.

I tested #533 on Intel Mac Mini 2014 with Monterey 12.1. As before, everything seems to work except there is no sound, and Tuning window cannot be redimensioned.

Incidentally, Tracker Home can be set including ASL altitude (as in Android version): 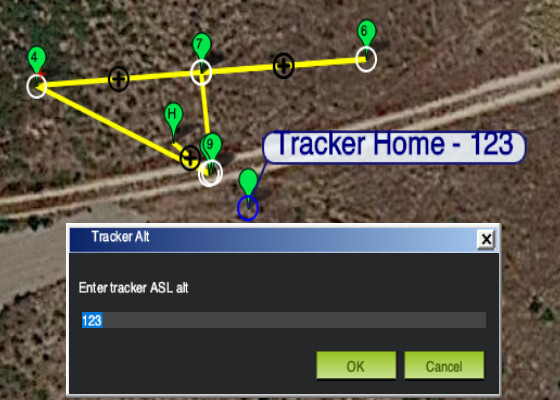 In the Windows version (now 1.3.7998.11596) it continues being set the old way:
Obtain from Module (which I could never make work, or know exactly how and with what),
Set Here (without ASL altitude).

Some big usability improvements in recent OSX builds of Mission Planner. The weird window resize on startup is gone. Font sizes have improved so you can now actually read the text on the screen. (I’d like to make it a bit bigger actually). Searching for parameters no longer crashes and connecting to a vehicle is way more reliable and much faster.

Thanks for this, which I have tested again on a Mac Mini 2014 (#875). Certainly many improvements in visibility which don’t require intervention and almost everything fits, but compared to Windows version:

I prefer MacOS/Android versions way to place the tracker, better than Windows/Linux versions.

I didn’t do it - just reporting on what I have seen.

but like you I am VERY happy with the improvements. Thanks really should go to @Michael_Oborne I think.

@timtuxworth @Webillo would you kindly share an up to date link to download the Mac version please. thx

Follow this and choose last version (#878 at the time of this writing).

im looking into the TTS stuff, but i think i broke the current build on osx

sounds should be working on latest build

Yes! Great! Here is a short test on a Mac Mini 2014 Intel (MP&QGC) with two ArduCopters: 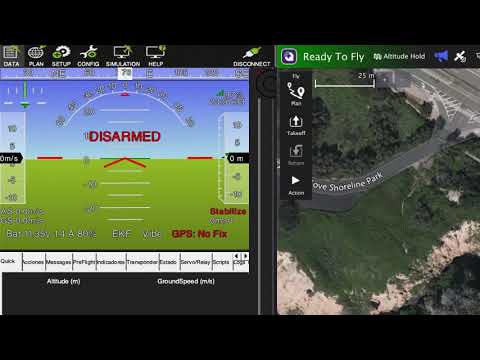 I suppose that in QGC voices are always in english. Both have the system voice, and I suppose that is fixed by the OS (in Windows you can have several MP instances each with a different voice).

Playing a .tlog also works, although I have noticed some stuttering. Perhaps inform MP that it is a slow computer?

Please, note that when pressing on the hud EKF or Vibe the resulting window gets exclusive focus and inhibits selecting other MP options.