I’ve found an issue with the load and append function in flight planning. I would like to use the feature to be able to append pre-planned approach patterns onto my flights. It works fine except for one thing: MP creates a new waypoint between the existing mission and the appended mission. This point shows up on top of the home point and has an altitude (at least in my case) of 229.79 m. In the attached image, the flight plan I created ended with waypoint 6 and the appended plan started with 8. Waypoint 7 is the junk point that was created. 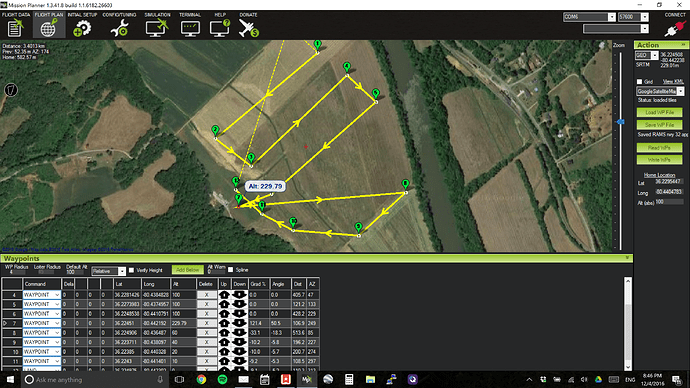 thanks for the report. ive fixed in the current MP beta.

Unfortunately it looks like the issue is still there. This was on latest stable and beta. 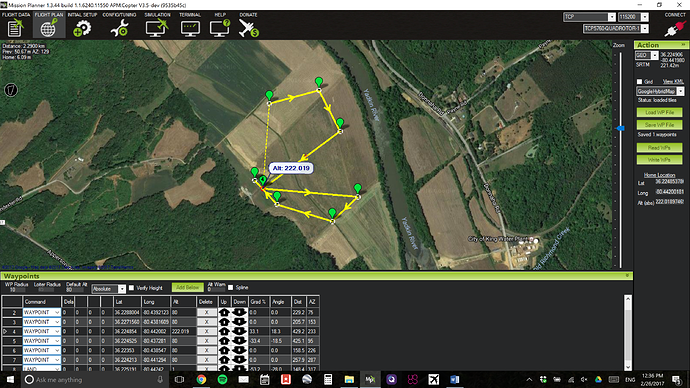 you appear to be correct. ive just pushed a new patch to actually fix it this time. the extra point is actually the home location in the file