Just wondering how terrain following is coming along. Wonder if it would be possible to use the data coming from a Phoenix AL3 for terrain data? http://www.phoenix-aerial.com/products/lidar-systems/al3-32/

Position and trajectory of the copter is already orientated within the point cloud. The reason I ask it the operating altitude of the AL3 is really 60-70 meters. With mountainous terrain and tall trees it’s a lot to risk. Going with the Reigl lidar which can scan much higher, you’re looking at another $130K and a lot more weight.

@rmackay9 is the one who probably knows this.

If you’re talking purely about terrain following then these sensors definitely seem like overkill to me. There is a big difference between site surveying (which is what the AL3 does) and being able to maintain relative altitude.

I have recently been assessing integration of terrain following and other flight capabilities based on sensors that provide a higher degree of spatial awareness.

I think we have a way to go yet, but there are some very interesting possibilities and applications.

Copter can do terrain following with a lidar in manual modes but not auto modes yet. A company has sponsored that effort so I think it will go into Copter-3.4.
I agree with RobG that the lidar shown looks like overkill (too expensive, too heavy) for this application. Maybe if it’s on the vehicle already and being used for another purpose it would make sense to use such a sensor.

I need terrain following to keep the lidar safe from collision. Not all mapping projects are nice flat terrain. With SfM software like Pix4d and a camera, complex terrain can simply be handled by flying higher (well, your ground sampling distance get bigger) But lidar like the AL3, going higher than 80m means little or no returns. There’s some cool Lightware sensors, but seems redundant when you got a scanner already. Not to mention everything would be at the same wavelength.

@X1Aero,
So it’s possible we could add support for that big sensor you mention but I think it would probably require a company (or someone) providing a developer to work with us (i.e. we can give advice) or a company to sponsor an existing developer to write the driver. It’s open source so of course, anyone can write the driver, but realistically because it’s just a specialised device, it’s unlikely that a volunteer developer is going to pick up the task. More common, lower cost device, like the lightware range finders are already supported.

By the way, here’s a video I made yesterday of terrain following based on google earth data. This will go into Copter-3.4. 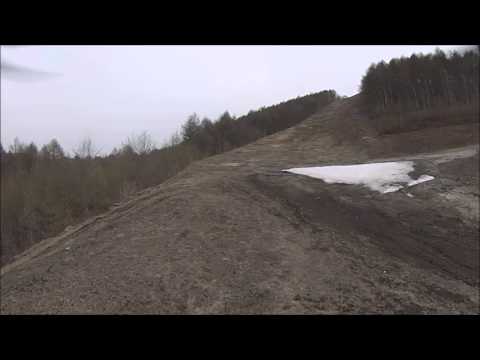 I could probably convince Greyson as Phoenix to join in. I know it’s something they would appreciate to offer customers. Also, we’re always doing research projects with UBC (University of British Columbia) as they have a UAV lab as part of their mechanical, electrical and software engineer departments.

Got to thinking some more about this and wondered if using a Lightware lidar would simpler. The issue I could see would be the Phoenix lidar seeing the Lightware as noise and vice versa. But then the Poenix is 2 return so it may discriminate the Lightware’s pulse, but maybe not the other way. Cruising on Earth Explorer and USGS, seems most of the areas I would be working in Canada are 1arc second, so 30m which is pretty good. It would be great to load up SRTM terrain data and have the Lightware as a backup in case I exceeded a minimum separation of elevation… like a 50m tree : ) Guess I should learn how to compile 3.4 as it’s not a beta yet and test it with a smaller copter. Love to see the elevation graph of you test fight if you have time. Cheers!

I am in need of Terrain Follow for Auto Missions on large ag hexacopter. I am running Pixhawk 1. Is there a solution for this yet? If so, what is the recommended unit e.g. Lidar Lite, etc…