Ok here’s a quick test - specifically for the LeddarOne. Started in garage where I’m too shielded to get gps lock in case you see weirdness there.
Outside obviously as soon as gps gets signal.

1st thing I noticed was you need to hit the safety switch again for RC Aux channels to activate.

On the LeddarOne - everything worked fine on the FC. However it doesn’t quite seem right. It almost acts like my Lighware when I try it on I2C…it just seems sketchy. It’ll read on the hud sonar_range…then I look again and it doesn’t.
During the flight,

It’s pretty humid here as it just rained so it’s nowhere near ideal conditions.I brought it down and checked the lens and everything and it seemed fine, and I think it runs somewhere around 105-110C, so it should be hot enough to burn off any fog.

Armed fine, took off and it started the bobbing thing that my lightware did at first. I think that was a combination of FC rangfinder gain settings and settings on the lightware - but bobbing.
It did appear to get better when I moved over the asphault but it was still a little unstable.

During the bobbing, it would shoot from 20 ft on the hud, then show 50 ft, and it was nowhere near that.

I’ll try again tomorrow, just figured I’d post this for now. It flew fine otherwise. I think anyone watching would have been clenching

Here’s my params file if you need

Thanks for the time and work guys.

Flew pretty well but had “bad lidar health” issues most of the time.

Thanks for the work on it Shingo. I’ve had this thing a long time hoping for it to be integrated.

You know I thought about that when I installed the device. I have to get it out of the footprint of my landing skid so it’s pushing close to 30 cm. I upsized the wire I made for it to 20ga to compensate, but it may not be enough.

I’ll mount it differently and shorten that wire and let you know.

Shingo - I was also wondering how you’ve setup your LeddarOne. What settings are you actually using in the LeddarOne’s hardware setup? As well, what are the parameters you’ve set on the FC itself, if you don’t mind sharing.

I asked to LeddarTech whether they have mount part for LeddarOne but they don’t have. I made LeddarOne base from acrylic board. 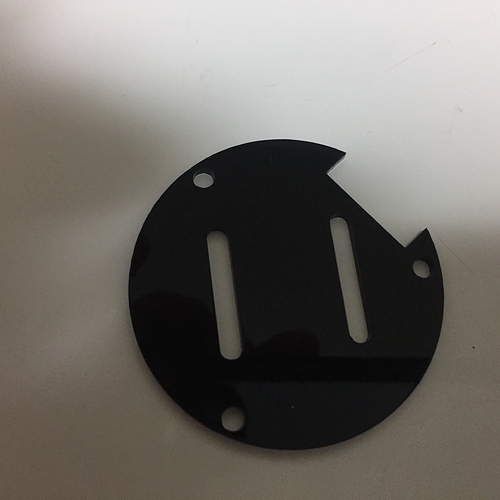 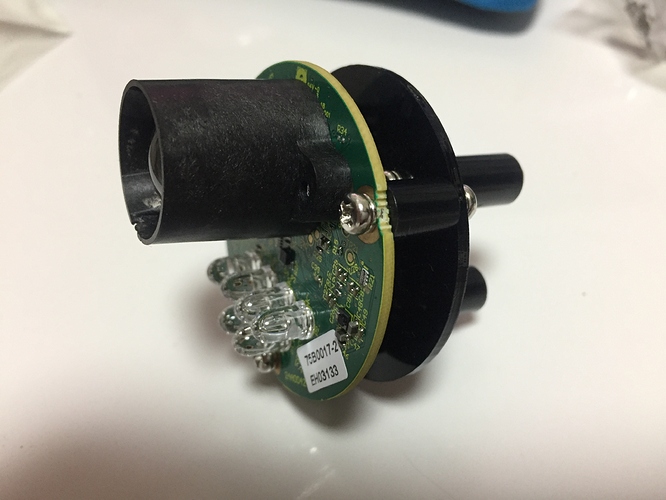 Regarging to parameters, I set same parameters to ardupilot LeddarOne document. I connect LeddarOne to SERIAL4 with 115200 baud rate.

Sorry, yon asked me about config of LeddarOne. l misunderstood.

I don’t edit any settiogs of LeddarOne. So it is all default value. I have only config tool which you can download from LeddarTech support site.

OK that’s what I’m doing and I’m still getting the error bad lidar health after shortening that cable to about 22cm.
Also getting 24-1 errors after takeoff and fairly large differences in height readings between FC and leddar.

Also here’s a 3d printable gimbal style mount I made for it if you have acess to a 3d printer.

Edit…I did make the bobbing up and down a bit better by adjusting the gain setting down under rngfind but it still does it. Should I be setting the EKF2 use rangefind hgt setting or terrain follow or both with this?

Thanks for the help.

I believe there’s more going on here and I’ve started a new thread on it.

Please lock this one?

Sorry for my reply delay. l locked this thread.

Thank you for sharing the drawing!

I am adding some changes LeddarOne driver to be more faster. The bad lidar health might disappear.

Yay! Thanks Shingo. Look forward to trying it out.

I saw your drawing. It is very cool!

I’ve posted a collection of other models I’ve made in this thread - maybe there’s something else you could use.