Wanting to update my Copter to the latest 4.2 beta build today, I first updated MP to the latest beta, as is usually best practice. I can no longer connect to any MAVLink serial device (multiple flight controllers and radios attempted). I tried reinstalling drivers, but it’s not a driver problem. MAVProxy connects fine.

Identical behavior here. Revert to stable per the link above for now.

hopefully will be fixed now

No matter if via USB or UDP, the heartbeat packets are not recognized. 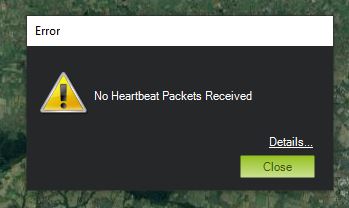 With older MP versions, the connections are made perfectly.

EDIT: I forgot that you have to do a manual update from the current stable release because of the AppVeyor oddities. A manual update to the beta release results in the same, broken behavior.

save, and try again