My camera copter is ready for maiden flight except PIDs are still default. Would someone here recommend which PIDs I should try for first flight and perhaps give a tip what else should I do before flight? Maiden flight is as quad and final is X8. 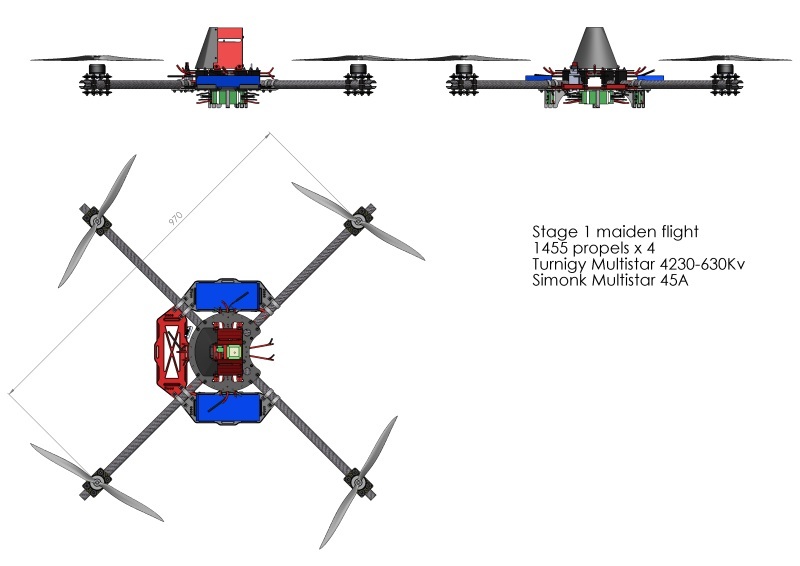 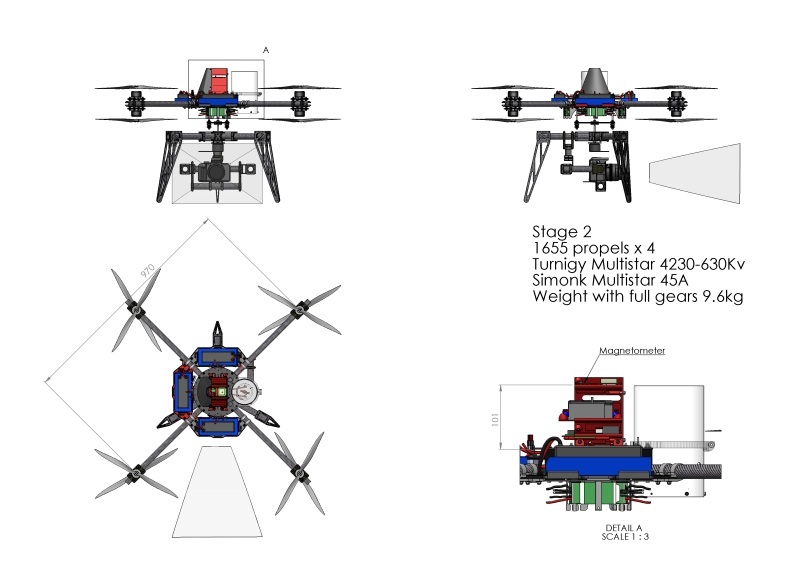 I maidened My large Octocopter yesterday and to be honest to was rock solid with the default PIDs. I was well impressed.

I still need to test the flight modes so not sure on PIDs for those.

My advice: Have the first flight with all pids at default and see how you get on. I Set the CH6 option to roll/pitch KP to fine tune if needed.

Here is my post from yesterday with a pic of my copter: http://ardupilot.com/forum/viewtopic.php?f=80&t=5909

Thanks for your reply! Not too many replies in this new forum yet.

I tried to take off very carefully indoors at garage using default PIDs. Copter was trying to flip to left side and I didn’t try to raise throttle for take off. Tomorrow I have planned to try lower PIDS because flipping effect was quite strong. Copter was on the ground effect but still.

Here is one discussion where someone ended to lower P as low as 0.05 instead of 0.15: http://diydrones.com/forum/topics/ardupilot-mega-any-good-for-larger-multi-copter-frames

Copter flew today at first time. At first try with P0.10 for RATE ROLL and RATE PITCH copter took off straight up by just adding throttle slowly until it was in the air.