Landings not equal to Takeoffs

Well another frustrating day in my drone building life. Went to the field twice today. Two takeoffs, one landing, one crash.

Earlier today, we tried an Qautotune. The winds were calm when we started but picked up during the flight. The VTOL wasn’t responding to the tune as expected. We abandoned the tune and attributed performance to the wind.

Hours later, the wind was calm. If not zero very close. So we decided to give it a go again. Charged the battery and full of optimism to the field we went.

Took off in qstablize, selected qhover, climbed to 30 meters and initiated the tune for the roll axis only. I was quickly concerned about what I was seeing. While responding to roll, the drone would often move back and forth aggressively. I expect some movement but sometimes it would quickly, almost violently, slide 10m aft. Despite my concerns, I continued the tune. I had to re-position the drone several times. Each time the tune would resume. At one point, I had to be close to the end of the tuning process, the drone spun out of control. I quickly deselected qautotune and was hoping for a recovery. No joy! Sucks! Total loss. Foamies don’t do well when they impact the ground. Although I am not sure any material would survive the impact.

My initial thought was an ESC desync. I don’t see any evidence of that in the log. Additionally, the vibes, batt voltage, Vcc to the Pixhawk 2.1 look good. I don’t know what else to check.

No indication of physical failure. All props intact although forward two broke on impact.

GC is slightly forward for plane.
While hovering, the drone is fairly stable. It doesn’t move forward or aft, suggesting the front motors are vertical, It doesn’t move left or right. In a hover, PWM to the engines is around 1500 for all engines.

The build seems solid but I am obviously missing something.

The build is from MakeFlyEasy’s Freeman 2300.

Any help is greatly appreciated.

Sorry for your crash. I hate to even read about it…especially when it comes from using the QAUTOTUNE feature on a seemingly good hovering aircraft. I would have preferred to see you test the FBWA mode instead of QAUTOTUNE.

I’ll look at your log and see if I can spot anything. I would recommend also posting it in the QAUTOTUNE blog by Tridge.

Yeah, I am close to giving up on autotune, which is the direction you’ve been patiently nudging me. I just want a rock solid copter.

It would have been nice to see it fly like a plane before turning it into a pile of rubble.

I did post in the QAUTOTUNE thread, several times. Leonard Hall concluded the crash was from a classic ESC DESYNC. As you know AUTOTUNE pushes the build to the limits, which is why you often see desyncs and crashes.

I just saw Leonard’s replies, which make sense. I have never seen those ESCs desync before but I have also never used QAUTOTUNE either. This would also explain why the plane spiraled to the ground in QHOVER…which is the blue/purple part below.

In the future, before trying QAUTOTUNE, if you suspect poor hover performance, you likely will only need to adjust these two parameters below and remember to point your nose into the wind.
Q_A_RAT_RLL_P
Q_A_RAT_PIT_P 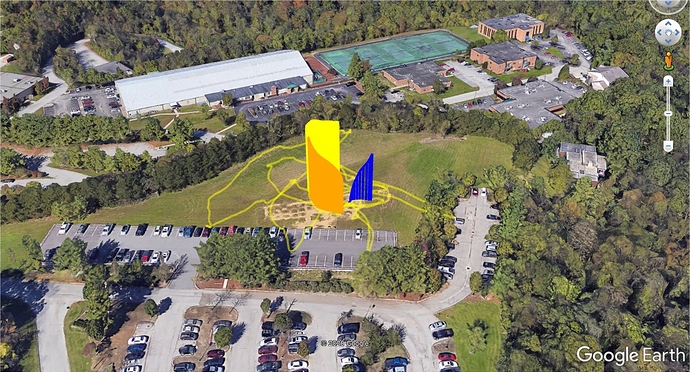 thanks Greg. It really didn’t hover poorly. I just wanted it to be the best it could be.