Is there a small Pixhawk for my Ninox?

Im flying a Bormatec Ninox with a MiniAPM v3.1 and Mission Planner. It “works” but the MiniAPM feels old and it have its things and I have some problems (getting out the logs, barometer-calibration, …). So… is there any newer small Pixhawk that you have felt is a good one? It covers 1.000.000 sqm in 20 minutes.

When getting a newer controller, I will move out the RC-receiever to one wing and the telemetry to the other.

Im building a SAR-concept with this, a Believer is already waiting to take over, but the Ninox will be there as a “fast-charge-and-get-somewhere-and-fly-and-find”-wing. Not the next flight, but the following, I will be looking for some things flying friends puts out there somewhere.

Anyone else have a Ninox here?

My Ninox (special order with its yellow look): 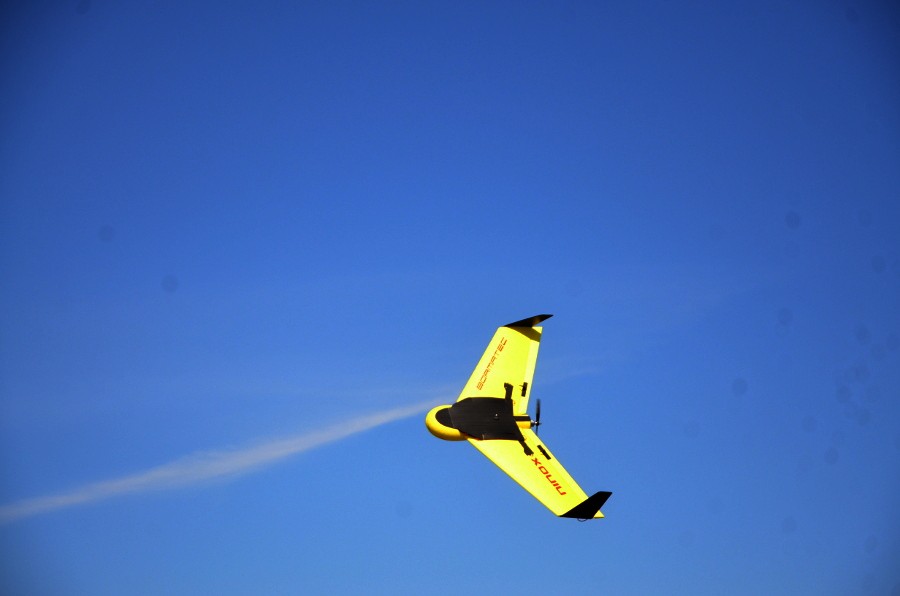 I’d recommend a Pixfalcon, it’s small and reliable so long as you’re aware that the connectors are very small being JST-SH.
There’s not the same number of ports as a full size pixhawk - for example only one Telem port but you can run a telemetry radio and OSD off it together so long as they both use the same protocol (mavlink).
There’s a GPS port and I2C port so you can use I2C devices like a OLED display etc.
Only 8 PWM main outputs so camera triggers or any other peripherals would need to accept PWM or use a converter. There’s no AUX or relay outputs.

All those “cons” sound less than great, but they are what make the pixfalcon small, and apart from those there are no other special considerations needed. Ardupilot firmware compatibility is standard and it takes the latest version just like a full size pixhawk or cube.

Isnt Pixfalcon (HolyBro Mini PX4 PIXFALCON Autopilot Flight Controller STM32F427 for RC Multicopter) around 3 years old? I will look at it anyway. =) The connectors are the same, I think, as the MiniAPM.

I would have suggested a PixRacer a couple months ago but now that Ardupilot is supporting some F4 anf F7 FC’s in beta I would consider one of those. Omnibus F4 Pro for example.

Maybe the Matek F405 Wing could be the best choice. But all is still in beta

Indeed. There is a target in Arduplane for that board.

I am at a similar point:
Got an unbuild Mini Talon lying around and want to build it now. Pixhawk (I have enough room) or the F405 Wing with a beta firmware. I am still not sure which way to go…

Yes, I have an old APM in a Z-84 wing and the F405 Wing FC is a very appealing upgrade. Very simple to implement with Battery Voltage input and current sensing built in. But I’ll likely just leave it and build a new plane with one of the newly supported FC’s. By time I get around to it they will be solid. The Chibios beta releases in Copter are doing pretty well for me with some issues as to be expected.

It seems the old MiniAPM works “okay” so I am not putting more time into this planes hardware other than tuning my checklist, settings and all that to get a good “SAR”-plane. It works really good up to 4-5 m/s wind. Other plane maybe ordered any day. Also have a Believer still in the box.