Is it possible to install larger motors and ESC's on a low-power quad?

By the time you have stripped the motors away why not just make your own frame from wood? 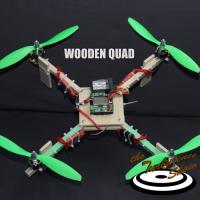 
Now you can change the distance between the motors , add stiffness etc and experiment with different sized props
mboland (Mike Boland) November 8, 2016, 7:09pm #3

It is doable, but you would need to take a few things into consideration.

As @skyscraper said, by the time you stripped the motors away theres not much left.
A multi-rotor frame is about as basic as you can get.

I still have my “crash test dummy” I made by getting a sheet of carbon fibre and cutting it in half, a length of square alloy tube from Mitre10 and bolting it all together. The thing is nearly indestructible.

If you are going to add bigger motors, what size props will they take?
Is the frame big enough to give those props clearance?
A heavy lifter with short arms is an unstable beast.
Determine you payload first, find the motor/prop/battery combination next and the frame size comes from that.

I should have mentioned that I’d make a larger frame too.
Props will be something like 10x6 with appropriate ESC’s.
Diagonal distance between props is about 48".

Good job!
However, you’ve described the easiest part of building a quad. The toughest part is getting the electronics and firmware to work. Shown is my CF frame that’s 48" diagonal distance between props. 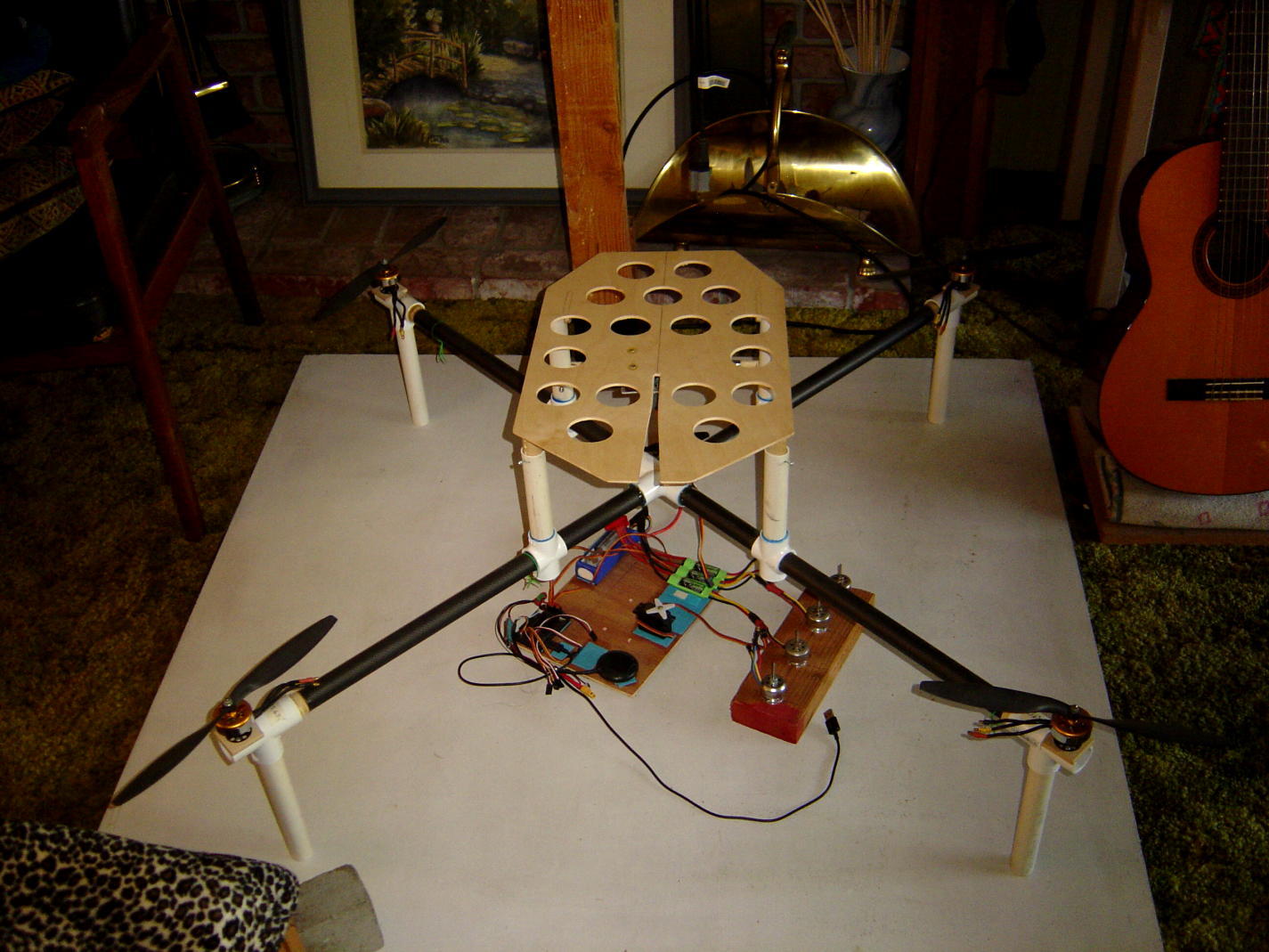 OK so basically you have done the mechanical part and it looks like a great job!

Is that an APM flight controller I can see in the bottom left corner?

Yup, you got that right. I tried lots of times to configure it with MP with little success.

What happens if you connect the APM to a PC via USB. After a while do you see any led’s on the APM flashing?

Unfortunately I don’t have MP ( It is meant for Windows and I am on Linux)
I do have APM Planner. I just tried installing the APM firmware on an APM2.5 from the “Initial Setup” Tab
The simple method didnt work. It just didnt complete, however it did show me what it was trying to do.
so I downloaded the hex file for quad copter
http://firmware.ardupilot.org/Copter/stable/apm2-quad/ArduCopter.hex
and stored it in a local directory so I could find it. Then I pressed the [Custom] button so it asked me where the hex file was. Then I pointed it at the file and it uploaded to the APM OK. Then I physically disconnected and reconnected the APM, then once the APM usb was reconnected, I pressed the [connect] button in APM. After a while it started showing the horizon changing when I moved the APM so I think it worked OK.

I don’t have a quad to test it on any more though.