I’m busy making a skid steer buoy to be used as a Windsurfing Marker. I’ve been watching/following these 2 discussions and my buoy is based on things I have learnt in both of these:
Maker Boat Basic
RC BuoyBots

The idea is to have a self positioning marker that can deploy, stay on position for up to 4 hours and then RTH.

Here are a couple of pics of where I’m up to. 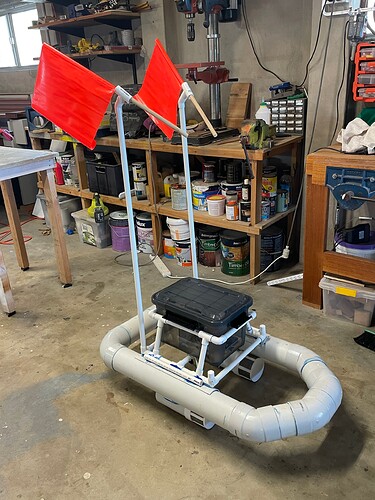 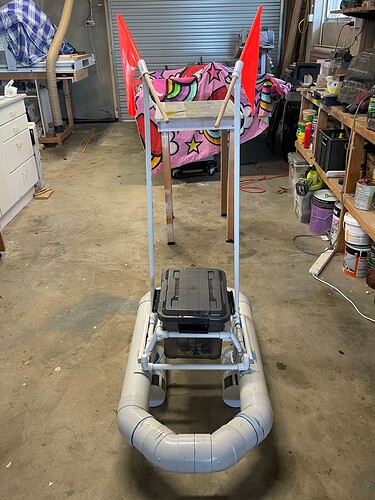 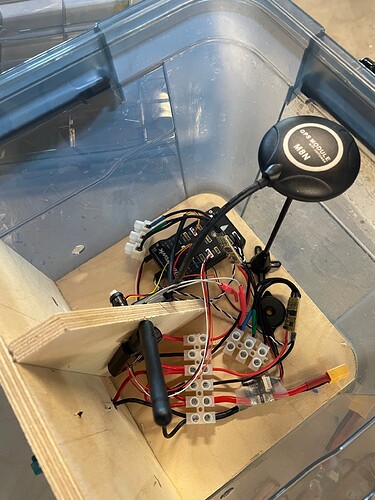 QQ for anybody in the know. The buoy is loitering quite well until I push it sideways which could happen if a windsurfer runs into it. Then she takes off in a 10m circle with only 1 thruster being powered and it takes ages to find it’s position again (but it does eventually).

If I leave it alone in strong wind or current then all is good.

She occasionally has this behaviour the first time I throw it into loiter mode as well. But if I ensure she is pointing into the wind and almost stationary before throwing the loiter switch then all is good and she holds position beautifully.

OK - so I just found this tutorial Tuning Steering so I’ll check all of that now as well.

Hi Neil. This is a really nice looking design. Do you have any videos of it running in the water? I’ve been using a boogie board setup for mapping but its not very stable in the waves. Could you give a little information regarding this build? Looks like PVC pipe of various angles and diameters?
Thanks
Al

First time in the water

This is a vid of the first time I threw it in the water. I 100% made the dimensions up as I went.
Yes, it’s all 110mm PVC piping, 2 90 degree corners and 4 * 45 degrees corners. I pushed the front up a bit as I went. I wanted it to be higher but the glue dried REALLY quickly

It also leaked - even though I shoved glue everywhere. So added sealant all around and drilled some holes in it and filled it with expanding foam.