APSync is a new project that aims to ease the setup of Companion Computers for use with ArduPilot. It has just entered it’s first Beta testing period with images available for the Intel Edison, Rapberry Pi and NVidia TX1.

This first step is a prerequisite for future steps including:

This is all open source of course so we’re looking forward to people trying it out, providing feedback and also developers joining in.

You can get more details from the APSync wiki page.
Images are in the firmware.ardupilot.org/Companion/apsync area.

Thanks to EnRoute for providing initial support to get this project rolling!

Would this work on the PXFmini?

The reason I’m asking is that my Raspberry Pi ground station will be within a meter or so from the PXFmini with the Pi Zero for the application that I’m working on.

I’m building an autopilot for my boat. It will end up being a manned aquatic drone and wireless communication would be un-necessary.

Mika,
I think the apsync scripts for the RPI3 might work but we don’t have an image for the PXFmini. I don’t think the core ardupilot group should take over responsibility for the linux board images from the manufacturers… but I do hope the board manufacturers incorporate apsync into their images. I think they will…

I jsut insalled Apsync on my pi Zero. Do I still have to pip install screen and mavproxy?

I jsut insalled Apsync on my pi Zero. Do I still have to pip install screen and mavproxy?

Both of those are pre-installed.

If you do screen -r as the APSync user then you should see a list of
screens already running on your Pi.

Hello, I have just write a APSync image to my TF card, but the Raspberry Pi can not start. My Pi version is 3B+.And the screen is like this! how can I solve this problem? 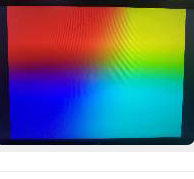