I had a successful test flight today with ArduPlane 3.7 with four waypoints and a rally point in the middle.

Can this be explained by problems with compass and or GPS? 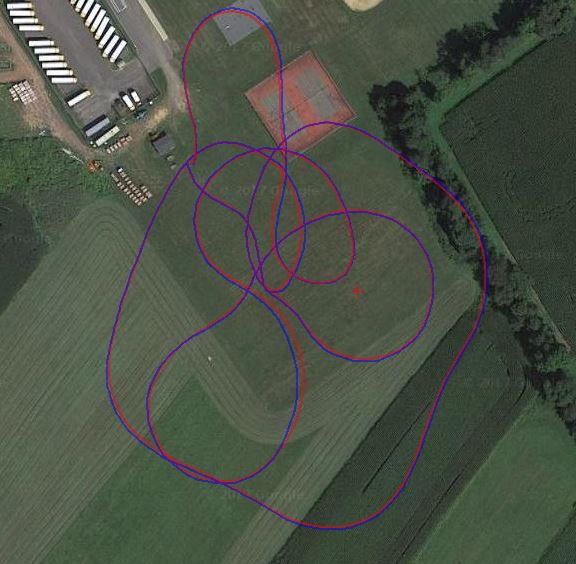 Will do. Thanks Michael, Paul

I had also earlier increased the loiter radius from 15 to 17 meters when I felt that the plane was making too tight of a circle and banking too hard while loitering at the RTL position.

loiter radius. not wp radius.
they are different.

I will try changing my wp_loiter_rad from 17 to 20 meters and report. Thanks Michael, Paul

I’ve sorted it. In general I was trying to make an airplane follow the same kinds of navigation that a quadcopter can. Airplanes needs more space though to maneuver.