The compasses (internal or/and external) where not to calibrate with MP 1.3.39
Whether via the 3DR Radio nor via the USB.

Error message: There is an unexpected error

But with QGC no problem within 5 min.

This sounds like a mission planner issue actually. Some log files would be good, perhaps tlog files from the mission planner. For me I find them in C:\Program Files (x86)\Mission Planner\logs but it would be helpful if you can narrow it down to just a single file. So first delete the contents of that directory, restart MP and do the compass calibration and when it fails stick the log here.
Thanks for testing!

I calibrated all three compasses with Mission Planner with no issues other than the copter saying compasses not calibrated after it was done. Disabled one of the compasses and it was ok.

iseries, thanks for that. Did you use the Mission Planner based calibration (bottom left on MP page) or the “Onboard calibration” (bottom right of MP page)? We should certainly be able to calibrate 3 compasses so knowing this will help me focus my efforts. 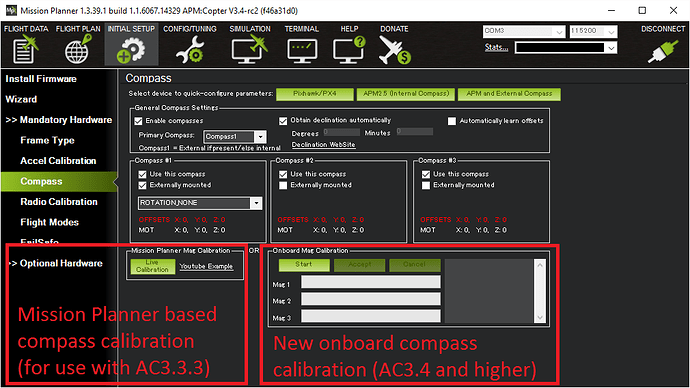 Used Mission Planner to do the calibration twice since I kept getting the compasses not calibrated error. I was thinking of doing the internal one but was just trying to get it to fly and will try it later. It did try it some time ago and it work as well.

I used the MissionPlanner based calibration 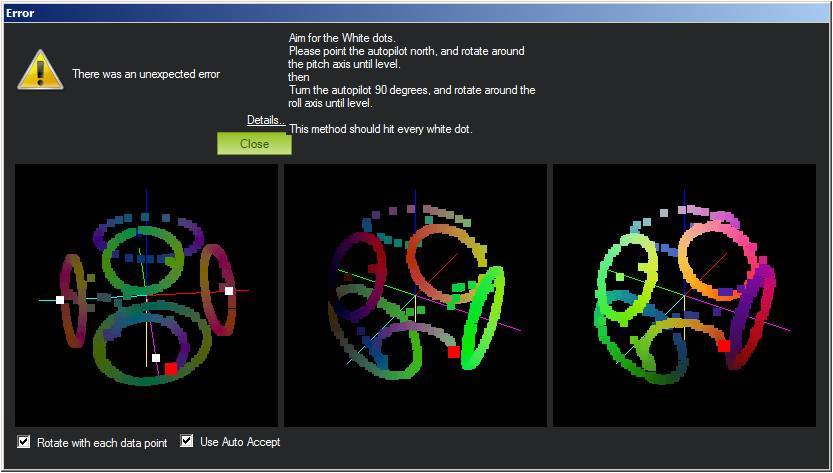 In the meantime I could calibrate it one time via 3DR
The next time again the error message. But nevertheless, the values are saved??

Now tested the onbord calibration.
Works good, but a verry long beeping proces.
I’m not happy with the GUI. Three Scrollbars would be more clear to show the progress instead of scrolling
Percent and finally in the window the results.
If pressing the button “accept” nothing happens. Are the value now safed?

I calibrate with speed 500000, fast hit all white squares and accept manually.

What is speed 500000 ?
Via which connection?
With which motions?

I have seen this error several times and I think it’s bad data coming from the flight controller. I try to move the copter about slower as to not cause this issue. It use to pop up right when I turned the copter upside down.

I tested the onbord calibrating with MP 1.3.39.1 (Beta)
There are now (happy) Bars to show the progress and beside the result.
But bevor the process for 3 compasses is finished, the MP crashed.
Michael is analysing it.