Hi @rmackay9,
as discussed with you last time on discord. I am uploading the logs
@Leonardthall your help is much appreciated

problem -
When we are flying the drone in guided mode and giving velocity + yaw + yawrate (ignoring other fields with the respective typemask) through the set_position_target_local_ned through mavros, The drone is flying fine, and the trajectory tracking is good, there’s discrepancy while there’s yawing but the tracking Is descent, as seen in the following video and the log corresponding the video can be found here
the image below shows the tracking performance

The red Arrow demonstrates the position and orientation of the drone and the blue line is the overall path executed by the drone, it is laggy because of communication latency, and the red path is the trajectory generated by the planner.
when, we are flying the drone in guided mode with position + velocity + yaw + yawrate, (ignoring other fields with the respective typemask) the trajectory tracking is really bad. it is illustrated in the video here and the corresponding log can be found here
the image below illustrates the discrepency 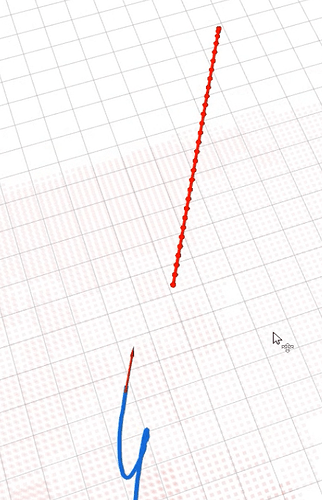 intuitively speaking, if we provide position + velocity, it should ideally perform better than giving only velocity setpoints. but in my case it’s the other way around.

please let me know if additional data is needed or if links are inaccessible.

@amilcarlucas because of certain constraints, I cannot do a direct update. can you please point me to the related PRs which I can go through to understand what has aided in the improvement?
thanks

To see the changes.

For example. You have asked for a trajectory with a moving position when your velocities are zero. How do you expect this to be followed? 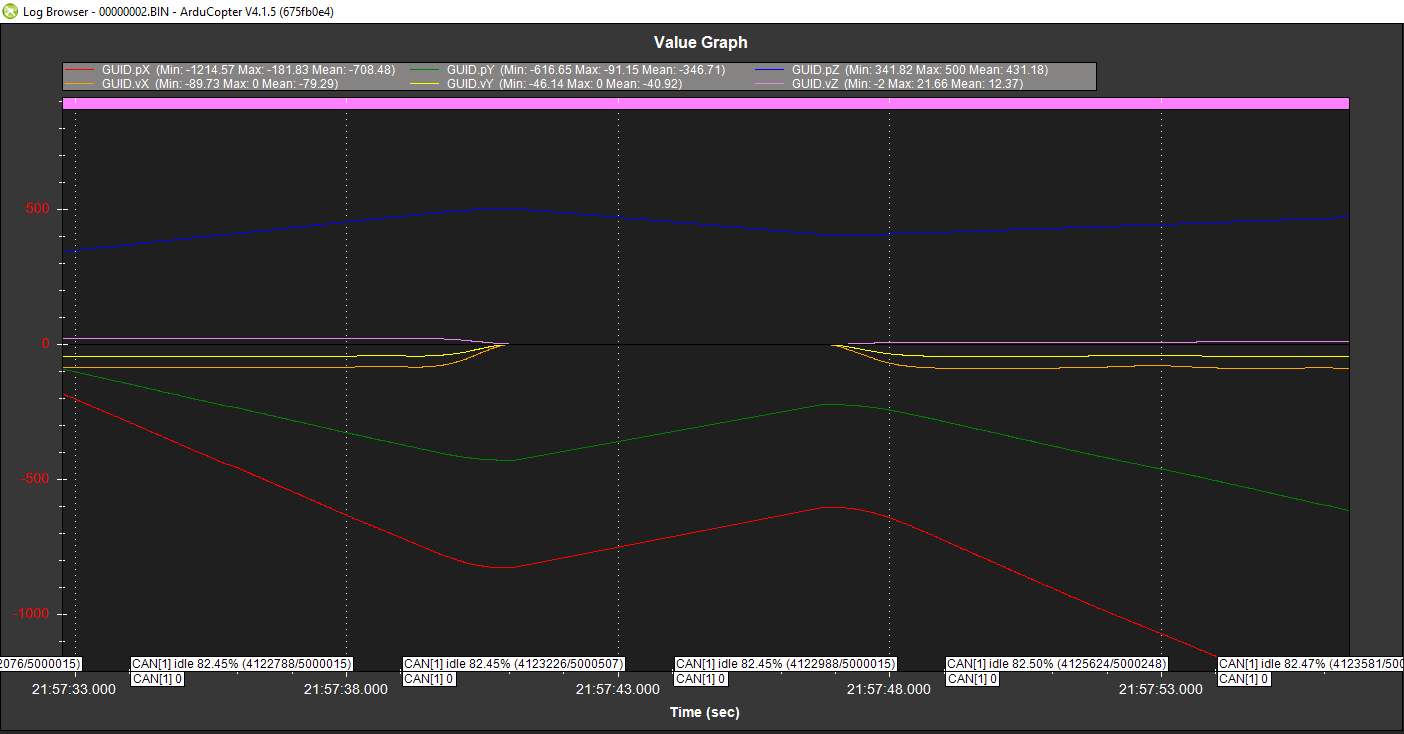 also for a side-by-side comparison, I sent the same Pos + vel commands used above, (which was causing tracking error in real world) to the drone in simulation and it is performing better. in the following video, the drone with the blue trail is the simulation drone and the other one is the real-world drone, Odom. (sorry for the glitchy output)
here’s the comparison video and corresponding simulation log

also, the max_velocity the trajectory generator can give is 1m/s so initially, the inputs are low, which can be seen in the logs where I am passing only velocity.

the thing is, we have validated the trajectory generator in simulation

Then you have made a mistake in your trajectory generation as it is absolutely and clearly not generating a realisable kinematic path. Moving position with zero velocity is as clear as it gets.

also for a side-by-side comparison, I sent the same Pos + vel commands used above, (which was causing tracking error in real world) to the drone in simulation and it is performing better

Both appear to be following a very similar path but with an offset. It is pretty clear that both of these aircraft are demonstrating the path you are sending is broken. I don’t see any justification for what you are saying is “better”. Until you generate a realisable path I don’t believe you can make the statement that one is “better” than the other because it follows a broken path with less error.

I have highlighted a very clear error in your system. I would suggest the best way forward is for you to fix the obvious problem before asking for more help and analysis. By removing the obvious problem it makes it easier to see and diagnose any additional problems.

Okay, thanks for the input, I’ll look into it

Also, this is just for someone who looks into this later, these are not “0” velocities, the scale is zommed out, there are really low velocities, since the max velocity that can be generated are 1 m/s
And as shown in the resources above, the same system works flawlessly in simulation, work ardupilot 4.1.5
I hope the resources are clearly demonstrated

Hi @Leonardthall, sorry sir to bug you the last time, here is the same log you mentioned in the image above
with a correct scale and I am unable to find instances with 0 velocities with moving positions 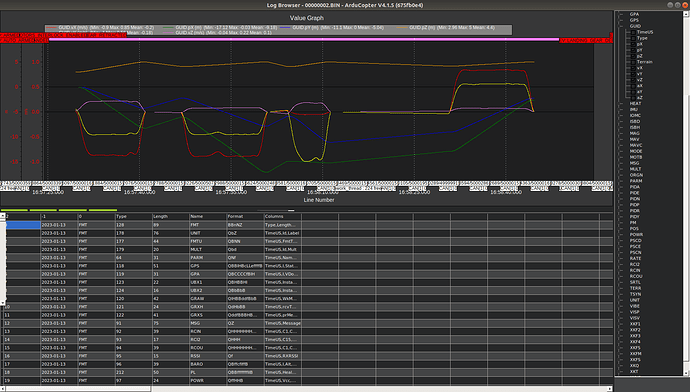 I apologise, I was mistaken that you were commanding zero velocity here: 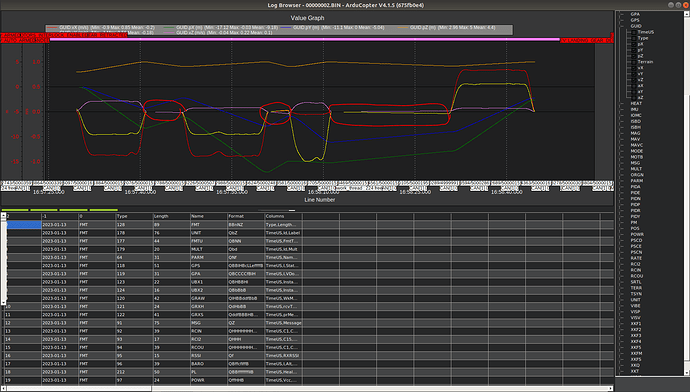 The “zero” velocity are actually no updates. However your next set of updates don’t start where the last set ended. So the aircraft is moving to your new starting point while at the same time trying to follow your velocity command.

You can see from the picture above. Your starting target position is not where the aircraft is. So the aircraft is moving towards your desired path. Then once it is on it, you can see if follows well.

To fix your problem before starting any path, send the aircraft to the starting location and don’t start the path until it is stationary at the starting point.

no worries sir,
I see, that makes a lot of sense now. I’ll incorporate the mentioned changes and update you