How to succeed with "Point Camera Here"?

Working through configuration of an Alexmos gimbal, it appears that for ArduPilot to command the gimbal to “point camera here” (ROI) that the gimbal needs to have a magnetometer installed on the camera bracket.

Without it, I’ve found that the only way “point camera here” works with Alexmos is if the copter and gimbal are initialized facing “north.” And then I suspect there would be significant drift.

I don’t recall seeing this requirement when testing a Storm32 gimbal controller - I’m going to have to go back and check.

I had assumed that the ArduPilot simply used the gimbal’s home position and commanded appropriate gimbal pan/yaw offset to aim at the ROI. It sure would be nice to see some sort of tech article about this topic.

For a copter that can yaw independent of flight path, it might be easiest to configure a gimbal as a two-axis device only - and use copter yaw to point the camera - and command the gimbal to tilt to aim at the target altitude. No help for other vehicle types.

Actually - since few gimbals are setup to allow full 360 degree yaw - using copter yaw is the only guarantee a camera could be aimed in an automated mission.

As I recall in past tests of copters without a gimbal on missions using ROI and WP_YAW_BEHAVIOR that the ROI superseded WP_YAW_BEHAVIOR. Since the yaw limits of the gimbal are entered as parameters, it would be nice, but perhaps overly complicated, to have these two functions work together. That is, use the gimbal as far as it can - and then yaw the aircraft the rest of the way if necessary point the camera at the target.

I don’t see much written or asked about gimbal usage these days - I’m guessing it’s become tribal knowledge for the old-timers who worked through it, and new guys just fly DJI and don’t bother.

If someone can help me get a better understanding of these facets, I’d be happy to write up something to add to a wiki or doc.

I know you’re working hard to get gimbals to behave the way you want, and it seems you may be headed down a path of spending quite a bit of cash to optimize the hardware for your use case, where much of the community has moved on to non-mechanical solutions.

Have you considered using a 360 camera instead? I destroyed a cheap gimbal in a crash and then transitioned to using an Insta360 One X2 in place of a gimbal mounted camera. Requires video editing instead of camera positioning, but you’ll never miss an angle!

I appreciate your taking an interest in my efforts. Here are some thoughts:

Actually, I’ve spent very little cash. I have under $200 invested in Storm32 bits and pieces, and under $350 in Alexmos. I bought my Sony RX0ii used on eBay for a couple hundred, and have spent maybe $150 on carbon fiber stock. I have however spent lots of time - and learned a tremendous amount - which was the point.

By comparison, a modest Gremsy gimbal is about $1500. If I ever buy one - I’ll know exactly what it’s supposed to do.

It’s amazing how much gimbal internals mirror those of our flight controllers. Gyros and accelerometers have to be calibrated - even for temperature. (Some Gremsy gimbals have heated IMU’s.) Alexmos support notch filters. And magnetometers. And using encoders is a game changer in gimbal function - dramatically reducing power consumption and dramatically increasing precision and smoothness.

I haven’t gotten into it yet, mapping by pointing a camera down with a gimbal - and stabilizing it - pretty well documented. I haven’t however seen anything about using ROI that includes altitude to do things like tower inspections in an automated mission. I’m guessing there are quite a few productive sUAV tasks that utilize a camera gimbal.

And of course the situation is facilitated by a copter’s ability to yaw independently from flight path. A fixed wing aircraft used for photographic work needs a 3-axis gimbal.

With things like camera stabilization and horizon levelling offered in the GoPro-10, there’s not much need for a gimbal for just fooling around with a flying camera. The fixed mounted Naked GoPro-8 on my EDU-450 takes amazing video.

My assessment is that 10 years ago a camera gimbal was the sex appeal of drones. As far as I can tell, most of the ArduPilot, Storm32 and Alexmos development for gimbals was all back then. Lots of effort to support the 3DR Solo gimbal - that unfortunately came to nothing as 3DR went out of business. Then came the DJI Phantom with a 3-axis gimbal, 1" sensor camera with a global shutter - and you could buy it at COSTCO for about $1,000. It seems that DJI put all the DIY gimbal efforts to bed.

But it’s still an important piece of the UAV puzzle - and I’ve enjoyed what I’ve learned. It’s even helped me learn more about ArduPilot. I’ll be moving on to other puzzle pieces soon.

Thanks Yuri - you’re a great asset to the ArduPilot support team!

Hi Yuri.
The Insta360 One X2 sounds interesting. A few questions if I may? What did you do for a mount, plus controlling it and what editing software do you use?
Peter

I’ve taken the topic a little astray, so I’ll be brief in my reply:

There really isn’t any control required. My SD card storage exceeds flight time, so I set it to record and stop it upon landing. In a pinch, I can try to connect via Bluetooth to the iOS or Android app and start/stop recording while airborne, but the range on that is low.

I use Insta360’s own software to do basic cropping/scene composition/following, and then import the result to Shotcut for any further refinement.

This video is an example of the results. I was multitasking during the flight and a bit rushed during editing, so it’s amateur-ish, but should give you an idea of what’s possible.

Looks good to me and I have had DJI product. Granted I have the artistic ability of a Caveman so it was wasted on me but that looks pretty good!

Nice clean video. Very similar to the video I can capture with the Naked GoPro Hero8 that’s hard mounted to my EDU-450.

For your purpose of documenting your mower, you’ve got a good camera for the job.

My only disappointment with that camera so far is its performance in low light. The GoPro and even iPhone have outstanding low light exposure settings. Video with the One X2 in twilight conditions is a little grainy and/or out of focus at times.

Enjoyed the video, good stabilization. Thanks for the mounting, software information. I assume you visually positioned the drone close to the mower? I need one of those mowers. A FPV machine with one of those 360 camera would be fun. 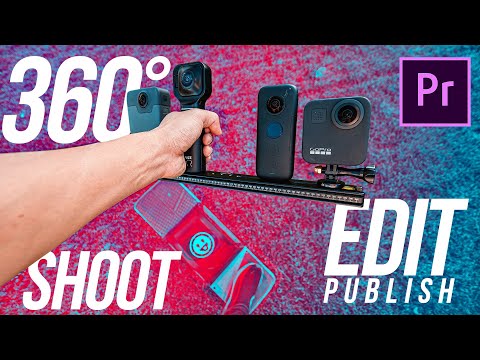