I found that there is a LIVE DATA function in the Reefmaster software, but after I connected to the flight control system with the data transfer system, I mapped the port according to the instructions in the Reefmaster software, but there is no data. What should I do? I use a HUMMINBIRD helix5 sonar, which can directly output the MNEA0183 data of RS232. I have realized the depth data display of the ground station with the help of the masters, but if the ship is carrying the sonar on the water, I opened up Reefmaster on the shore and I was able to get the depth distribution data straight away and look at the three-dimensional topography of the water bottom and it was amazing.

This has come up a few times but it’s not possible to feed the live data from Mission Planner into ReefMaster. The flight controller->Ground Station link uses MAVLink but ReefMaster’s live view requires a NMEA stream via a COM port.

Mission Planner’s Ctrl-F screen does have a NMEA output option but it only outputs the vehicle’s position, not the sonar depth. Also it can only connect to a TCP or UDP port while ReefMaster only allows connecting to a COM port. 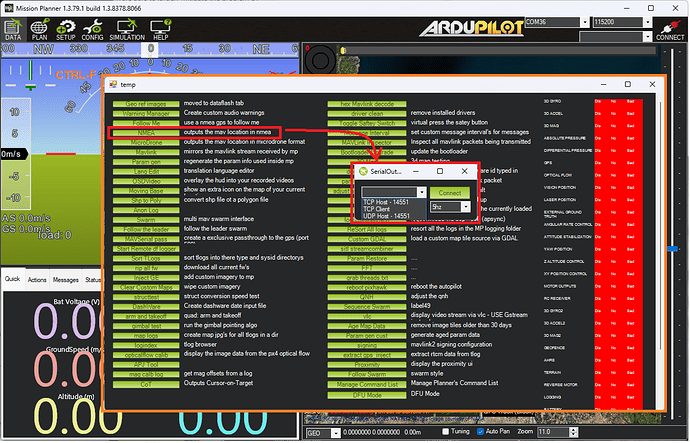 I noticed that on my FC, there are SERIAL4 and SERIAL5. These two ports are one physical interface on my flight control. I see that there is a description DEBUG on port 5. Can this port be set to 20 to output NMEA data for use? Thank you again for your selfless help to me!

HI I HAVE A TEST ,I CAN GOT THE DEEP AND POS DATA AT ONE PORT … 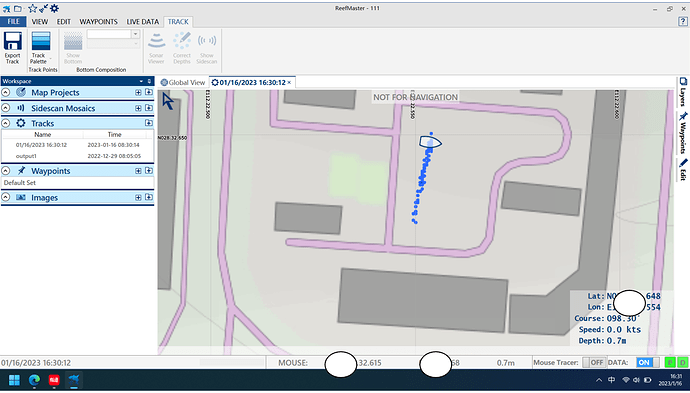 When all the debugging is correct and there is no problem, I will publish all my hardware connection and software Settings to share, learn from the team’s outstanding people, and thank the team leaders!
@rmackay9 @Yuri_Rage @Vassili_Siskos @Chris_NSB

I made a few changes since the last time because of the live data on reefmaster issue. Here is my 2 cents. 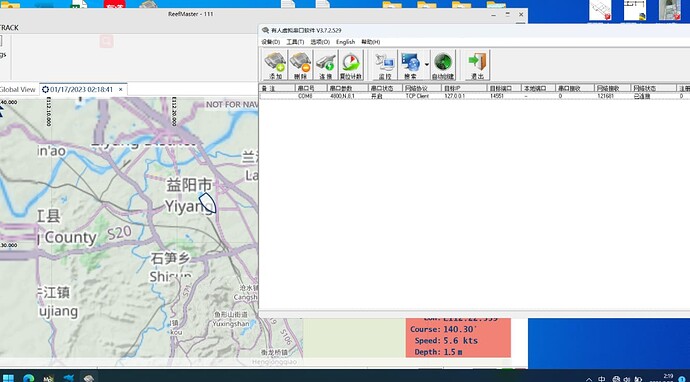 it’s a good idea ! i will using two data transfile to do this.

i found the GPS data from FC can inject to the Helix 5, and the Helix 5 can output the data with pos and deep both ,then we just need transfile this data to reefmaster ,then make the data lived.

Well done! So I guess what you’re doing is attaching two telemetry connection. One is the autopilot<->GCS (e.g. MP or QGC) MAVLink connection and the other is a FC->sonar->ReefMaster NMEA connection?

Yes. Basically a bidirectional connection with 2 serial ports. Sonar gets the GPS nmea from FC and FC gets depth from sonar. The Helix 5 sees the external GPS and gets the RTK position. The same port of the sonar sends with a split cable the Pos and depth to com port for reefmaster.

master your right !!!
i will make it seay to patenaer when i got it well done , i will share the hard and soft ware to make sure everyone can repaet ti !

Dear friends, the Lunar New Year is coming soon in China, I wish you good health and good luck in everything. I have a question that bothers me all the time. The waves sent out by underwater sonar show a cone shape, so there should be point data of different depths, which data should prevail when measuring?Will adding the head to keep the sonar on the ground make the data more accurate?

There can even be different depths from the same position because multiple echos can return from the sonar.

Some sonar will show all the echos while others may only return the strongest echo.

thank you， nearly i got a servo gimbal for test , but when i want set it to stab mode,i’m failued , how can i set the gumbal stablize for roll and pitch ?

Sadly Mission Planner hasn’t been updated yet to use the new gimbal mount parameters introduced in 4.3 so the setup requires manually setting a number of parameters. The details are here on the wiki.

Thank you, I have already set it, but I found the reason why it was not set well a few days ago: it is not possible to directly use the AUX port power on FC, it must be imported from the outside to supply power to the steering gear, and only the PWM signal control line can be inserted on FC. It is not possible to use the power supply from FC as the steering gear power supply.