How to insert a video stream into the Tower Android App …?

I posted this same query in the “GCS - Tower” category and after 5 days and 46 views, I have not received a single reply. So I thought I would try this category to see if someone can assist me, please?

I have built a hexacopter that has a SiK radio link to transmit the Mavlink data to a GCS (for which I use the “Tower” app on my Android phone) and it works fine. The voice prompts from the Tower app are quite useful as they confirm which flight mode I have selected and the battery level.

I also have a video/still camera on board that sends the live-view to a video receiver to another Android app called “Go FPV” and that works fine too. It allows me to see exactly what the video/still camera is seeing and enables me to position the copter for the best video or still photograph.

But, I haven’t figured out a way to use both signals (the Mavlink stream and the video stream) from the copter in a single Android app.

Or, suggest an alternate Android app that I could use that would enable me to get the voice status updates and to see the camera live view?

Thanks OldGazer for that link - I had previously read that information, but as it referred to “gstreamer” and Ubuntu I thought it was beyond my skills and knowledge to implement. However, you did cause me to re-read that article more carefully and to look at the other links on that page and the information under the link “Uvc video stream” has given me a possible solution.

I have ordered a 3-port micro-USB OTG HUB on eBay, and when I receive it, I will see if my theory is correct …

Well, I have had partial success - I purchased a 2-port micro-USB OTG hub similar to the one shown here. I can now plug both the telemetry (Mavlink) receiver and the video receiver into my Samsung Galaxy S6, but in the video screen I only see this image: 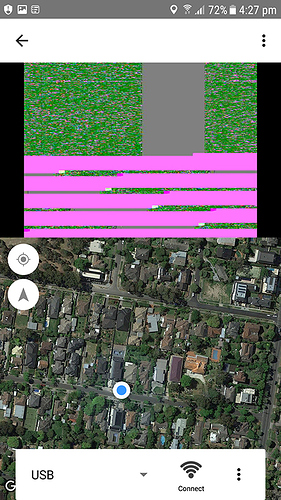 My guess is that the OTG hub is somehow mucking up the data from the video receiver?

So, I have ordered another OTG hub that looks identical (it has 3-ports) to the one pictured here (scroll down towards the bottom of the page), in the hope that will fix the problem.

If anyone has any suggestions, I would love to read them …

Just in case anyone else is interested, I have finally been able to connect both a SiK radio receiver (for Mavlink) and a video receiver (to see what the video/still camera is viewing) to the TOWER app using a 3-port OTG hub for my Samsung Galaxy S6 phone.

The 2-port OTG hub I tried first would not work with the video receiver, but the 3-port OTG hub works just fine …

This is the hub that does NOT work: 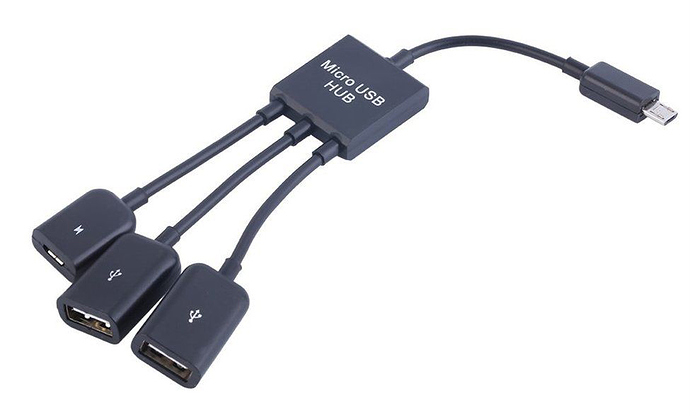 And this is the hub that DOES work:

3-port hub.jpg1010×443 67.7 KB
This hub has a tiny switch on the side to select OTG or CHARGE mode.
The extra cable on both hubs with the micro USB socket is for connecting an external charger. Hence the reason I call it a 3-port hub because the fourth cable is for powering the hub devices or for charging the phone.
gobofraggle (Pete) September 13, 2018, 1:00pm #6

Thanks for sharing this, ive gone round in circles trying to debug the same issue for days. The video stream would work when directly connected to the android tablet but as you say as soon as i plugged in the 2 port hub as above the same distortion green/purple screen picture. New 3/4 port hub on the way.

EDIT: Unfortunately in my case the 3 port hub as described above with the switch didnt work. For info I’m running tower on a Samsung Galaxy Tab 3, 8.0

On both hubs the telemetry radio works but the video does not.