How does he save a waypoint with throttle?

Hello friends. Please explane me how this guysaves a way point just holding throttle to the right? As far as I know I can save a WP with auxiliary channels such as channel 7. But throttle is not such a channel. He uses apm 2.8 and Mission Maker App. Thank you in advance. 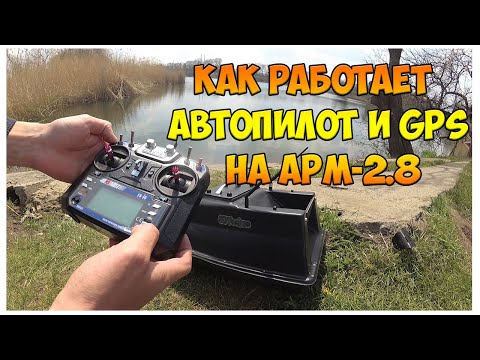 you can set the sticks to any channel you want, so he has just set the left stick to channel 7 to save waypoint since he is steering with the right stick.

on later firmwares on pixhawk+ you can just set the RC2_OPTION=7 or whatever spare channel you have.
the app he is using looks like a forked version of 3dr Tower app called Mission Maker for ArduPilot.

@McKey could you have a look and give us an idea what they are doing?

You mean he set channel 7 for throttle in the transmitter settings or inside Ardupilot?

he has probably set it on the transmitter, i dont think apm could have that function on anything other than channel 7 or 8.

The left stick isn’t being used for throttle it’s assigned/used as a switch. A common control scheme for Rovers/boats is right stick throttle and steering leaving the left stick doing nothing. Perhaps that cheap radio he has is lacking switches so it’s a clever idea.

it was common on rc boats back when you only had 4 channels to use the extra stick for your auxiliaries and effects.

Right. I use an unconventional control method for Rover that I’m stuck with now. Old dog new trick dilemma

@McKey could you have a look and give us an idea what they are doing?

Greetings, the video says that to save the point, you need to deflect the stick to the right. I think, as they said here above, that the stick is just configured as a toggle switch and that’s it)

Thank you. Could you tell me if it is possible to setup ardupilot or transmitter thus I can save waypoint with combination of throttles? For example move throttles to opposite directions at the same time = save way point?

no, you need a dedicated channel to that function switch, you can use any input or combination of inputs you want to activate the channel, but that would have to be programmed into the transmitter.

That’s entirely possible depending on the level of mixing complexity afforded by your transmitter, but it would have to be handled entirely by the transmitter unless you want to use Lua scripting on the autopilot.

I just check my FlySky FS-i6 (the same as this guy has), and there is no way to assign throttle to any auxiliaries channels, I can assign switches only. So how did he do this?

Again, it depends on the transmitter and its firmware. For example, OpenTX on a FrSky product will easily allow for mixing like that. OpenTX looks to be supported on the FlySky I6.

there are custom firmwares for your radio that unlock more features like more channels.

I updated firmware - added up to 10 channels. Maybe after that, the option for throttles disappeared. Probably I need to read about other firmware and update it again.

open tx will be a better option, is there any reason you cant just use a switch?