How Do You Transport & Store Your SkyViper & Tx?

I pic them up from the workbench or table where they sit during the week and toss them into the back seat of my truck.

LOL. Here is mine in “Storage”. I don’t use the stock Tx so it’s get’s pushed around the bench a bit. 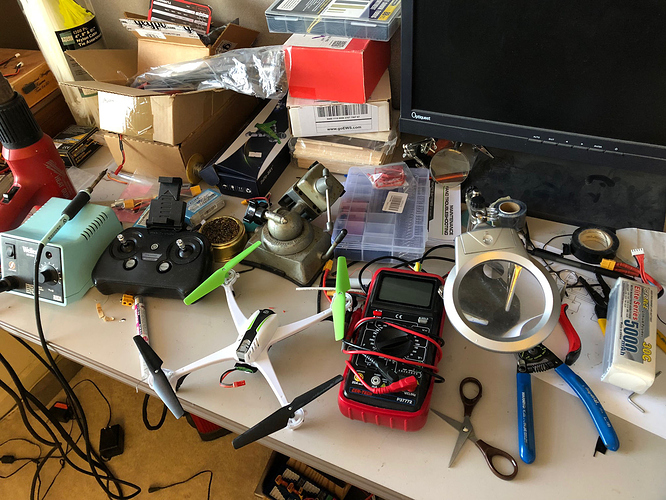 The beauty of this cheap awesome drone!!! When I bought it I was very gentle with it…after a few dozen times smacking the earth with it, I just toss it in the truck. Lol.

But I do store it and the transmitter in a rubber maid drawer set in my garage, just to manage clutter

Old pic, tho mine just sit on back of work bench and just thrown in a rucksack when I go out. 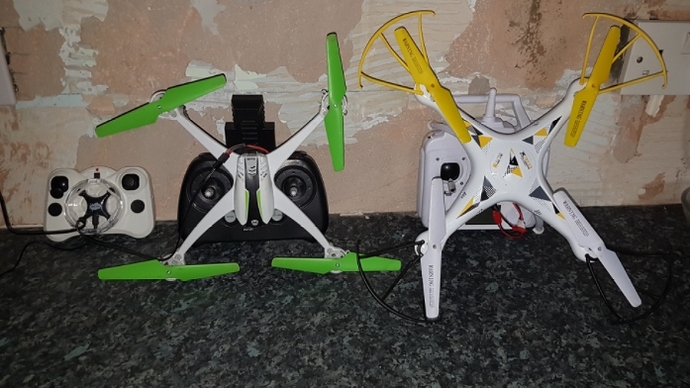 OK. Here is a nice cheap solution if you want to baby your SkyViper.

This is a fairly sturdy covered shoe box which just happened to fit width and length perfectly. I cut at the corners, folded and glued down down the sides of the box to make the height required.

The formed plastic cradle which held the SkyViper in the original shipping box is taped to center of the bottom of the box and the foam pad glued to the cover holds the drone in place when the cover is closed. This avoids putting stress on the arms which might deform the plastic over time.

The extra cardboard barriers are held in place with flaps folded and taped to the bottom of the box. These barriers create storage areas for the batteries and accessories and provide crush resistance while it is crammed in a backpack or suitcase.

I have used this box in a carry-on when I want to bring some cheap fun along on a trip.
The controller is less fragile, especially if the thumb levers are removed. It gets tossed in the bag alongside the box. 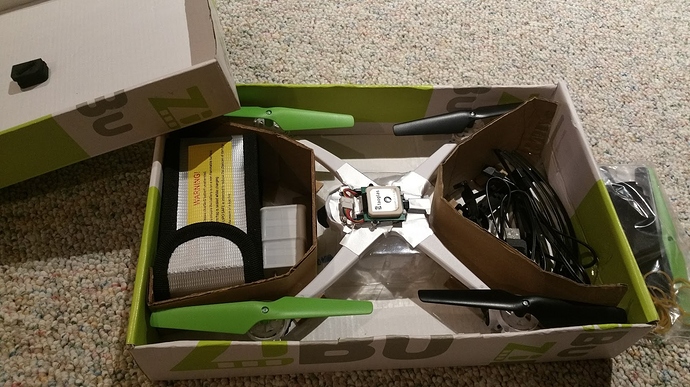 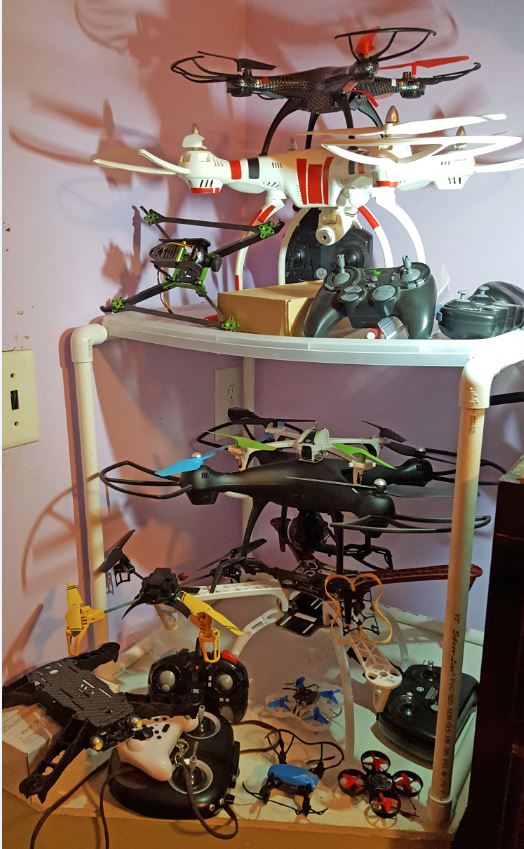 How many drones are there?