I noticed pretty bad performances in holding altitude on my hexacopter, and also problems when multirotor will not automatically turn off motors when landed. After analyzing my logs I noticed that IMU2 reports much higher values. Not only that values are higher, but looks like there is more noise.

Take a look at differences between IMU1, IMU2 and IMU3.

But for IMU2 I can measure that X and Y are between -4 and 4 and Z axis -1 and -37. This is really bad.
If we take a look on end of log, I had rough landing and IMU1 and IMU3 clearly show large increase in acceleration. That is how it should look like. But when you see accelerations on IMU2 there is so much noise that you cannot even notice that landing was rough. For me IMU2 looks defective.

What other members think about this? Should this cause problems with altitude hold on my hexacopter?
Is there possibility to turn off IMU2 and use IMU1 and IMU3 for calculations?

EDIT:
Should I set parameter EK2_IMU_MASK to 5 to turn on IMU1 and IMU3 and turn off IMU2 ?

IMU2 is LSM9DS0. Have you done extra damping before, the parameter EK2_IMU_MASK should be set to 5 is correct.

I disassembled my Pixhawk2.1 and found something that could cause these problems with noticeable higher vibrations on IMU2 compared to other IMU1 and IMU3.

Inside cube there are two PCB-s that are separated by damping material and they are connected with flat cable.
Flat cable starts from bottom PCB, makes 180 degrees bend, one more 180 degrees bend and enters to upper PCB (damped one).
On first 180 degrees band flat cable was touching chip on upper PCB. It is most likely IMU chip. 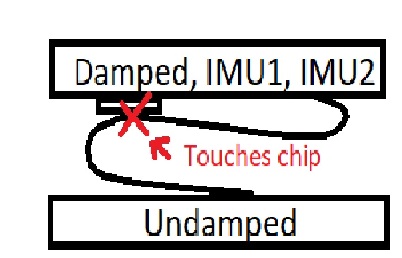 In my opinion, flat cable should not touch chips on upper PCB like that.
After slightly bending flat cable now it is not in contact with IMU chip.

I also mounted Pixhawk2.1 on “orange damping foam” from Hobbyking: 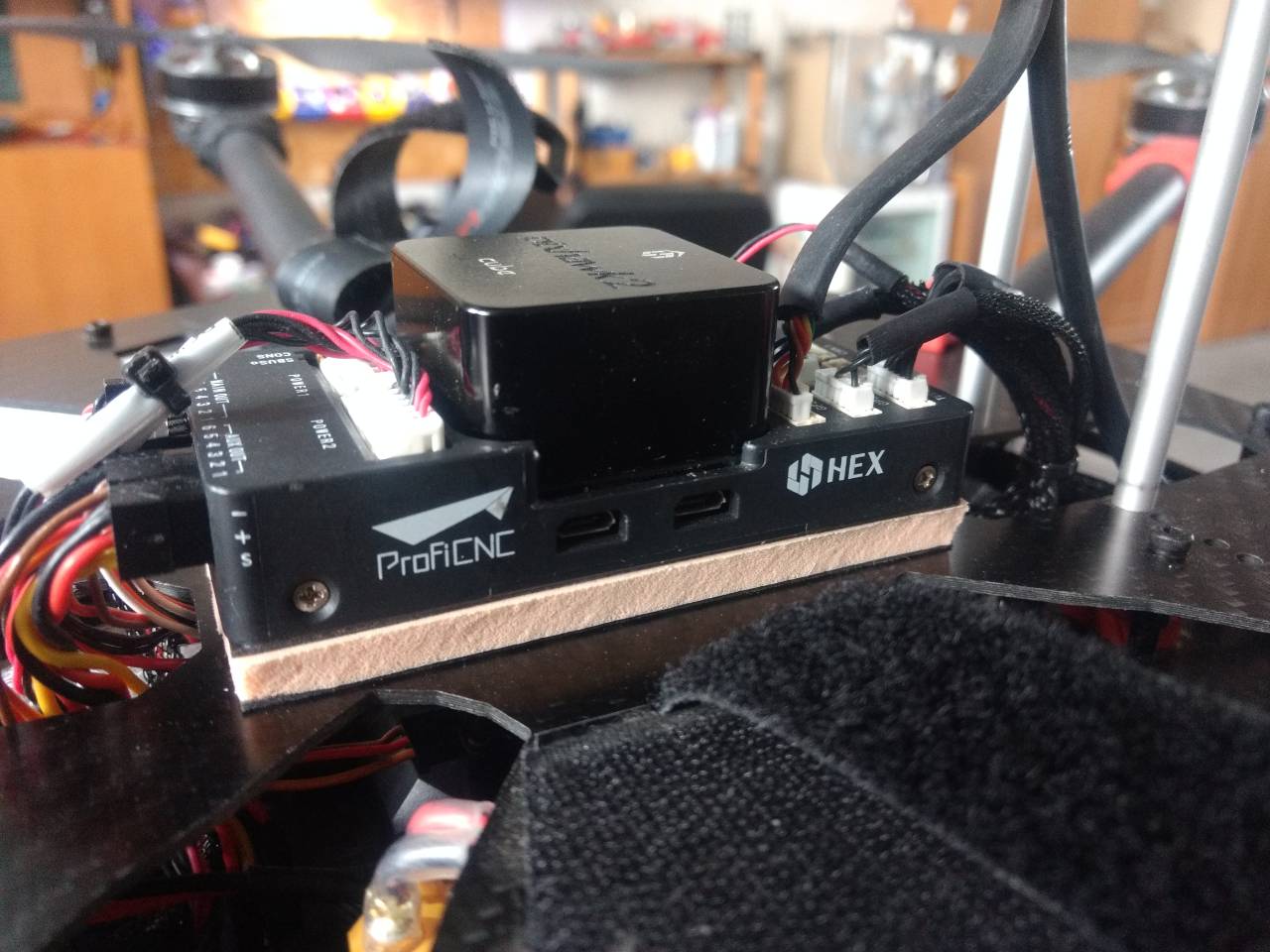 Looks like this foam just increased vibrations on X and Y (amplitude on Y axis is 4x higher). As this foam is very soft and Pixhawk2.1 is pretty heavy this behaviour can be expected. Next time I’ll try to use balsa wood to mount this controller.

But what I noticed after bending flat cable is that vibrations on IMU2 are not noticeable higher than on IMU1 and IMU3.
Take a look on these graphs where I compare vibrations from IMU1 and IMU2 (when flat was touching IMU):

And this is after bending flat cable:

Is there anyone else who noticed that?

Yes I have!!!
Thanks for that tip
Will check if that’s also the case for the cube I use

How can it be possible for multirotor to fly with that high vibrations?
T-Motor MN5212 motors and T-Motor 18x6.1 carbon propellers were used and I must say that they are very well balanced. There was some wind that day and I noticed that hexacopter is struggling to maintain its attitude.
I guess that this Tarot X6 frame is source of all these vibrations.
In my opinion this frame is only good looking but there are lot of mistakes in its design. For example, four arms are held on thin PCB plate only, and other two arms are held with PCB+carbon plate.

Does anyone else have similar problems with this frame?

@ReNNo It seems we might have the same problem. I was advised to not hard mount the cube to the frame. Some flight tests will be made this week with a new vibration damping design to see if it can help to solve the problem.

My thread is in the following link:

X and Y are Okish, even if number of clips is high. Z both vibrations and clipping is really bad