really odd, last week i had a motor failure and managed to land the copter in stabilize, it managed to fly very well and land ok. now yesterday I had another motor fail (not sure if it was the same one as last time, I deleted those log file) and it just kept descending as if it was too heavy but it was exact same configuration as the prior motor failure where it flew and landed ok…BIN file attached in zip on link below
any ideas?

i think you have a motor1-esc sync issue.
what is your motors and KV, propeler size, esc firmware.
you might want to check this link 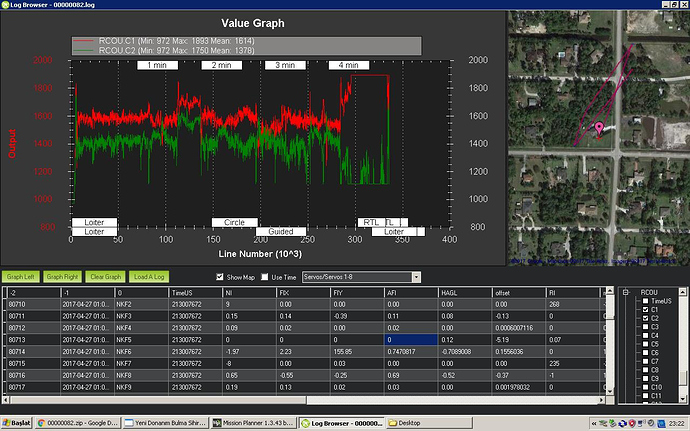 motor 1 stoped motor 2 tried to compansate , i think you have a esc motor desync. you may check esc signal wirings.

hi yes the motor failed because one of the phase wires broke off…but my concern is the copter should have made it back home on 5 motors as a hexa should be able tolerate a single motor failure but this wasnt the case, it lost altitude during RTL and crashed

I am not a pro in hexa configurations, but i think it is not guaranteed that a hexacopter will always be able to compensate for the loss of a motor.

The “lift redudancy” depends on the take off weight of your copter and the max lift of the individual motors.

Let’s say your copter ways 700g and each of your motor/props can generate thrust of 150g - if all 6 motors work you would generate 900g of lift - your copter could hover with that (but would not be very maneuverable). If one motor fails now you would get a lift of only 750g. While that sounds still OK it is not sufficient for controlled flying ~95% of your lift goes into hovering, there is nothing left to steer/stabilize.

So, redundancy of motor failure depends on tow and lift power of your motor/prop/battery combination.

hi, thank you, but as I said, there was a previous motor failure with same weight configuration and I was able to land in stabilize no problem…this time of the crash thou it didnt manage to RTL, it struggled and lost altitude so I believe there is a software issue with one motor loss and RTL

Thanks for the interesting (although unfortunate) report. It looks like motor 1 (right side motor) failed because it’s output went to maximum while the opposite motor (2, left) went to minimum. 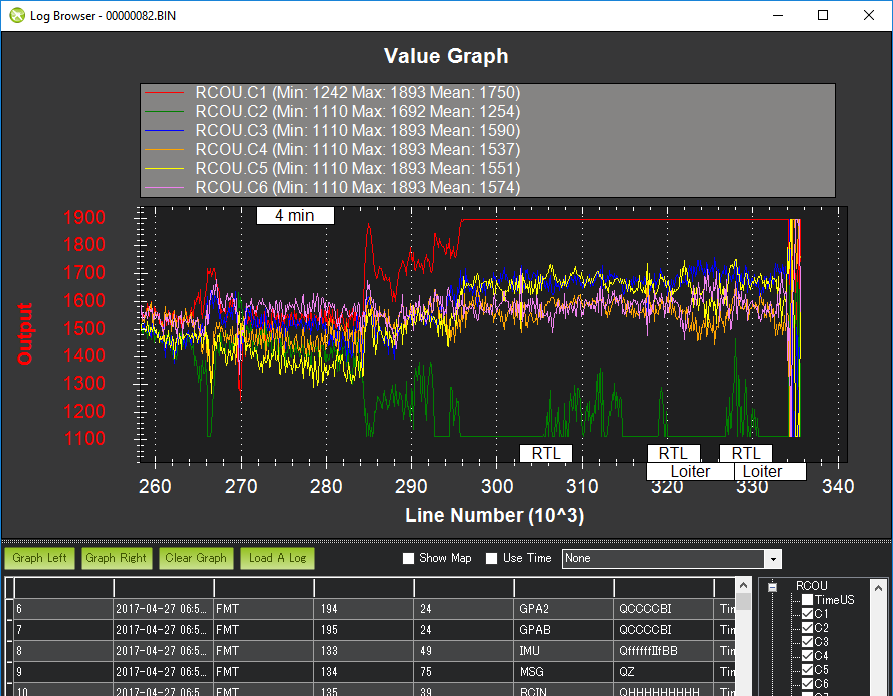 It looks like the motor started going bad around line 284480 (4+ minutes into the flight) and got really bad by line 296027 (10 seconds later) . It looks like the vehicle flipped over at line 334225 which is about 34 seconds later. Not saying that’s great but it did last about 44 seconds with a failed motor.

There’s a long discussion on this issue including a video of a simulation.

We know there’s more we can do to improve the response when a motor is lost, we just haven’t gotten to it yet. We don’t think it’s really difficult to make the improvements required but it’s just that the core developers already have so much on each of their plates. If there’s a developer around who wants to take this on, we can provide advice.

What was the direction (CW/CCW) of previous failed motor and direction of last failed motor when you crashed? If the rotations was opposites, it could be unbalanced motors. I think that manage yaw is very sensitive when one motor fails and the others are unbalanced. If they are unbalanced (for example CW motors are running faster than CCW), then it is 50:50 - it depends which motor fails.

thank you Randy, makese sense, the previous failure was motor3 and as I said flying and landing in stabilize was scary but very manageable…in the second motor failure it was motor1, it seems is less tolerable of motor 1 or 2 failures, at least I think…
as you noted the vehicle flipped over several times because it hit a tree line…while in RTL the video shows the vehicle is neither able to climb to RTL altitude, neither neither able to initiate a forward course towards Home…it just sat there and loss altitude slowly…I believe it had been motors 3,4,5 or 6 it would been ok…I will see if I can put this to the test