Hardware choice for the ArduBoat

This will be my first project and I feel quite stressed

are they enough and compatible?

I still couldn’t choose the GPS and COMPASS along with SONAR because of the prices. Below I post some sensors that are quite affordable. will they work seamlessly with pixhawk and ardurover?

I really need to order them ASAP and start working because ı know this project will be definetly very hard for me.

this gps şs 1hz and 5v (will it gonna work seamlessly?)

Will this sonar work efortlessly with ardurover?(it is very cheap for collusion avoidance)

I really need to select my components and order them to start the project.

any help is very appreciated.

I think in general it will work but there may be some issues:

Thanks for the reply. I thought 75cm long boat would be enough but you are right. This was the biggest I could find on budget.

https://youtu.be/AHB6hLlgicw this shows the interior of the hull.

So i need to buy a 6 channel receiver and transmitter? Or choosing a different boat would make more sense?

So the sonar gps and compass would work fine?

Actually after looking at the video the boat looks big enough

Re the RC, yes, you’ll need to buy a separate 6 channel (or more) radio.

Okay so I will buy a separate 6 ch rc transmitter
And 6ch receiver?

And a recommended sonar in the rover doc?

Normally the transmitter and receiver are purchased together…

The most reasonably priced sonar we support is this one. I think it would be good though to move in stages. Get the basics working before moving on to more advanced things.

Thanks again. Wow more expensive than the boat

But I need the collusion avoidance so it’s added.

Okay I’ll but the transmitter and the receiver as well.

Thanks a lot. My aim is to run the boat quite slow actually, for the open cv purposes. Max of 15 mins will be enough.

I will start once ı have everything.

Do i need to mount the sonar to gimbal for stabilization? Or does it work well only mounted in a fixed condition. 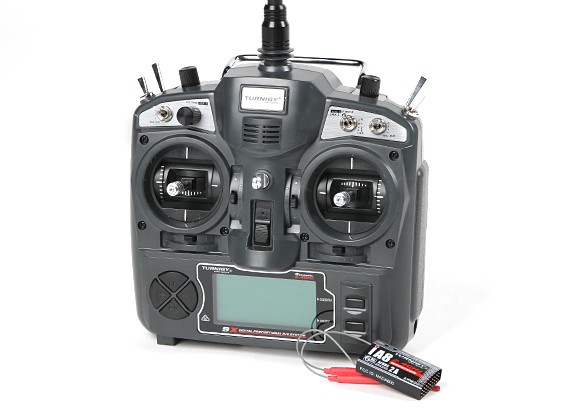 The Turnigy 9X is now using the solid and reliable 9 channel 2.4GHz AFHDS 2A spread spectrum technology, making it compatible with a huge range of receivers.

that combo is 258 dollars

https://www.maxbotix.com/Ultrasonic_Sensors/MB1240.htm i will get this instead since it is supported.
that will do fine right?

The list looks ok to me. I can’t really comment on the odroid too much. I’ve used them and they’re on the list of supported companion computers but we don’t have an APSync image for them so you’ll have to do the setup largely on your own… or maybe use Maverick instead of APsync.

I’m not a fan of the sonar really… all the lidar work better even the low-cost benewake tfmini sonar.

Thanks again. I thought lidar would be too hard. Now after your precious recommendation I switch to Lidar.

Companion pc will not interfere with the boat’a mission a lot. But i was thinking if i had Ubuntu 16.04 on odroid while connected to pixhawk 4 via usb, and mission planner works on the Ubuntu if I’m not wrong tho, could it re plan it like a pc? Because i will run a program like TeamViewer incase of Manuel re planing. But mainly goal is to read gps data, use opencv applications for object detection. When detected an object sending a message via internet along with gps coordinates. So i need lots of computing power.

One big issue is the heat. I’m seriously thinking about the water proofing in plastic tapper wares. I’m afraid to cause unwanted electromagnetic field to mess up with RC and gps etc… But i am not sure about how well odroid xu4 will perform in a fully closed air and water tight box.

I also leaned the brushed dc motors get pretty hot. I’m ordering some small round heatsinks that won’t enclose the breathing holes.

Would it make more sense to deploy the pc at the top back of the boat for better cooling and less interference?

I really appreciate your whole help and efforts. This is a great community. This will be my final graduation project.

I will invest endless hours in it

Re controlling the vehicle from the companion computer, we have some instructions for Copter here. The commands work for Rover as well though.

I wouldn’t worry too much about overheating. I suspect keeping the components dry will be a bigger issue. I use boxco boxes on my boogie board boat.

One thing you might need to be careful about is keeping the odroid away from the GPS because it definitely interferes with the GPS signal. RPI3s produce less interference I think but don’t have as much CPU power.

I’m ordering my parts. For the odroid what kind of tape i should use inside the casing? I will buy this casing for water proofing and EMI proofing
case water proof

but i think i need to shield the interior

Hello I’m ordering the parts yet I had an issue with the procurement of the Century boat.
Is this one suitable?

much expensive with brushed motors maybe there is a better option that is big?

Okay this is almost 1 meter. much better imho. will replace battery with 5000mah 3s xt 60 lipo.

I bought this one. Hopefully it is 1 meter. much better for deploying companion pc, sensors etc and camera.

And since i will use this on open waters it will get less effected by waves.

I just ordered 3dr Telemetry 433mhz in order to control the missions from Ground Control(laptop)
Odroid will only use the gps data from pixhawk and will do it’s own mission via 3G modem.
Can you refer me to documentation or tutorial on how to connect the (motors are brushed)ESC to the autopilot system. boat is 7006 by Double Horse, and acquired as everything else.

Thanks. The 7006 lacks rudder and motors are fixed. Will i be making a rudder? (I thought it would be running on skid steering) Thanks for the reply. And is there any detailed export on esc wiring. Thanks

Ah, ok. Skid steering should also work. The setup is on that same page linked above. there’s no more specific wiring setup instructions I think.