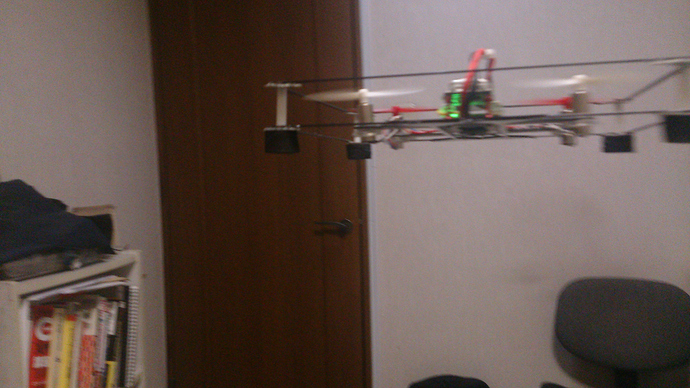 Hachidori which means ‘humming bird’ is a remote sensor/actuator board controlled by ArduPilot running on PC. It’s intended to contribute to ArduPilot, though it’s still in the experimental phase. It’s a tiny open project of DCoJA and the related programs and resources of hachidori are available there.

From hachidori point of view, ArduPilot looks like a UDP server which receives sensor data and sends PWM values back. It’s a classical idea, but, yes, there are many issues with this scheme. See the article for some detail, though they would be obvious for experts. Anyways, here is a flight test of hachidori with a toy drone frame:

This frame is controlled by ESP32 and APM runs on a laptop PC with Ubuntu 4.4.0-lowlatency kernel. Looks APM can control the attitude well. For ArduPilot with the experimental hachidori drivers and ESP32 resources for the frame, the above my article gives the links to them. Almost of them are in DCoJA’s github or my github.

I’m happy if you have some interests in this a bit crazy and classical idea.

Nicely done. OK, so you’ve put all the processing on your laptop and what’s on the copter is just low level sensor reading and output to the ESCs? I’m surprised it flies so well. Great!

Yes, you are right. Before trying, I thought that it’s hard to fly well because of the latency. I guess that the APM’s control system is fairly robust in that regard.

Another flight test with some stick works

The new frame is based on EACHINE E58 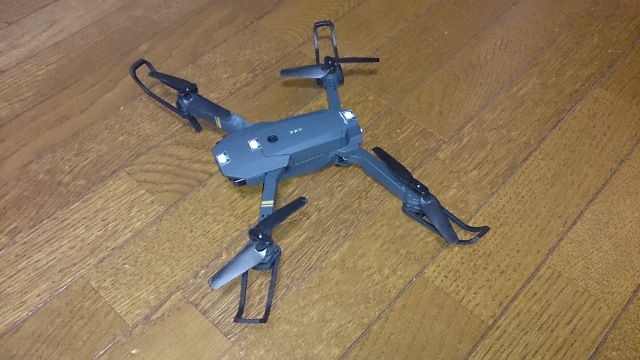 and modded with a self-made controller “bee3b” 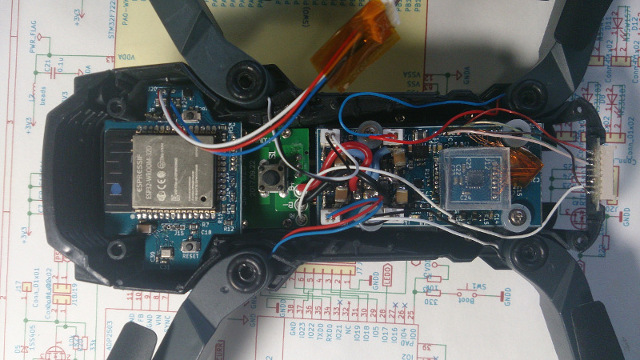 ArduCopter, mavproxy and the positioning program run on the same PC 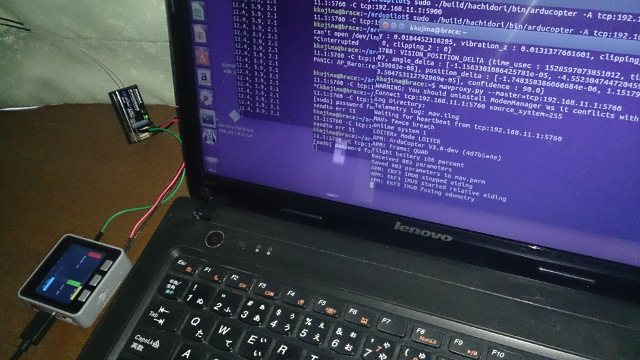 Current sources for bee3b are here.

The first hachidori frame is pretty heavy as a toy drone and can flight 90sec at most. The new one can hover 3~5min and I expect that it’ll help to collect better data for the further experiments.