Using Tower App and taking off in Guided mode works just fine. Then picking a spot on the map to fly to here causes copter to fly to ground level and sit.

Yes, I think there is likely a problem with Guided mode and Tower’s follow-me. I’m not sure which is to blame but it may be caused by us adding support for various altitude types. Maybe it’s just a bug in ArduPilot (that would be easy to fix) or maybe it’s a problem with how Tower is specifying the altitudes. I’ll have a look to see if I can recreate it.

Someone reported that they think it’s flying to absolute altitude instead of relative.

Fly to here does not work with or without Terrain On and Terrain Following On. In the logs I can see the Guided command and it is specifing the height above home position. Terrain data was loaded to SD card.

I did a test flight today using Mission Planner and found that Guided mode worked just fine. So I think Tower must be sending absolute altitude instead of relative.

I can see in the logs where it specifies the Guided waypoint with the altitude but it doesn’t indicate if it’s relative or absolute.

In both cases relative altitude is being used and I wrote some sample code and both methods worked just fine. So I guess its an issue with Tower. It could be that the Mavlink just needs to be updated as the Tower code looks correct.

I was not able to see the raw Mavlink data being sent in Tower to see the actual parameters being sent and the GUID log message only show the correct altitude and not if it was absolute or relative.

Also the code is not in Tower but in DroneKit.

In case anyone else is trying to fly guided mode with 3.4 the beta version of Tower has the fix for this in it already. 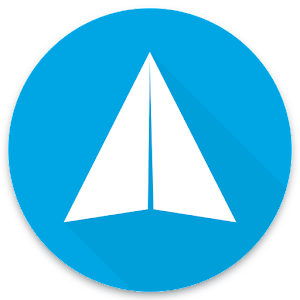 Tower is a powerful and intuitive flight control program. It provides everything you need to plan, fly and track any ArduPilot powered drone. Tower delivers a simple but feature-rich flight experience. It’s also an open-source app, which means the code is available to anyone who wants to build new features into Tower or customize existing ones. Tower features:* Create flights by drawing the paths on your tablet or dropping waypoints. * Because we give you over 10 different waypoint types to c...

Yes, I have tested this on Beta 3 and it is now working again without Drone-Kit.