AHS Internatiional is a professional vertical flight technical society. Much of the presented research was devoted manned vertical flight. This year there were two sessions devoted to UAV research with many of the research projects involving Ardupilot hardware and firmware. Here is the website for the forum.
https://vtol.org/annual-forum/forum-73
Just wanted to share.

Thanks for posting. I couldn’t immediately find the presentations using ardupilot but good news in any case.
BTW, I added a picture at the top of the blog post to make it a bit more inviting. Hope that’s ok.

Sorry they don’t make the presentations open to public. I can post the paper schedule that at least had the titles.

@rmackay9 thanks for sprucing up the post. Here’s a link to the final program.
https://drive.google.com/open?id=0B1F0ST10P14JM2h1TFU0NVZpT1U

U.S. Army presented research using the 3D Robotics Iris equipped with the Pixhawk. They stripped out the ArduCopter control laws and replaced them with an explicit model following flight control law. The model was developed through a system Identification technique pioneered by Dr Tishler. They were actually able to use Matlab to build there control law model and used a technique called pictures to code to integrate the new control laws and compile into the arducopter firmware.
They optimized the new control laws for disturbance rejection and showed results comparing their model to the inherent arducopter control laws. 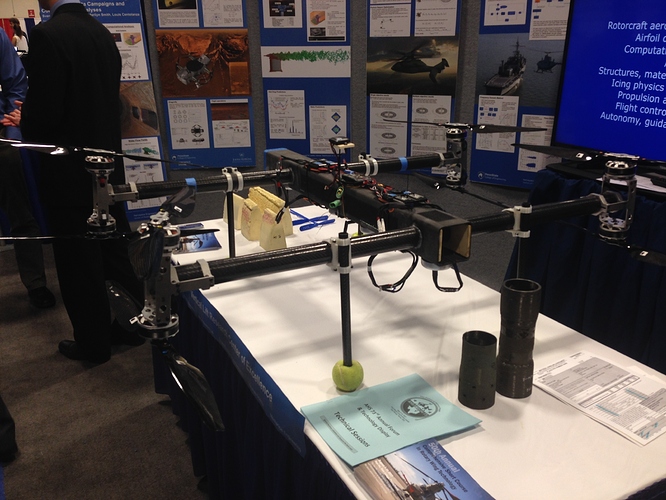 Above is a picture of an air vehicle constructed to operate on a moon of Saturn. This research was conducted by Penn State. 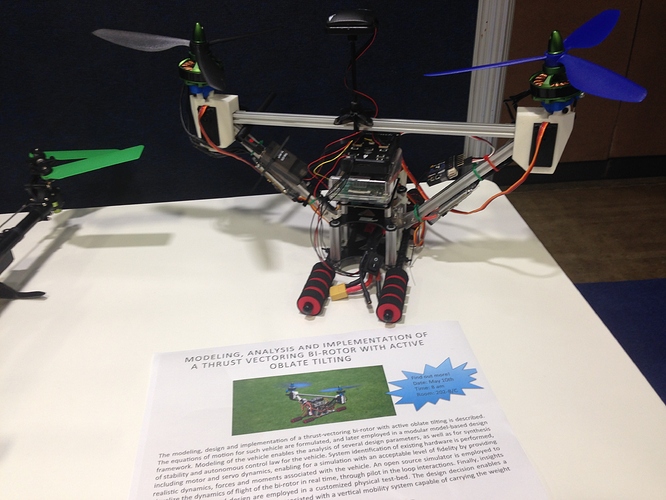 The picture above is a research project conducted by Georgia Tech. It was titled Modeling, analysis and implementation of a thrust vectoring bi-rotor with active oblate tilting.