Good News... funding on the way

Good News, I just got word that our proposal “Unmanned Automated Ocean Survey Platform”
Will most likely be funded in full. Like most my other boats, it uses APM/Pixhawk and mission planner.
This craft will utilize 4 x 300 watt solar panels and golf cart batteries for possible 24
hour operation.

Before I get the funding I starting developing a long range monitoring system using uno and 24bit a/d board.

This system will transmit via vhf radio at 1200 baud, position, volts and amps of everything every 10 seconds

The range of this system will be 10 miles to start but can be increased easily.
I will keep the community updated because you guys have great ideas quite often 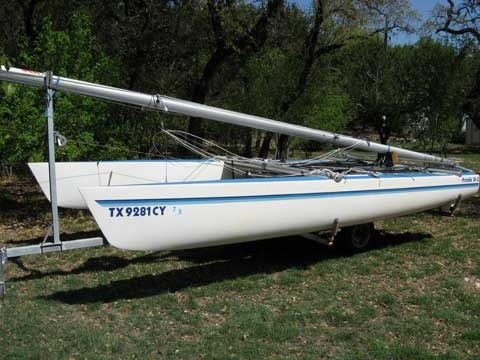 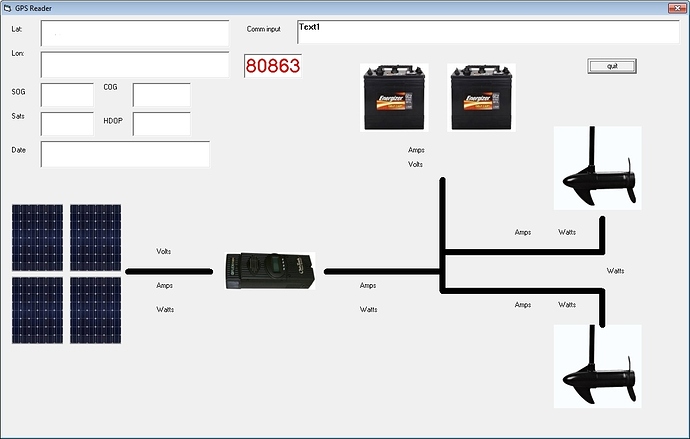 That’s great news. Just an FYI if the range is going to be 10 miles initially you should be able to establish a telemetry link with 1watt radios like the RFD900s. If you put the omni antennas at the top of the mast, use a simply yagi antenna on the base station and it would also help if the base station is up high on a cliff for instance with line of site to the boat even if its too far away to see.
Please do keep us informed.
Thanks, Grant.

Because this boat is being designed to operate 24-7 the operator who could be tens of miles away
needs to know everything about the boat, battery volts, current draw on each motor, current on solar panels.

This photos all the shunts required along with the ESC. 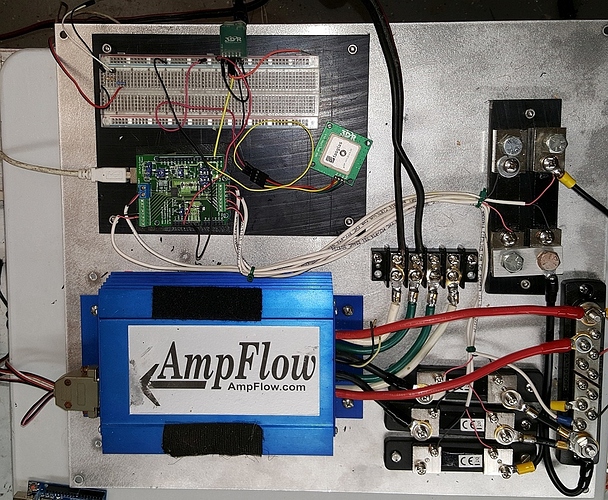 So after installing the Pixhawk and going to the lake, I found the Ampflow ESC is not working correctly…

Anything over 12 amps and it powers back then shuts down… This happens on both Ampflow 2550 that I have.

I have used these Ampflow ESC’s in the past at 12 volts and 5 knots, I tried reprogramming but just can’t get any amps.

Ordered 2 x Mamba Monster 2 ECS… That will fix it…

problem was the 5 foot wire from the battery to the ESC.

The manual said a long power wire may cause EM problems… 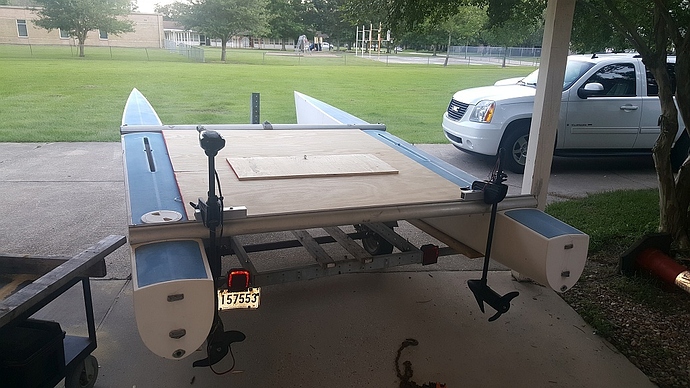 That is an absolutely epic size, Eddie. I’m enjoying your build! 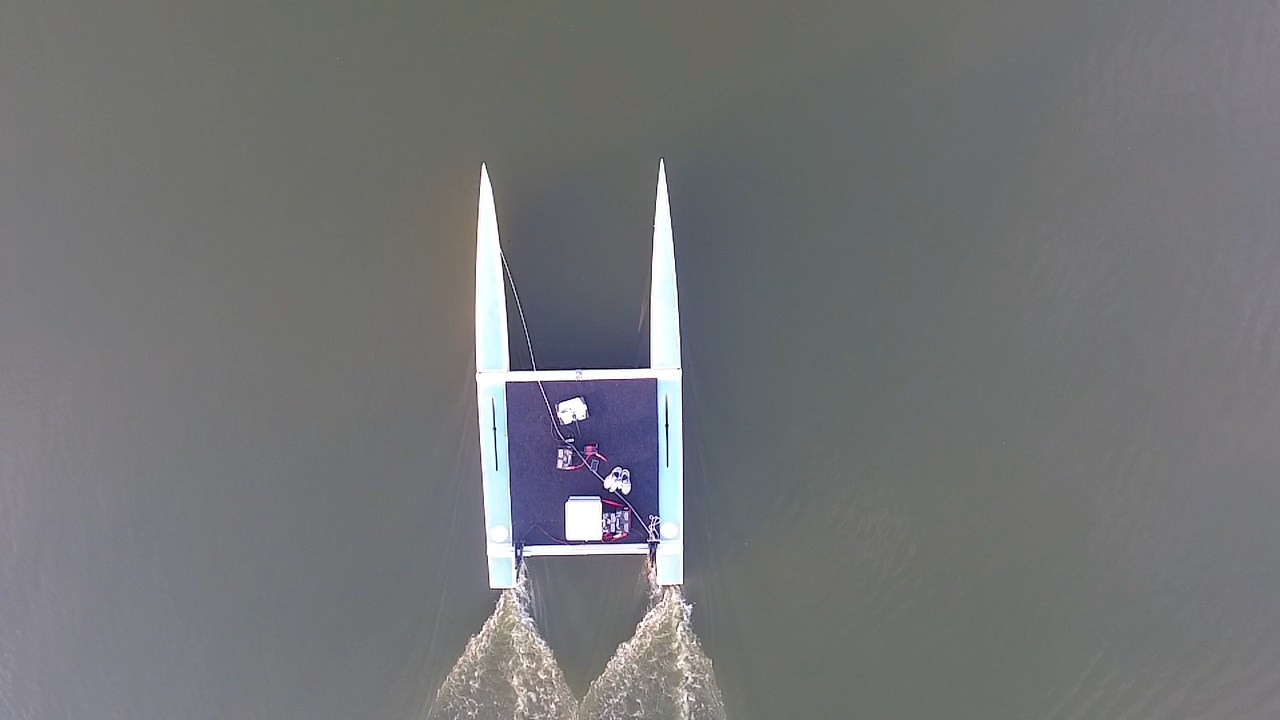 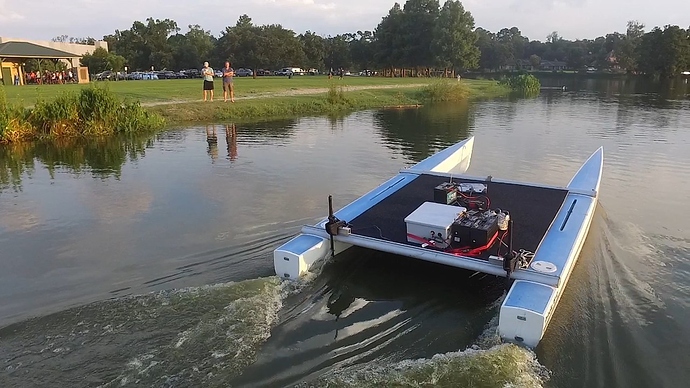 I have a question… On the boat, I have an uno with a 24-bit A/D board and GPS… This Uno uses shunts and
voltage dividers to keep track of everything… Battery, charger, each motor amps… ect

This Uno outputs this sentence every 5-10 seconds

My question, How do I get this sentence back to my laptop 7 miles away… I am going to assume the Dragon link
is out of range at this point… But I need to make sure the boat is still moving.

I priced an UHF system at $1700… doable but there is 300 foot cell tower right in the middle of the work area…
How do I use a cell modem with 2 data plans, to receive that serial data… 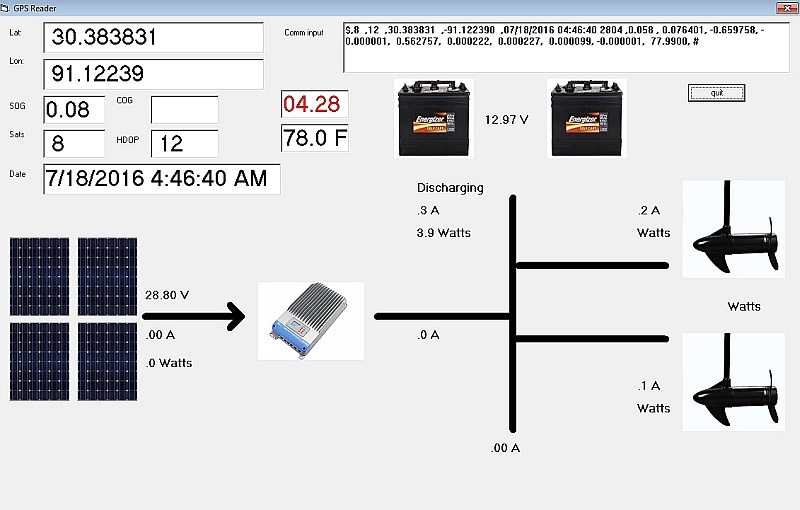 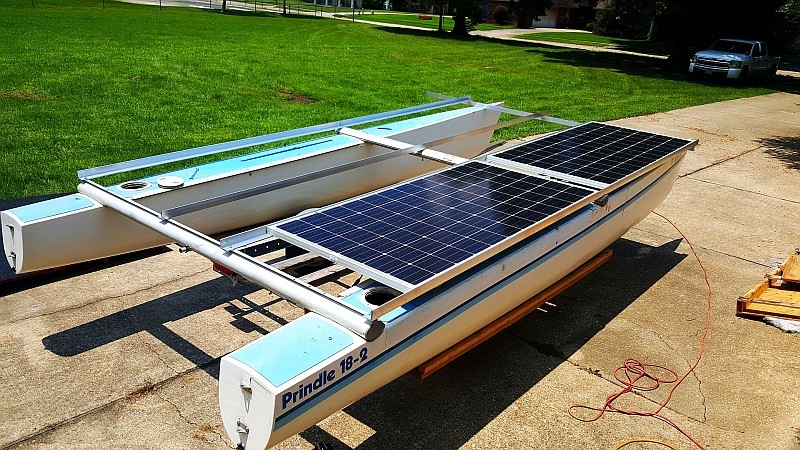 That’s…a lot of surface area! Is this only intended to run during the day?

The energy budget says it should run 24 hours/day.

The only problem I see, strong winds may blow it off course because its forward speed is only 2-3 knots… TBD

Eddie, I agree that windage and waves could cause a problem with it maintaining a course. Center boards could help maybe. At least the boat may want to pivot around the center fore and aft of the hulls. Just speculating. Nice job!

It took all night to get the batteries somewhat flat, then the next day the sun came out strong
and the system charged the 12v batteries at 58 amps !!! … All in my driveway. 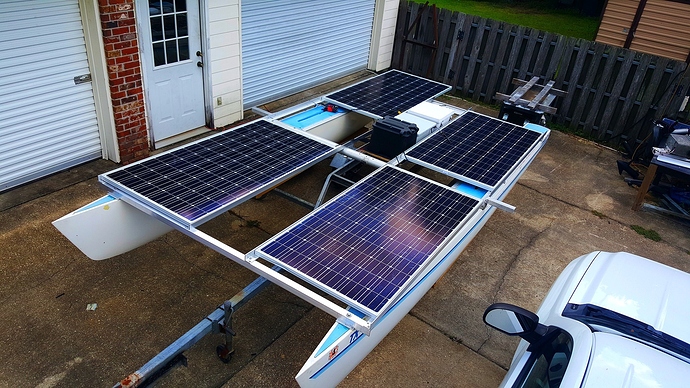 I will run it at 12 volts for a while and see how it does…
The charger can charge at 60 amps… and supply power to the boat at 60 amps at the same time.

Ah 4 panels will do it. I assume they are wired so if one fails it doesn’t impact the other 3. I am guessing that’s what your going for. That and the ability to take maximum advantage of the sun when its out in case you have a number of cloudy/rainy days where charging is almost nil.

That’s 15amps total for both motors? That’s really good if that’s the case.
Thanks, Grant.

Can go much faster during the day 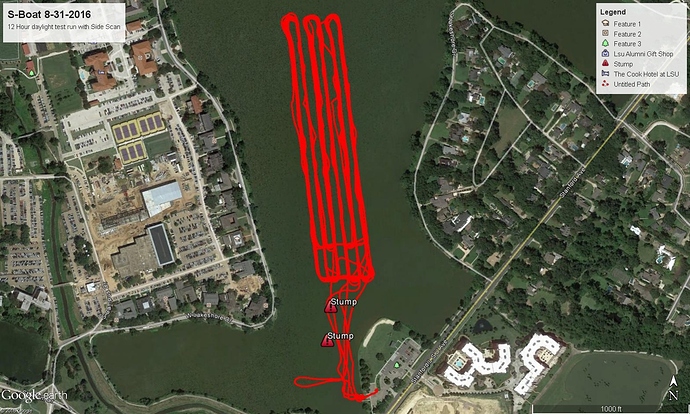 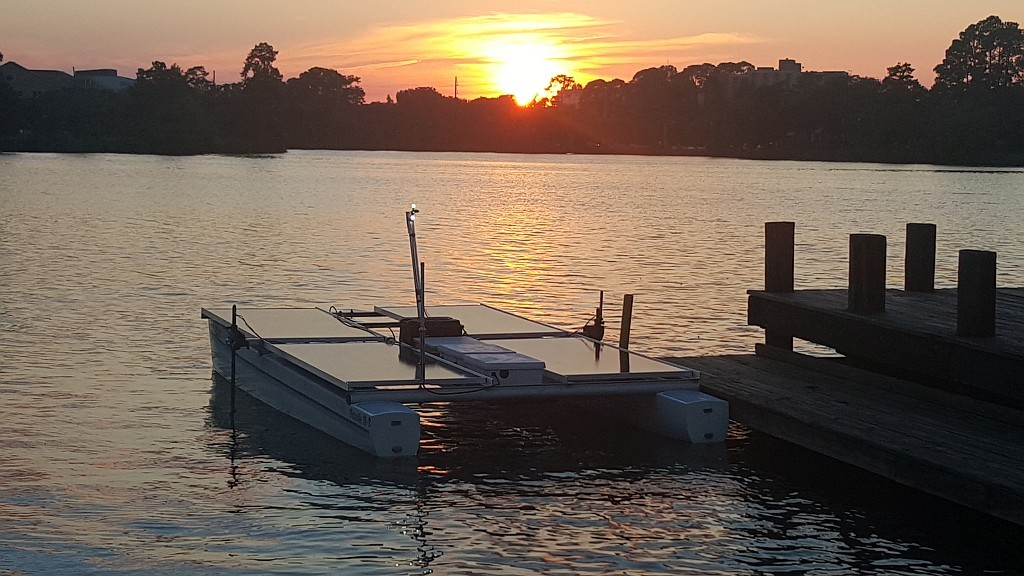