.gitignore not working? after update to python3.x

I’m developing under Windows10/Cygwin (in the meantime I know, that hasn’t been the best choice).
I updated from python2.7 to python3.x so (I think) my IDE changed the file .pydevproject

So I tried to ignore that file (not being aware that it’s still in .gitignore), and from now on .gitignore is also marked as changed?!?
Later I’ve seen, that the filename .pydevproject is still included in .gitignore, but unfortunatelly it’s not ignored.

So has anybody an idea, what happened here? 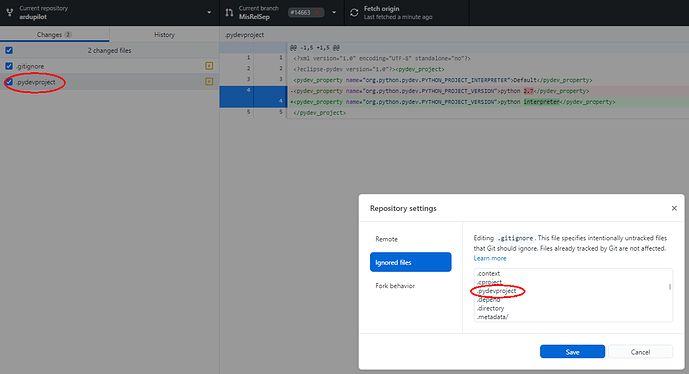 I discarded the change in .pydevproject and all looks fine and is working.

But it’s not a good feeling 'cause I don’t know what happened here.

Maybe it’s a problem concerning “git config core.autocrlf” or “… core.eol” that is struggeling with cygwin.

I think I should switch to Ubuntu when that PR is merged.

nice one ! I can replicate it on my computer … no clue why git ignore doesn’t work with pydevproject

Thank you Pierre - good to know that’s a general problem.