When Mission Planner geotags images, what altitude is being recorded - Geoid, or Elipsoid?

I believe Elipsoid would be the same as MSL.

It might also be helpful to know what reference model is being used. If it helps, the GPS being used is an Here3.

it will be egm96, as all ublox modules default to this

Note - corrections here from my earlier reply because I looked up EGM96 - and it’s a GEOID model, not Elipsoid, as I first thought. EGM96: The NASA GSFC and NIMA Joint Geopotential Model

I had first thought that MSL altitudes were Elipsoid - but because Pix4D allows selecting “EGM96 Geoid” for MSL - I obviously don’t yet have my facts straight.

May I assume that the altitude reported in these EGM96 Mission Planner geotags are NOT MSL?

I’m marking RTK ground reference points with a new ZED-F9P receiver - using U-Center and an Ntrip caster. When it displays coordinates, it reports “altitude” and “altitude (MSL)” I want to make sure I use the right values and coordinate system when entering into Pix4D.

Pix4D seems to only allow selecting EGM96 as an MSL option. 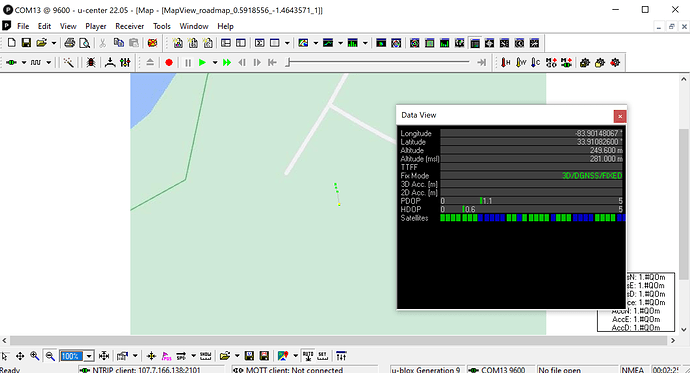 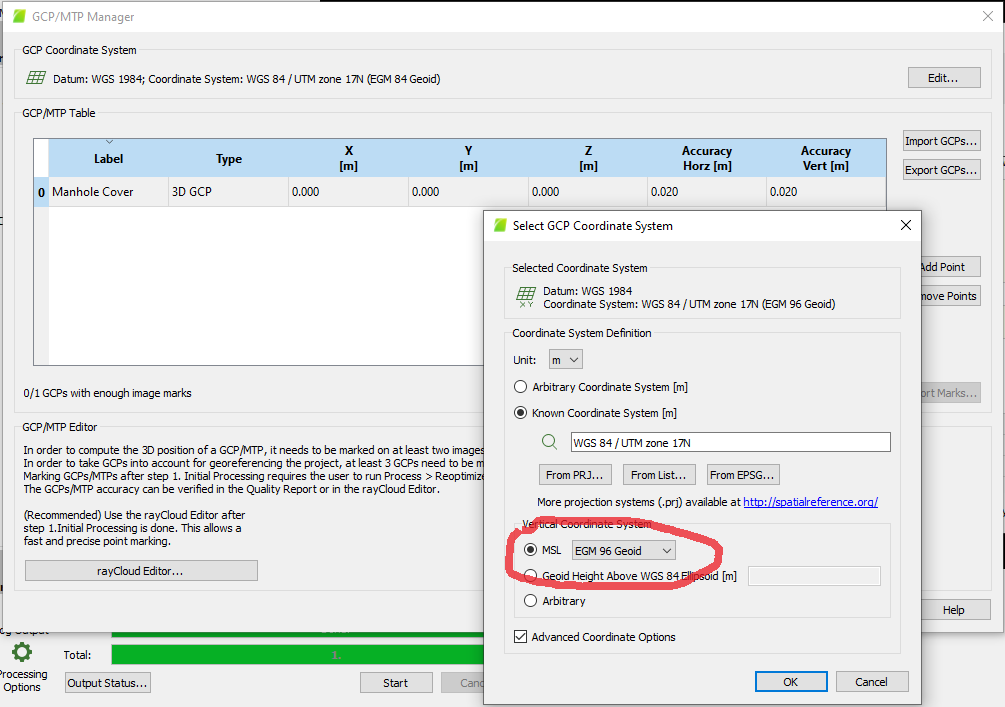 so the real trick here is MP will report whatever the autopilot is reporting… ie its most likely EGM96, and there are a few assumptions to this in the code as well. ie all srtm terrain data is egm96.

so for pix4d, egm96 is the appropriate answer in a stock setup.

It makes perfect sense that when conversions of units are avoided, there is less chance of errors to occur due to things as simple as rounding errors.

I heard from members of the professional surveying community today on the Pix4D communities that suggested that egm96 is a more coarse model of the earth among those available - and not one that would be used on professional surveys. So that seems like something to keep in mind, if not explore.

In learning about how Ublox receivers can be configured via it’s parameters, using U-Center for example, it may be possible to change what models are used for receivers such as the Here3 reports to the autopilot. I don’t know what’s possible. And I don’t know how tools such as Mission Planner offer tools to make such changes.

The exercise has, at a minimum, increased my awareness of the issues - so that in offering photogrammetry products using UAV’s such as ours, I may be able to be more responsive to customer requirements.

there was a change recently to make ArduPilot output the ellipsoid altitude, but this would be for directly connected gps’s that can modify the parameter. IE for a here3 you would need to go into passthrough mode, and change the altitude datum system manually.

Update:
Here3 does output the ellipsoid alt as part of the standard dronecan fix2 message. but ardupilot would need to support it via can

I may end up using a geo data logging device that has it’s own GPS - more hardware to fly, but may benefit the ease of configuration. It will be interesting to see what might become possible when the Here3-Pro is more readily available on the market.

Looks like there are two available options altitude reporting. Ellipsoid is one of them. If there is an option to select just that one in the NMEA messages, that might do the trick as far as altitude is concerned. 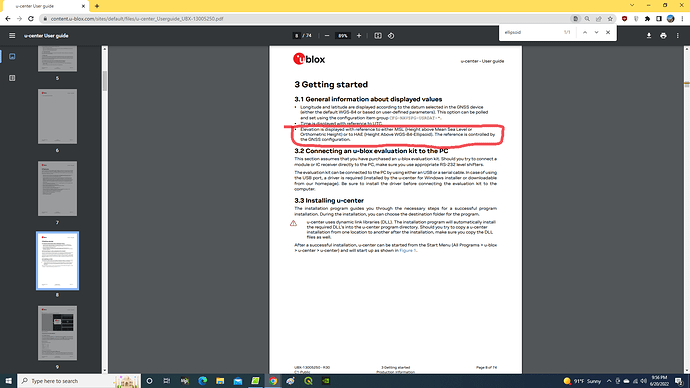