Geofence - Inverting and combining to create a safe-zone "corridor"

Hello,
I saw in the docs that the new polygon GeoFence can be combined with the circular one, to create certain boundaries.

We are doing inspections which involve towers, and need to circle them (with automated flight plans), sometimes in tight areas, with other obstacle sticking up (other towers, buildings).

To increase flight safety, it would be great to have an additional, “inverted” fence which defines a “no-go area” - INSIDE the outer GeoFence. This should thereby create a corridor in which safe movements can happen without a chance of
collision. Ideally, even multiple “inverted” fences should be definable, to avoid additional obstacles.

Having such an additional fence could avoid some serious mishaps (i.e. inadvertently hitting the tower…)

Ideally a RTL path would also be smart enough to circumvent the inner, “inverted” fence, while still making it Home or to a Rally Point. It should “hug” an encountered inner fence on the RTL path, and fly around it in a definable distance.
Once the path is clear, it can fly straight to Home.

Example of outer geofence with inner ones: 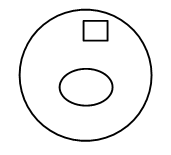 If this is possible already, I’d be grateful for hints how to achieve this - if not, I suggest this
as an added feature.
Thanks for any input or pointers.
camti

Thanks for bringing up this subject. It’s a topic that has been discussed on the dev meetings, and we might have a tentative version on a future version.

What I would ask you is to please open an issue here :https://github.com/ArduPilot/ardupilot/issues/new

If you have the resources to start doing some coding on this, the dev team will be glad to give an hand.

I have posted it, and it was pointed out to me that it already is being discussed here: https://github.com/ArduPilot/ardupilot/issues/391

Note that this feature now has been implemented by @peterbarker and is scheduled to be included in the new release:

If used correctly, this should really push flight safety forward another notch.