I’ve recently joined a project to create a drone boat with a pixhawk. I am now at a point where I want to add a failsafe for when the radio controller loses connection with the receiver. I am using the Futaba T14SG radio controller and the R7008SB receiver.

The method I’ve found of realising the failsafe is by setting a failsafe within the radio controller at a lower pwm then you’d normally be able to send. I would then be able to pick up on this lower pwm within the pixhawk and go from there. But that’s also where the problem lies. The channel I use has been set to Failsafe mode instead of Hold mode and should give a failsafe that’s below my usual values when the controller loses connection with the receiver. But if I turn the radio controller off, the received value stays what it was before the controller was turned off.

This is what the Fail safe menu looks like on the radio controller. The other settings remain to be done at a later time once I understand how to set it up properly. 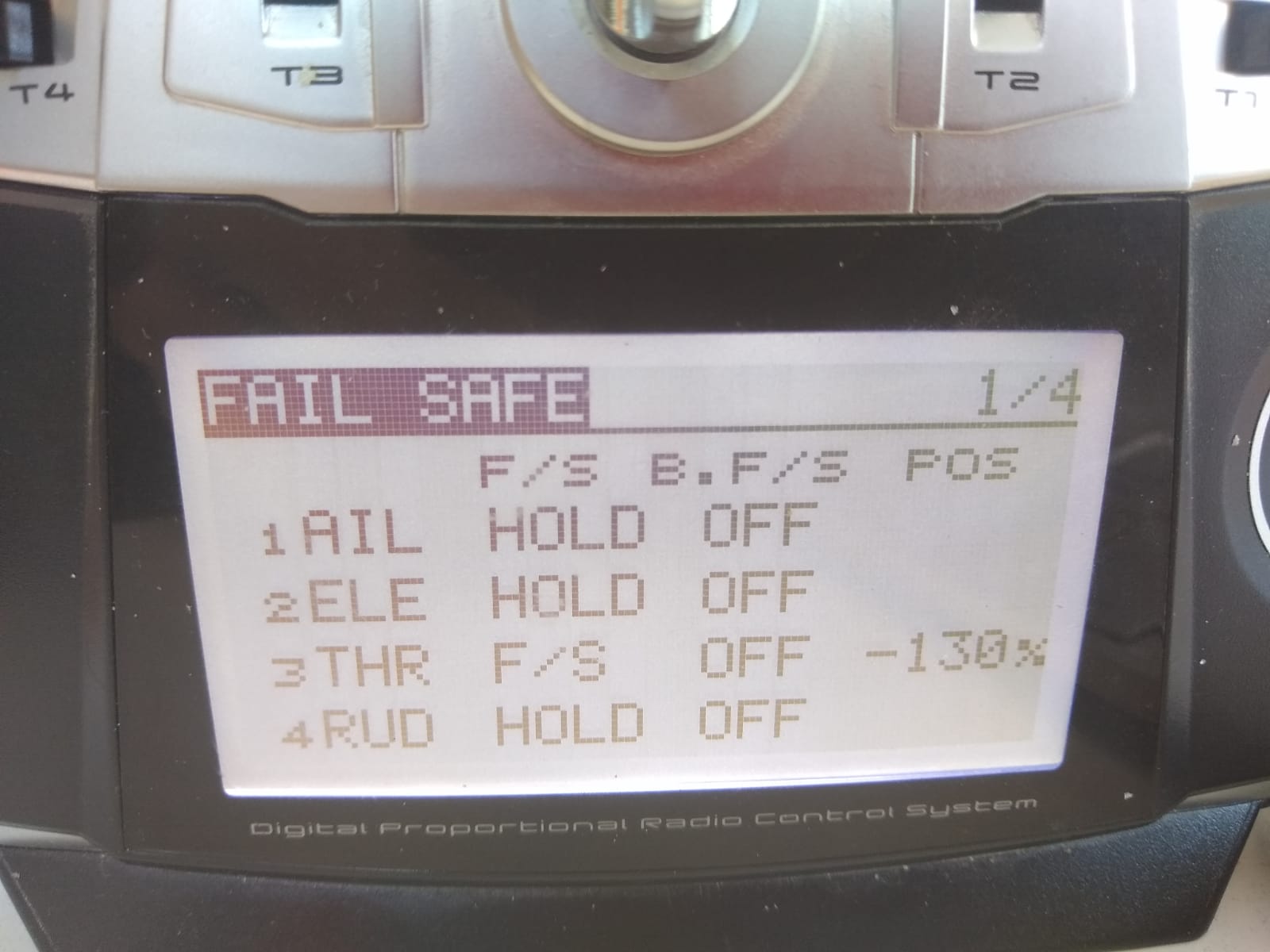 After holding the radio controller at it’s highest point and turning it off, it remained at that highest point. Radio 3 was the value being used in this case. 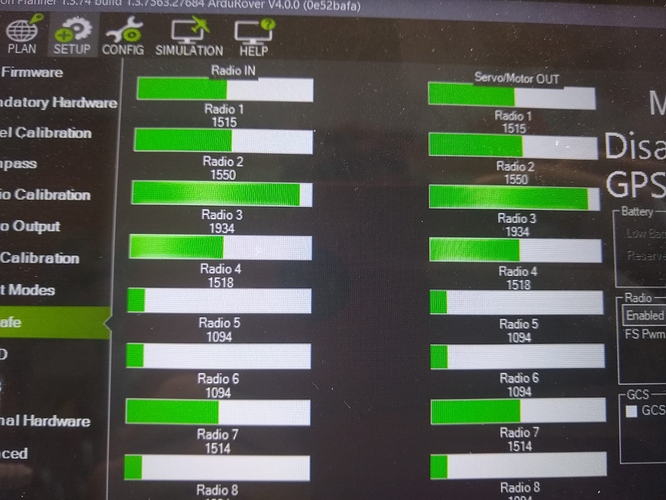 Is there anything obvious that I might be missing or doing wrong? Thanks in advance for all responses.

Update:
The values still aren’t dropping to the predetermined value, but the system is going into a fail-safe state whenever de radio controller is disconnected. I’m not sure what causes this fail-safe as it doesn’t appear to be the radio controllers fail-safe. I’m thinking there might be a build in fail-safe in the R7008SB receiver that I’m using, but I can’t seem to find anything to support this theory.

I also tested wether or it was just a visual bug with the mission planner software and the value just weren’t being updated withing the software. But this wasn’t the case either since I’d still see the held values after they left the pixhawk.

I will still continue to try a few things, but I’m not sure where the issue could be.