So that others may learn from the experience, and take corrective action.

This was mine, Still dont know what caused it. Luckyly it didnt get much height and crashed into the houses. https://youtu.be/bOjTafRCTj8

I had gotten a V2450hd for Christmas and it flew away every time. The last time it landed in a tree and I couldn’t reach it.
I ordered the v2450gps to stop the flyaways. I found the other one the day I got the new one.
So far no fly aways

Well I finally had mine flying great again! And then I lost it in the top of a tree.

But, it wasn’t totally my fault. I was flying sport and having a great run of it when the crit battery failsafe kicked into RTL it happened at the WORST possible moment while I was straffing around a tree. It RTL right into the top of the tree…the very top. It’s still there. Sigh. I didn’t even have enough time to switch modes and save it.

I wonder if maybe there could be some logic that before transition to the failsafe mode that it would do brake mode to get it to stop moving as fast as possible. Anyways I’m waiting on a strong wind…or a longer stick. Lol

Haha! Praise the Lord for a windy day. My drone is down! Lol

Had something similar happen . . . was in Auto mode doing “laps” on a route with touch and gos . . . the GPS sat was obviously tracking east and on the last lap it tracked right into the tree that it tracked within 20ft on the previous lap . . . was able to retrieve.
I thought I saw an “object avoidance” parameter somewhere?

Gave it too much throttle before it had a lock and it just zoomed away. Saw it go over a large building then lost connection. Went looking for it and found it had crossed a busy main boulevard and was hovering over a Starbucks, and had lost a rotor guard. It was quite the effort to get it back down but I got it. Moral, don’t take off before a confirmed GPS lock.

Hmm… that shouldn’t have happened. If you take-off before you have a GPS lock it’ll just remain in Alt-Hold mode until it gets a lock, at which point itll set the home point to the current location (wherever you are currently hovering) and switch to Loiter. Actually this is an added feature of Toy_mode, that the normal AP master doesn’t have.

The more likely scenario is you “thought” you had GPS stabilizing the drone, yet it was in Alt-Hold mode, so it wasn’t, and you didn’t control it to keep it in place. I’m not bashing on your flying skills, just pointing out that if you’re expecting the Flight Controller to be keeping it in place and it isn’t, then it’ll certainly fly away on it’s own.

Even in Loiter, you always want to keep your fingers on the sticks in case you get a huge gust of wind (which the SV surprisingly handles well) or you become a victim of lot’s of multi-pathing (which the EKF only handles for a VERY short amount of time)

I’ve only been flying for a week or so so I am for sure an absolute hack - still much to learn. Thank you for this insight.

Welcome to the world of drone flying!

Not really a horror story but a FYI . . .
After losing 3 main rotor e-clips, in flight, on different rotors at different times . . . I have started putting a drop of hot glue on the clips to prevent this. Luckily I was able to locate the gear and prop every time. 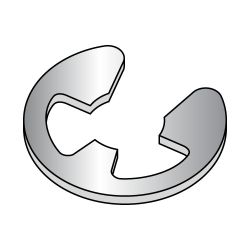 It also seems to help if you add a second 2mm flat washer to the propshaft, one above the bearing and one below the bearing. There is quite a bit of slack in the stock configuration and adding a second washer takes up most of this and prevents any hammering of the e-clip when the props spool up.

so one of my motors went out and I returned it to the store had a brand new one out of the box with a fully charged battery and updated firmware. I use the mission planner mostly now ( QGroundControl since skyrocket can’t get right. lol) any way I have flown this same mission several times so I know 1 it will stay connected to the laptop and 2 that it is more then capable of completing the mission. so it takes off and starts following the waypoints I mean way point on the way to the first one it looses connection and its out of sight out of mind don’t know where it went when I look at the log for the ground control it shows me where it lost connection however it is no there wtf man come on skyrocket with theses hit and miss surprise drones. I almost own all of the drones you all have put out only missing Spiderman with cam; but this journey release has be by far the worst 3 out of 6 have been ko out of the box and out of the other 3, 2 of them motors burned out and 1 just flew the F*** away $120 gone like URRRRRGGGGGG I love you as a brand and history. However, this upgrade from the stunt drone all the up to the 2700gps has made you all look bad. The old ones were durable motor change was simple and my old journey never flew away tighten up Skyrocket or you loose the true customers you have.