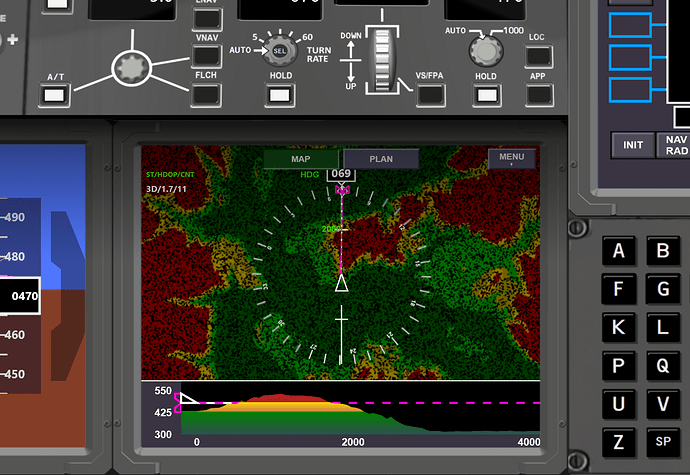 This is my first blog post on Ardupilot.org. Until now I usually posted news about my project in other blog spaces, but as my project strongly depends on ArduPilot as flight controller, I feel this is the natural place to present my project too.

The post belongs to a series called “FlightZoomer 3 Innovation Previews”.

On the image above you can see one of the coolest features for the next release of my FlightZoomer apps:
There is a terrain elevation map and a vertical situation display. The look-and-feel strongly borrows from the VSD (vertical situation display) and the TERRAIN display of the Boeing 787 (after which FlightZoomer is modelled). The ergonomics, that are developed for professional pilots should be good enough for drone pilots as well!

To see how the changing colors provide excellent situational awareness about the proximity to terrain while flying, I strongly recommend to see this video here:

The following explanations provide some interesting background information about these features:

On this picture we see the VSD (Vertical Situation Display):

On this picture we see the Navigation Display with the terrain layer switched on: 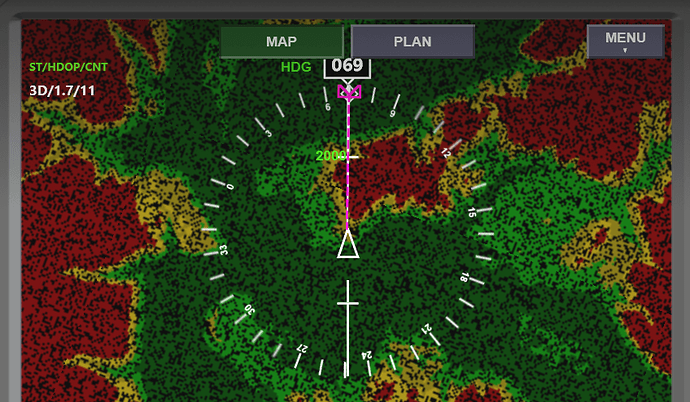 Again the colors have the same meaning as above.

How should yellow terrain be interpreted?
It is perfectly normal and acceptable (actually unavoidable), that the terrain will turn yellow on a final approach. On the other hand yellow terrain poses an increased risk of a CFIT because of obstacles or inaccuracies of the system.

Some more details about the implementation:

And - for those who think “I have no idea what FlightZoomer is all about” - here are some high-level buzzwords about FlightZoomer:

Looks great. Is it a Windows based application? More links to find out more information would be great.

Hi Martin!
This looks like THE SYSTEM for long range, beyond line of sight operations, of small fixed wing UAVs. On a sufficiently large touch screen, such as a Microsoft Surface Pro 4, this system would quite possibly meet future FAA requirements for BVLOS UAV ops.
Does FlightZoomer 3 also have the ability to display ADS-B IN data? How about ADS-B OUT?

@Grant
It is Windows based but no longer just Phone. It is a fully fledged UWP app.
Sorry for the missing links. On my homepage http://flightzoomer.com/ you can find plenty of information and documentation. The documentation still covers version 1.5 and 2.0 but as the version 2 and 3 mostly just extended the existing capabilities the information is still mostly valid (Dave knows, right

@Dave
The mentioned hardware would be super suitable. Also the use cases certainly include BLOS operations. Whether the apps would be easily certifyable if standards like DO-178C would have to be applied is another question.
ADS-B would certainly be doable and even quite easily so. I will however keep this for one of the next releases…