Never seen this before. Flight plan doesn’t show the green line to the last waypoint. As you add waypoints the last added is floating all by itself. If you switch to spline, no path is shown at all. But not only don’t the spline waypoint show up, there’s nothing populated in the columns below. I’ve un installed and re installed with no change. Works on other peoples laptops with the same build version 1.3.37. Picture one shows the abandoned waypoint. Picture two show none of the spline waypoint and nothing in their respective fields. 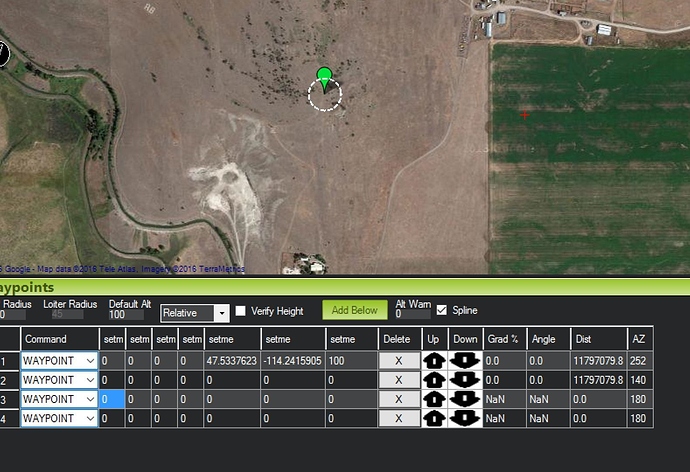 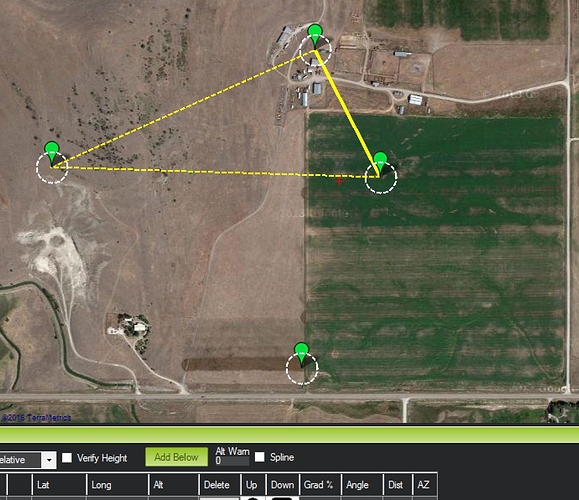 Do you have a home position on the map to start with?

Thank you! Once I connected to the mulitrotor, everything started working properly.

@markM was correct, you need to define a home location.