After building some copters, I have decided to try something a little crazy this time.

I came across a cheap (55€) Parkzone Habu (EDF Foamie) that I’ll equip with a Pixhawk and quad motors.

1. Yes, this is bamboo in the picture, yes, I’ll use carbon tubes. I just had those around and tried out different configurations.
2. The aft arm is too close to the wing in the picture, I’ll make sure to have full prop clearance.
3. This is not the Tx I’ll use - I just didn’t have a spare FrSky one at hand for testing the servos & the EDF.

Here is the part list I came up with so far:

I’m fairly certain this won’t be the prettiest plane, won’t have the longest flight times or any payload capability. But I noticed there isn’t any EDF quadplane, so I thought, why not try it?

I’m really thankful for any feedback!

I think that there is no EDF quadplane because usually EDF go fast and the drag of the 4 motors and props will be noticeable.

If you want to fly fast and just have fun why don’t you buy the Eachine Mirage ?

It’s more about building, learning and making something new than achieving a perfect outcome. I want to find out how fast a cheap quadplane can get.

But I actually looked at the Mirage last week, thanks for the suggestion!

Hi guys, here are some updates on the project for anyone interested.

I finally had some time to assemble most of the conversion stuff, so this is what it looks like at the moment. 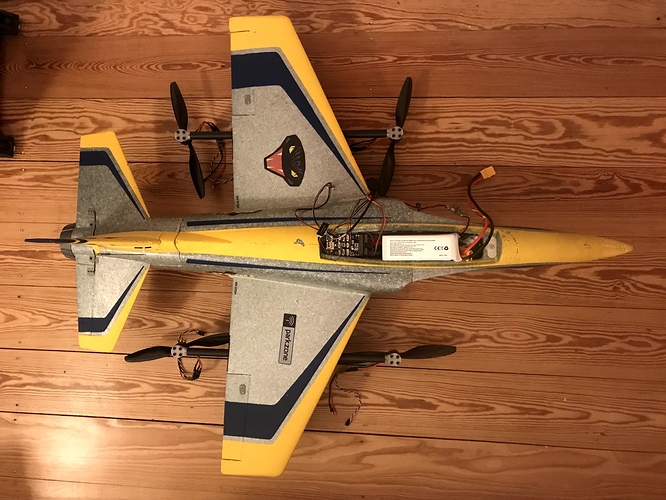 Front with lots of cables 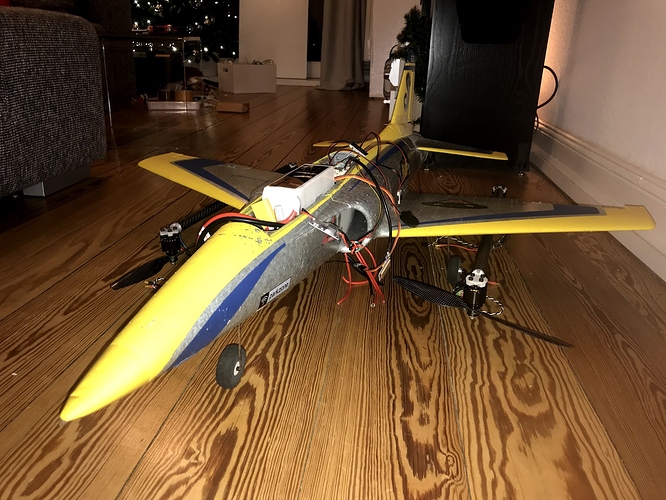 Bottom side with brass profile for more wing strength 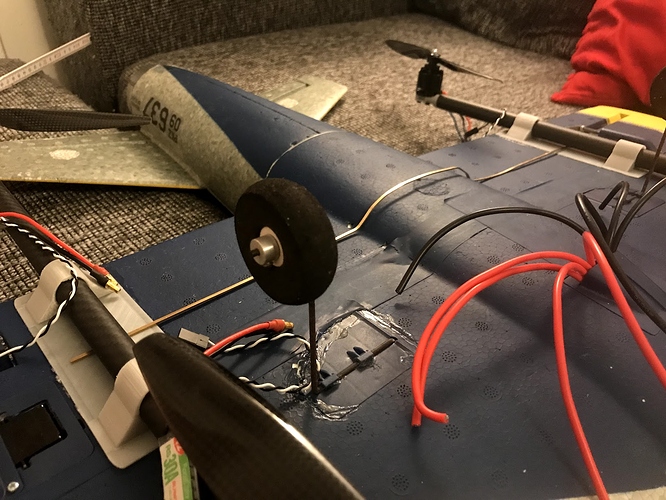 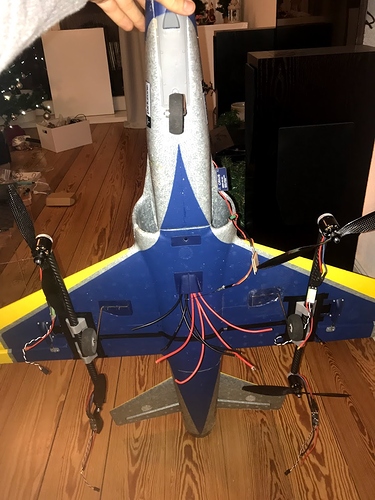 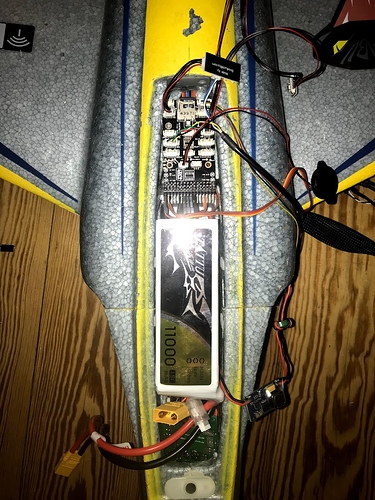 View from the side, lots of work still to do 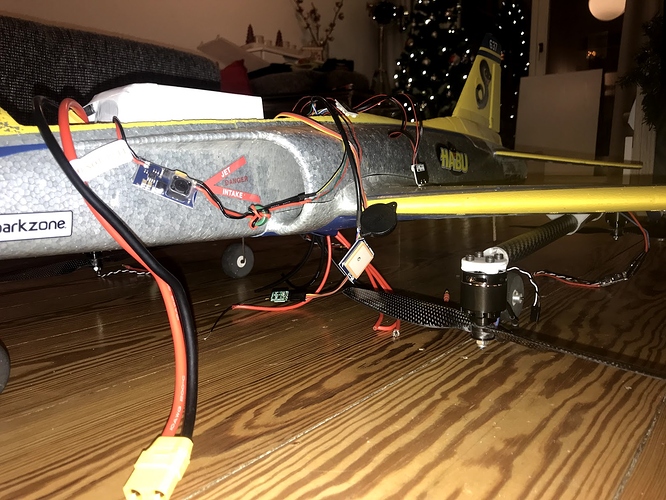 Cheers and Merry Christmas from Hamburg!

Great job! I like those 3D printed boom mounts. I figured that it would be a tight fit for the Pixhawk but it seems to have worked.

I still have my Habu from my review here almost 8 years ago! Today, it looks much different with retracts, wing tip tanks, and an upgraded power system.

Good luck on your conversion project and Merry Christmas from New York!