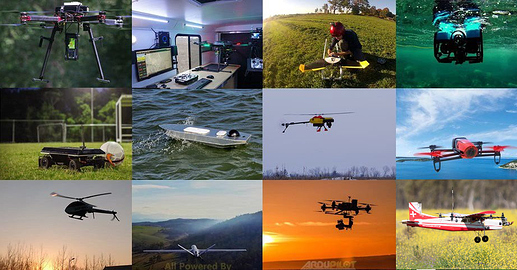 Perhaps not as interesting or exciting as most blog posts, but worth sharing none-the-less.
The weekly ArduPilot Development Call (https://ardupilot.org/dev/docs/ardupilot-discord-server.html#weekly-dev-calls) is held at 2300UTC each Monday. This has worked well whilst the majority of the team has been based in Australia, East Asia and the USA, but is somewhat unfriendly for Europe and India. To accommodate an increasing number of contributions and participation from around the world, this week we held our first Euro Dev Call, at 0700UTC Wednesday, on our Discord server (https://ardupilot.org/discord). This time was seen as workable for Europe, Africa, India/Asia and Australia, but is less friendly for the USA (particularly east coast). With 10 attendees (pretty good for the first call), some important work was progressed.
Obviously I won’t continue to report on these as blog posts, but I felt it was important enough to share the first one.
Thanks to the attendees and core team for a successful call - as a truly global project, it’s great to be able to be inclusive and enable everyone to participate (or even just listen) in the important discussions that happen during the Dev Calls, and continue pushing ArduPilot forward.
A summary is below:

https://github.com/ArduPilot/ardupilot/pull/14477 - Sid
PiccoloCAN and ToshibaCAN needs further testing. Francisco to do KDECAN test when has time.
Sid will incorporate AP_Periph changes as a separate PR, then follow on with additional tests.
Tridge: AP_Periph bootloader will be tricky. Probably won’t fit on F1. But restructure is a lot cleaner, keen to get it in.

https://github.com/ArduPilot/ardupilot/pull/14299 - Andy Piper
Some quite significant changes, but lots more tests which is good.
Needs to ensure that this doesn’t trigger a long loop - particularly stopping old log.
Test on hardware. Peter Barker to go through it at least once more, then can merge.

https://github.com/ArduPilot/ardupilot/pull/14823 - Sid
Would be good if DevOp could test. Needs mavlink2 extension to handle banks.
Need to make sure device recovers from errors. Looks good in general.

It was very nice to be able to attend a devcall without sleeping most of the time !

Nice work guys. I missed jumping on this. 1AM was a killer lol but then I don’t matter haha.