I have a thought experiment. What is the feasibility of a small craft that tows an inflated 18" balloon that is to sit on the surface of the water and loiter against wind loads? Here are some preliminary requirements.

Good luck. Your price point is a bit off.

Maintaining position accuracy of any sort with no GPS signal and not external information is extremely difficult. Even with GPS signal 0.5m loiter with a boat is tricky.

If you fitted a bumper of some sort around a more usual boat chassis You might get one for less than $1500 without development costs. What do you currently use for markers?

If you were to allow a GPS and telemetry antenna above the water surface then it becomes a much easier problem. This would be less than 100 grams or so, nothing massive, the rest could be underwater as you suggested, still not a easy vehicle to design.

I don’t think a bumper is feasible unfortunately. Depending on class, the race boats weigh 2.5 kg to 4.5 kg and go 40 mph to 90 mph. A 4.5 kg boat striking anything at 90 mph would blow it to bits and heavily damage the race boat itself.

For marker buoys currently we either use styrofoam (expanded polystyrene) hemispheres about the size of a volleyball, or else balloons. These are anchored to the bottom of the pond with weights plus either sub-surface buoys or buoyant rope. The idea is that when the marker buoy is destroyed you go out with a rowboat or motorboat to replace it, and the rope is still there safely under the surface.

I wonder if each marker craft could drop an anchor. Before the race starts the craft would submerge and the anchor would control the marker buoy position. That way losing GPS signal would not cause a problem.

For reference, anchors can be as light as 4 kg if iron (more if concrete). Lighter is possible but they become more prone to being knocked off position when a race boat strikes the marker buoy. Maybe if the craft could reposition it on demand the anchor could be lighter, say 1.5 kg.

Towing the anchor back and forth from shore would add a huge amount of energy required, but it could work around the GPS water penetration problem.

If we leave the anchors in situ, what way could the craft find the rope and attach a new marker to it?

I wonder if instead of motoring to shore and back each time a marker buoy needs replacing, the craft carried a magazine of markers. I’m envisioning 10 uninflated balloons. It would inflate a new balloon on demand to replace a popped one.

Does anyone offer a low-cost, small-size underwater acoustic communication solution? That would enable signalling the craft to surface, submerge, return home, etc. Even with low bandwidth it would still be infinitely useful.

No, not even at high cost and not far ar 2.4Ghz(<<1m ). This will not be an option or you would see untethered RC Rovers. We had an ELF transmitting station here in Michigan at one time for submarine communication. The antenna was 90km long.

Maybe you could replace your manned rowboat with a bait boat like setup to drop the anchor and buoy.

Right, so the anchors would be set by a craft that comes back to shore when done, completely out of the way.

From there maybe the magic would be to use heavy anchors each rigged with a magazine of buoys, not necessarily to have something that adjusts light anchors or comes all the way back to shore for fresh buoys.

I understand the requirement for minimising potential for damaging collisions with course markers but would encasing the GNSS/telemetry antenna in a styrofoam/polystyrene/polyurethane block as the course marker be acceptable? Both these antennas can be relatively small and with 200mm+ coverage in all directions, should present minimal additional risk over the foam marker alone. Such material will essentially be transparent to the signals they transmit/receive and with accurate global positioning and base station comms, things become much easier…

Maybe encased like you suggest but also break-away from the anchors or submarines. A magnetic connector on the cable like an Apple “magsafe” might do the trick. 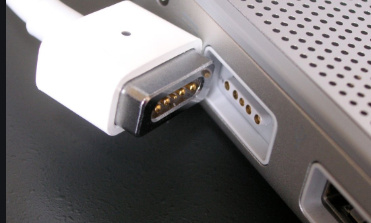 Could the marker be powered itself but not submerge? Essentially a marker boat. An omni configuration could work maybe. Run it to position and then loiter.

That is how I would do it.

Only if a 4.5 kg race boat hitting it head-on at 90 mph would not be damaged and such impacts would not cost much time or money to re-assemble, sure. That is one of the primary challenges and why I was considering submerging or some sort of break-away scheme. I’m open to ideas.

To give you an idea, the video below shows Martin Truex working on the NAMBA X Hydro (twin 15 cm³ engines) 2-lap record. The (red) buoys on the water are the markers we’re talking about. His quickest laps were 16.7 for 2 X 1/6 mile = 71.9 mph average. Speed entering the turns is over 90 mph. Imagine his boat hitting a marker boat.